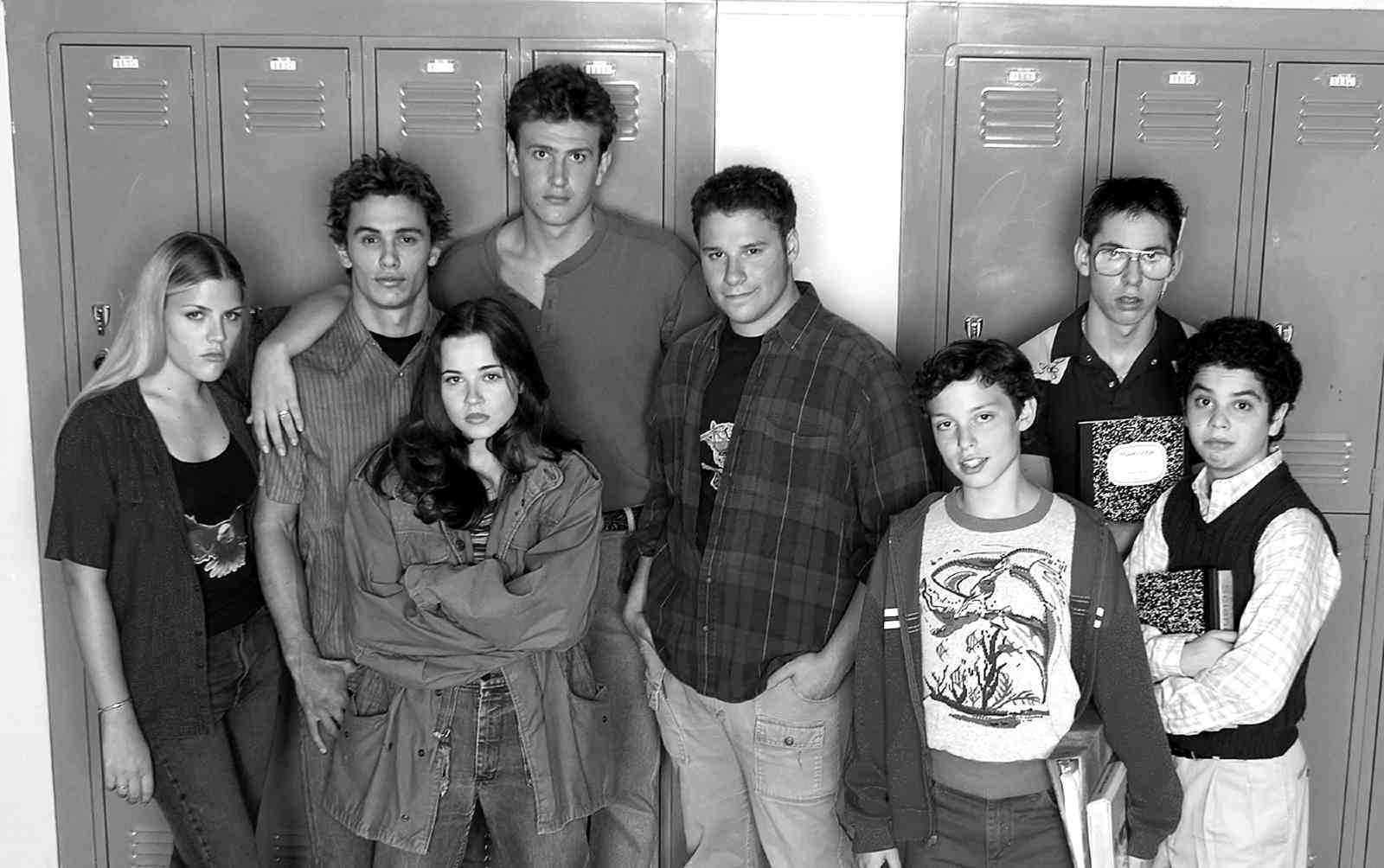 A hidden dramedy gem: Set in the 80s, Freaks and Geeks follows two high school groups: the nerds — featuring 14-year-old Sam who can be seen reading Crime and Punishment and loves trick or treating — and the burnouts — featuring Nick, who is usually stoned and mourns the death of Led Zeppelin's drummer John Bonham like it’s the worst day of his life. Our protagonist Lindsay Weir, who never takes off her army jacket throughout the show (even at prom), is lurking somewhere in between. After her grandma dies, the former mathlete goes searching for meaning in unlikely places, including the smoking patio where the freaks hang out. Do not let the fact that it’s a teen dramedy turn you off: Aired back in 1999, this is the show that launched the careers of Seth Rogen, Jason Segal, James Franco and many more.

⚽ The two-week international break is in effect so there’s no club football until Friday, 10 September. The World Cup qualifiers get under way tomorrow though, with Egypt playing Angola at 9pm, and 13 European ties taking place.

The transfer window closes at midnight tonight: Clubs across Europe right now are scrambling to get last minute signatures before the window slams shut until January. We’ll have a wrap up of what has been one of the craziest transfer windows in recent memory in tomorrow’s EnterprisePM.

The women’s national football team has made it to the semi-finals of the first Arab Women’s Cup, after drawing 2-2 with Tunisia yesterday. The semi-finals will kick off on 3 September where the Pharaohs will face the runners-up either Jordan, Algeria, or Palestine, and the final will be played on 6 September.

🎾​​Showman Nick Kyrgios is out of the US Open after losing in straight sets to Spaniard Roberto Bautista Agut. Got time to watch just one match today? Catch France’s Gael Monfils taking on Argentine Federico Coria at 8:15pm CLT. Have time for two? We’d probably check out the first round clash between American Reilly Opelka and South Korea’s Kwon Soon-woo. The face off starting at 5pm.

RANDOM ENDORSEMENT- Naturesta hot sauces, the made-in-Egypt condiment that we’re using as the base for our homemade Buffalo hot sauce these days. It’s consistent, delightfully hot without being overpowering. And best of all: Nowhere near as salty as Frank’s Red Hot. (We love salt, but … damn. OG Frank’s is just a bit too much.) Naturesta also makes other varieties including chili and lime (very nice) and extra hot, but we recommend starting with their original, organic variety.

Want to make your own Buffalo hot sauce without crappy seed oils and preservatives found in most supermarket stuff? Melt butter. Lace it with Naturesta’s organic hot sauce to taste. Hit with with some freshly cracked pepper and a liberal lacing of garlic powder (NOT fresh garlic — the powder is a spice unto itself). Feeling brave? Add a pinch of MSG. Whisk it together and serve. You can thank us later. Naturesta is on El Face and the IG and also offers lines of ketchup, mustard and other staples. You can find it in Gourmet, among other outlets nationwide.

If you’re in the mood for seafood: Whether you’re in Sahel or Cairo, Asmak is arguably one of the most well-established seafood restaurants in the country. This is the local go-to restaurant for families and friends with relatively reasonable prices. As is the custom at most fish places, there is no menu. Instead, you handpick the fish from a wide selection of fresh choices from red mullet, to sea bass, fillet and salmon. Their grilled shrimps with butterfly sauce is one of a kind and their seafood soups and pastas are a must-try. Expect chaos in the restaurant, but it’s worth it.

Zawya is kicking off its Stanley Kubrick retrospective tomorrow as part of its September program, including a handful of films that will be shown on the big screen for the first time in Cairo. Starting with 2001: A Space Odyssey (1968) tomorrow, the cinema will screen one of Kubrick’s movies every day (except Saturdays and Sundays) until 25 September. You can find the full schedule here, and book your ticket online here.

As the daughter of one the first Black female physicians in the US, Libertie is expected to follow in her mother’s footsteps. But Libertie doesn’t think it’s the right path for her as she’s into arts rather than science. She is faced with tough decisions, and at times, she’s her own worst enemy. Being a free black women physicist living in Brooklyn during the time of slavery, she opts to get married and journey to Haiti to start a new life. Author Kaitlyn Greenidge interweaves the themes of history, culture, and religion in light of her protagonist’s search for the meaning of freedom.