POLL- How ready are Egypt’s K-12 schools to comply with the gov’t’s vaccine directive? 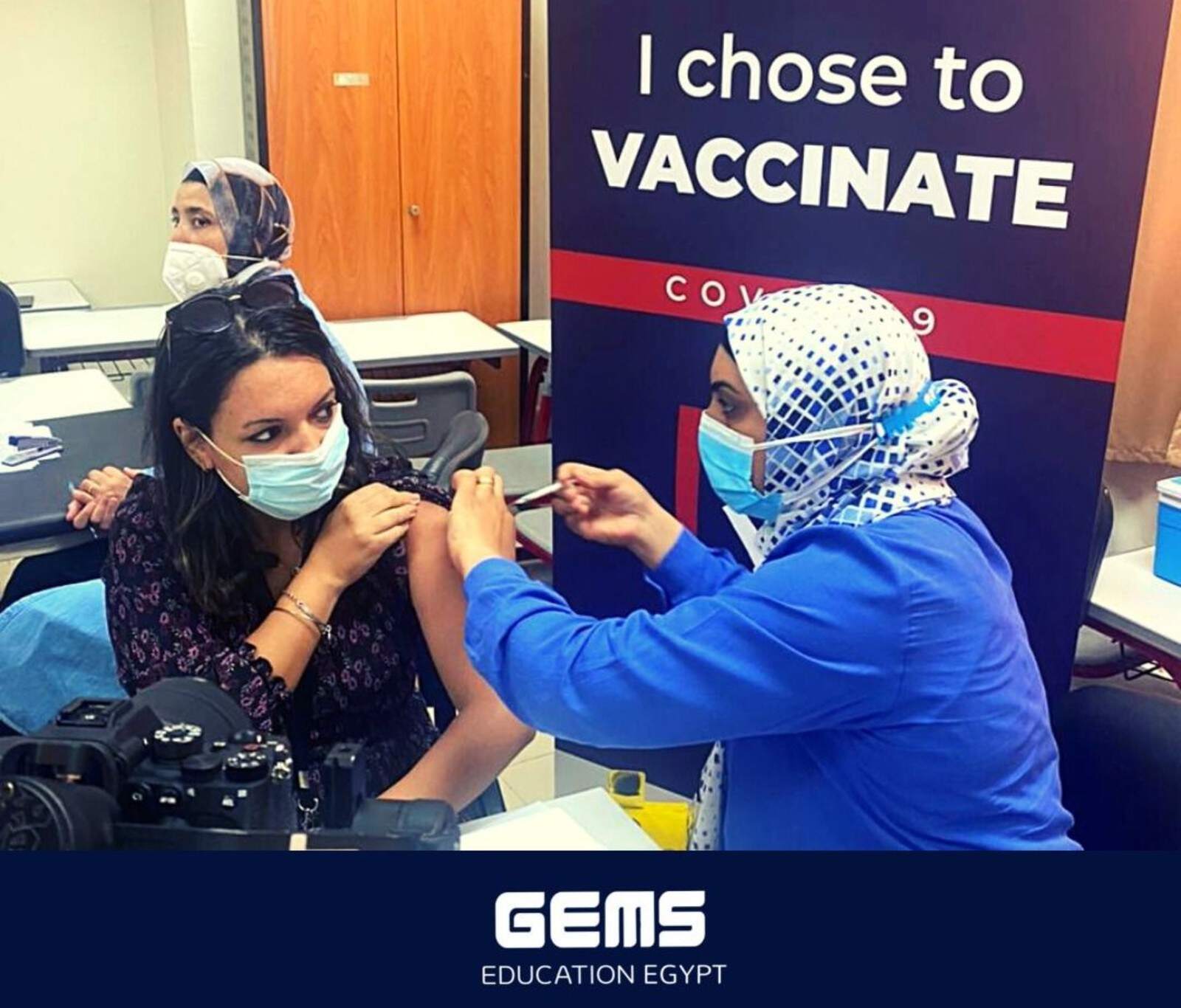 POLL- How ready are Egypt’s K-12 schools to comply with the gov’t’s vaccine directive? On Saturday, the government came out with a directive that covid-19 vaccination is now mandatory for all 18+ year-old students, educators and staff at Egyptian schools and universities. Students who are aged 18 and above at public and private-sector schools and universities, as well as unvaccinated employees in the education sector, must as soon as possible receive a covid-19 vaccine, which will be offered to them at no charge at schools.

Egypt’s schools are thankfully anti-anti-vaxxers: Private international K-12 schools we’ve spoken with say they welcome the government decree. They tell us that they are mostly in good shape already, with the biggest hurdle to compliance coming from a small number of anti-vaxxer unvaccinated staff. The decree is a welcome push to help AIS ensure any remaining employees eligible to receive the vaccine are vaccinated as soon as possible, Director Kapono Ciotti tells Enterprise. New policies that mandate 100% staff vaccinations are now being rushed in place. Now schools say they await further clarity on some extenuating circumstances to ensure smooth implementation of the directive.

Vaccinations were already high among int’l schools before the decree: International schools we’ve spoken with are unequivocally pro-vaccine, and were strongly encouraging their staff to be vaccinated well in advance of the government directive. Many expat employees were able to get vaccinated in their home countries, sources say. Among schools managed by education management company Eduhive, 100% of expat staff and 85-95% of local staff were already vaccinated, says CEO Karim Mostafa. 80% of staff in GEMS schools in Egypt were vaccinated, says Director of Communications Amr Sherif. 90% of El Alsson’s staff were vaccinated, estimates Executive Director Karim Rogers, and AIS is at a similar rate, estimates Ciotti. Malvern College Egypt had already planned to announce this month that all staff were fully vaccinated, says CEO Azza ElSherbiny. Nearly 100% of faculty at Cairo American College are vaccinated, according to an email sent to parents at the start of the school year last week.

Now, efforts are accelerating to ensure they’re fully compliant with the directive: GEMS Egypt has given all vaccinated staff members a deadline of this week to send copies of their vaccine certificates to its central HR department, says Sherif. Unvaccinated staff have to provide either a registration number to show they’ve registered on the Health Ministry’s system, or proof of a severe medical condition that would make them ineligible to be vaccinated, he adds. Eduhive was advised yesterday by the Health Ministry to take all unvaccinated employees to a designated vaccine center, where they would be prioritized, says Mostafa. “We’ll probably finish doing this today or tomorrow,” he adds.

The Health Ministry has significantly upped its supply of vaccines to schools recently: Several schools — including AIS and the GEMS Egypt schools — have seen the Health Ministry conduct mass on-campus employee vaccination programs over the last week, sources tell us. “We employ 500 people, and the ministry could provide 250 shots a day,” says Ciotti. “So they gave us two days, and we brought as many people onto campus as we safely could.” Ciotti believes the ministry is making this available for all schools. The Federation of International Schools had pushed for a mass international school vaccination program back in April, but the Health Ministry’s vaccine supplies had been insufficient to run one then, Mostafa says.

Making vaccination a requirement for students aged 18+ has thrown some K-12 schools a curveball. AIS doesn’t yet have a policy for the vaccination of students aged 18+ and how to enforce it, says Ciotti. “But we will be adding it, for sure.” Eduhive is also working on a policy, says Mostafa.

But it seems only a small number of students will be affected: “It would be rare to have high school students aged 18+, as they typically join university aged 16-17,” says Sherif. GEMS Egypt has no students older than 17, so this part of the decree has no bearing on their operations, he adds.

It also isn’t clear whether unvaccinated visitors will be allowed on campus, say multiple school representatives, including Ciotti and Sherif. Eduhive isn’t allowing visitors on its school campuses due to covid-19 safety protocol, says Mostafa.

Or what the policy is for those ineligible to receive the vaccine: Several schools are still trying to get a clear directive from the Health Ministry about whether pregnant, lactating, or immunocompromised employees, previously deemed ineligible to receive the vaccine, will be allowed to work while unvaccinated, representatives say. “We’ve had maybe four employees who were previously told by the Health Ministry they couldn’t be vaccinated then,” says Ciotti. “We’re trying to find out how we move forward with them now.”

But overall, the Health Ministry’s message is clear: it means business. The Health Ministry said on Thursday that it would send representatives to all schools before the beginning of the new school year, to check employee files, says Sherif. Schools have been told they’re responsible for proving that all staff members have received either their first or second shots, he adds. Other representatives we spoke to haven’t heard about specific Health Ministry inspections, they say. Sherif is expecting the ministry to become very active in its vetting process by 5-6 September, because the start of term will be only a week away. “The ministry is standing its ground quite firmly that every single person working on school premises needs to be vaccinated,” says Sherif.

Schools now have a very clear mandate to enforce vaccination: AIS didn’t have any vaccine skeptics among its employees, but if it had, the decree would have made enforcing vaccination policy easier, says Ciotti. “It’s not a choice any more.” Several schools have noted some resistance to vaccines — particularly among support staff. The decree is now forcing anti-vaxxer employees to choose between being vaccinated or losing their jobs, sources say. “I would try to talk to a vaccine-hesitant employee, but if they really don’t want to be vaccinated, I’d have no option but to let them go,” says Mostafa.

This is striking, because as recently as last week, most schools were stopping short of making staff vaccination mandatory. Of the international schools that spoke to Enterprise, only Malvern was taking a zero-tolerance approach to vaccine hesitancy last week. “I decided this in June, and I had to be very strict about it,” says ElSherbiny. “Anyone who didn’t want to be vaccinated wasn’t going to be allowed on campus. I didn’t see any other option.” Other school representatives had said vaccination was a personal preference, and they couldn’t make employment contingent on being vaccinated — particularly if some employees had problems accessing vaccines.