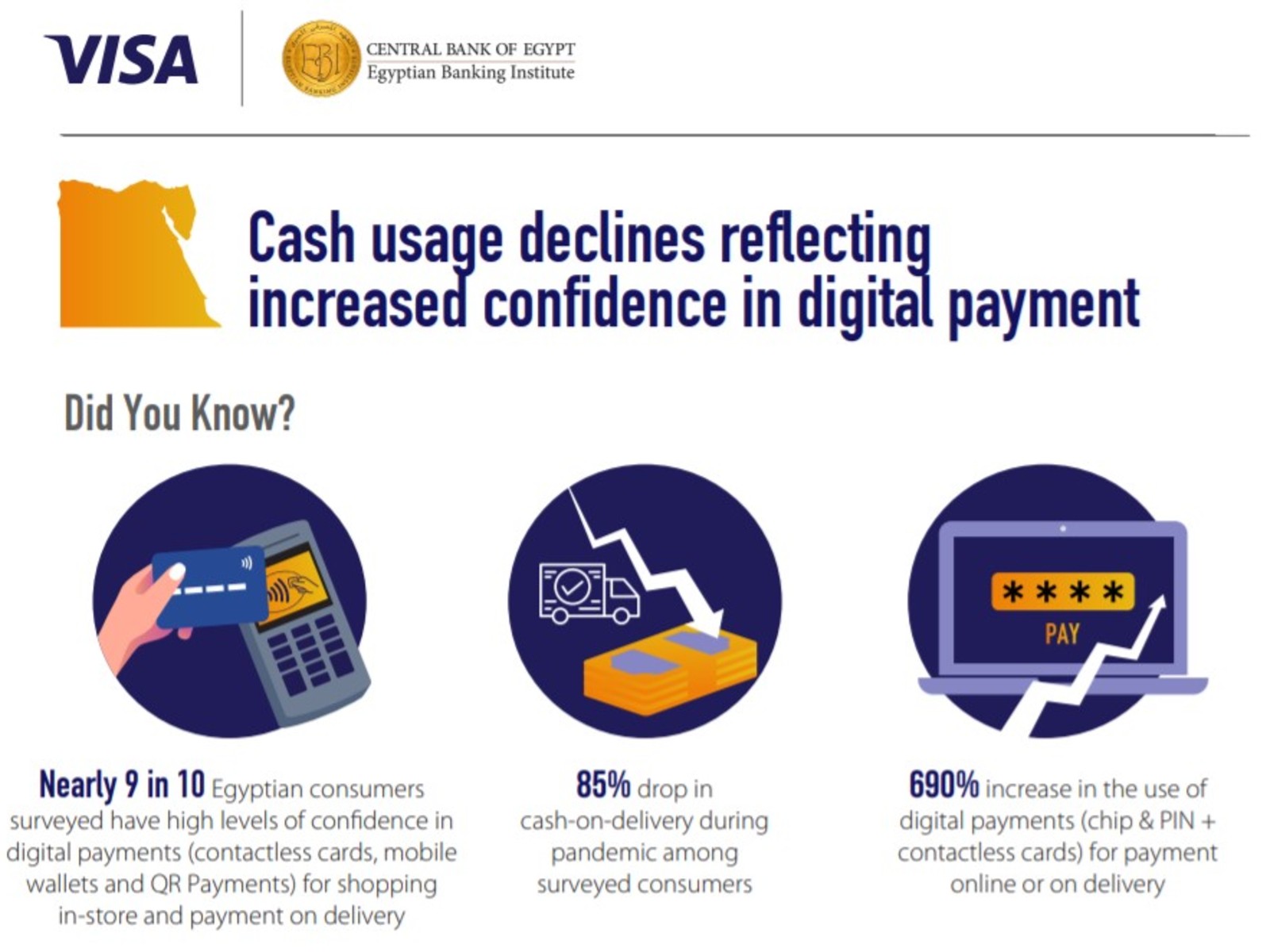 Confidence in e-payments is rising, says Visa study: E-payments have increased sevenfold in Egypt since the start of the pandemic as more Egyptians sidestep cash, according to a new Visa study (pdf) tracking consumer behavior. Some 88% of consumers surveyed said they had high confidence in e-payments, with those who indicated their trust in the technology citing reasons like its ease of use, convenience and speed.

Gone are the days of fumbling for change? The study tracked an 85% decrease in cash on delivery payments compared with their pre-covid levels, with as much as 74% of people surveyed saying they would rely on digital payments in the future.

New challenges with digital payments: About 40% of surveyed consumers said that they feared fraudulent activity taking place in the event of a lost contactless card, 25% of whom reported having fallen victim to phishing scams, having unintentionally purchased counterfeit goods or failing to receive something they’d already paid for.

It comes down to consumer awareness: Some 25% of respondents are skeptical of the technology altogether because of insufficient information on how to use digital payments. But a whopping 90% said they’d be on board if they understood how the technology worked.

Mastercard earlier this year released its own survey of consumer spending habits which found that 94% of its 1k respondents are considering using new methods of payment such as cryptocurrency, biometrics, digital wallets, money transfers, contactless payments, and QR codes.

But we’re still a long way out from abolishing bills: As of March of this year, only 45% of payments in Egypt were cashless transactions, and the credit card penetration rate stood at a measly 3%, according to a Merchant Machine report, making us the second most banknote-reliant country in the world. When it comes to financial inclusion, we hold the third lowest rate, with at least 67% of the Egyptian population still unbanked.