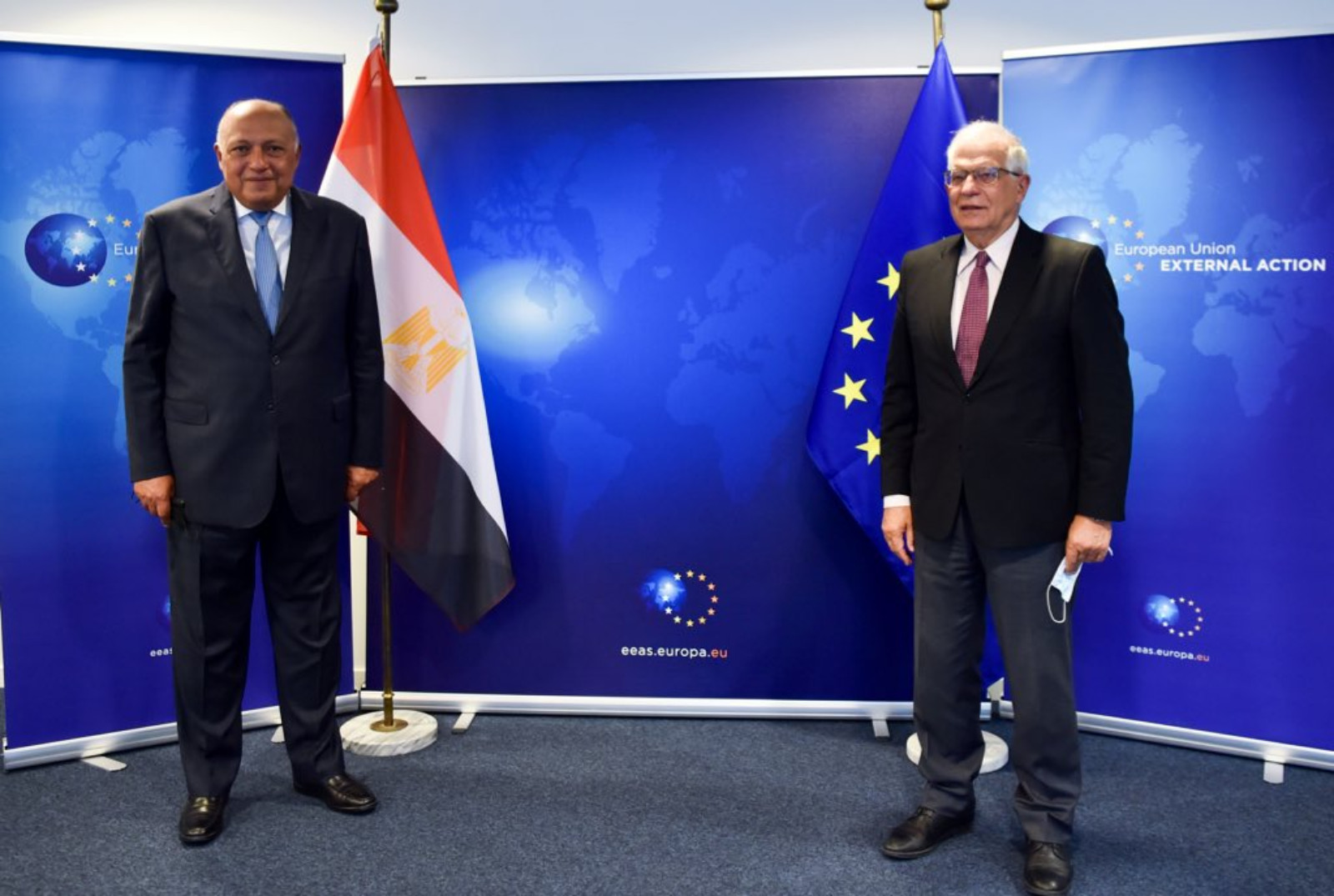 IN DIPLOMATIC MISCELLANY- Here’s a round-up of diplomatic stories you should know about this morning.

Shoukry continues GERD talks in Brussels: It was Foreign Minister Sameh Shoukry’s third day in Brussels yesterday, where he has been holding meetings with European foreign ministers following Egypt’s unsuccessful bid to get the UN Security Council to intervene in the dispute over the Grand Ethiopian Renaissance Dam. Earlier this week Shoukry discussed the situation with a number of foreign ministers, Nato Secretary-General Jens Stoltenberg and president of the European Council Charles Michel, while yesterday saw him sit down for meetings with the EU’s foreign policy chief Josep Borrell and his Belgian counterpart Sophie Wilmès.

The EU appears to be taking the same approach as the Security Council: Following a joint meeting this week, EU foreign ministers declined to condemn Ethiopia’s decision to unilaterally fill the dam without an agreement, and appeared to rule out acting as mediators in the dispute. Like the Security Council, ministers expressed support for the African Union-led negotiations and called on all three sides to resume talks. Borrell reiterated the same points in yesterday’s meeting, saying that he “regrets” Ethiopia’s decision to fill the dam but urging all three countries to continue with the AU process, according to a statement put out by the EU.

Greece-Arab ties are warming: Greek Foreign Minister Nikos Dendias was in Cairo yesterday for talks with Arab League Secretary General Ahmed Aboul Gheit, during which the two signed an agreement that allows the “establishment of political consultations,” the Greek foreign ministry said in a statement without disclosing further information. Dendias said the meeting was aimed at “reaffirming Greece’s strong ties with the Arab World and forging closer ties of cooperation to address common challenges.”