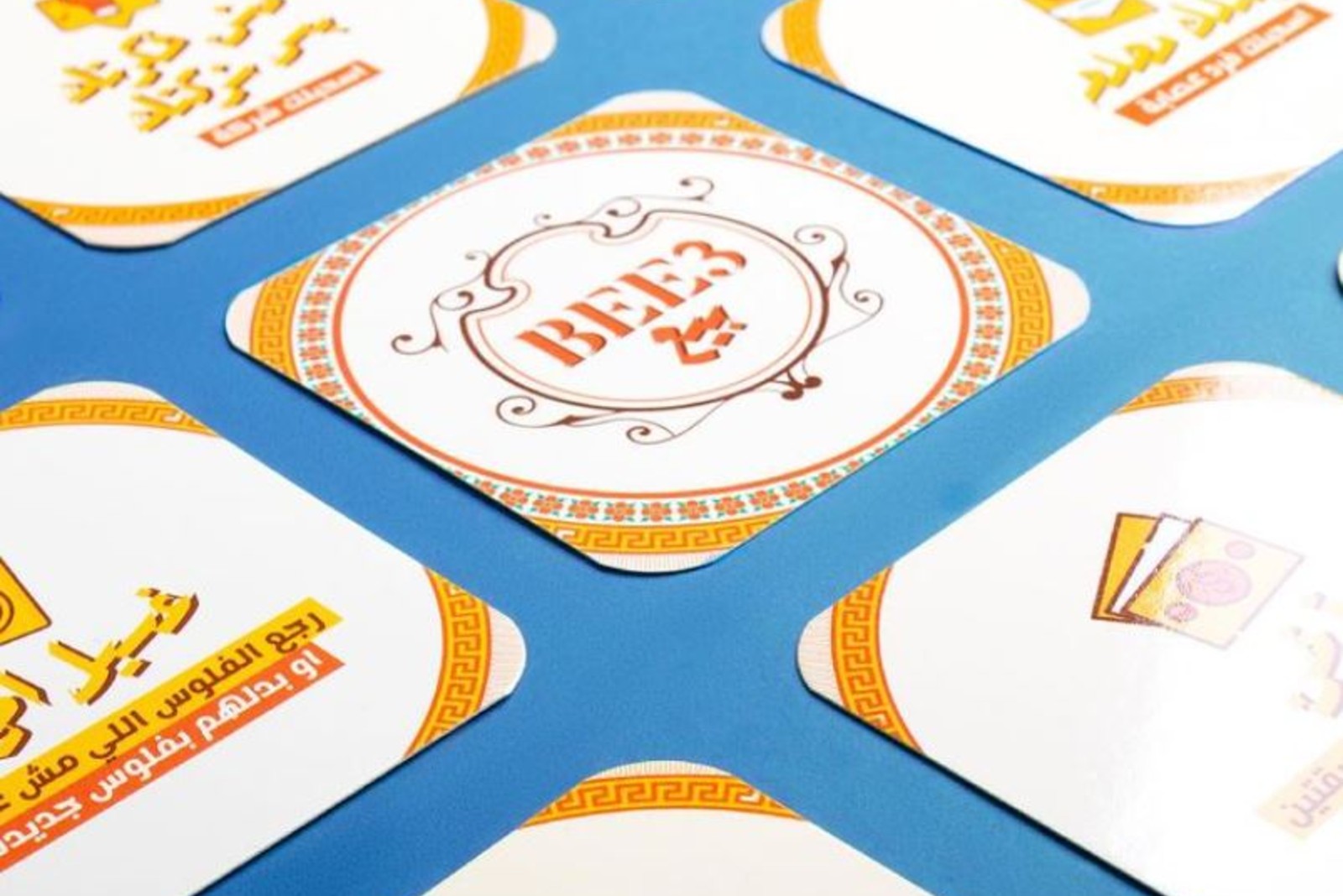 Creating culturally relevant board and card games has been a trend over the past few years in Egypt. While we all grew up playing classics such as Monopoly, Park Place never struck a note to us as much as Garden City does in the Egyptianized version of the board game Egytopoly. When game maker Nilco first introduced the product, they changed everything from the places you could buy to the metal characters you move across the board. The game resonated with the local audience who was excited to have a game that depicted their own realities and the fight to own New Cairo, Sheikh Zayed, or Maadi was not in the slightest less flip-the-board-over-inducing than its predecessor.

More homegrown games have continued to pop up, paying homage to our jokes, films, and history… or just promising a good time. Here are a few to look out for:

For the full-fledged Egyptian TV experts: 2ool AMeme is an Egyptian game development company that offers a few games, mostly to do with ‘efehat aflam’ or memes from popular Egyptian films or dramas. Their inaugural game, also called 2ool AMema — Egypt’s take on cards against humanity — featured photo stills or quotes that players would have to match to the right film. Since then, they’ve also released ‘2ool aw e3mel’ which is a Franco-Arabic language game derived from truth or dare.

The wonders that emerged from quarantine… : Oshfot Kershak was released during quarantine and makes fun of the fact that many of us tended to gain a little weight during the lockdown. The premise is simple… avoid the kersh card (belly card) while trying to get rid of your other cards before the other players. The cards are all amazingly illustrated and include strategy cards such as the ‘meezan’ which allows you to look ahead at the next three cards in the deck or ‘3amel diet’ to skip your turn.

Test out your knowledge about all things Egypt: The first thing we love about Baladna is its packaging, with the board game coming in a vintage suitcase decorated with Egypt-inspired stickers. The trivia game will ask questions about Egypt’s creatures, places, seas, deserts, and people to help you move across the board and to the finish line. Baladna is created by Makouk, a local game development brand that offers fun and creative games for children and adults alike.

Make your friendships closer: English-language game The Bonfire Experience is meant to spark meaningful conversations between friends, families, or strangers by asking personal and deep questions for people to open up, closely interact, get to know each other, or reminisce. This game is our personal pick for the upcoming Sahel season during relaxing beach days or nighttime rendezvous with friends.

May the greatest foul cart emerge victorious: Bee3 is an elaborate new game that looks more like an arts and crafts kit than a game. The purpose of the game is for players to utilize their social and negotiation skills to build businesses in different districts whether it’s a koshk or a foul cart. Characters such as the baltagi and the harami will pop up and threaten the businesses during the game with the most successful entrepreneur taking it all.

A variety of games in one box: Carnaval 2020 consists of 4 flashcard games that remind us of non-card games we’ve played since childhood. Our favorite two are “Habasat’halak”, where a team needs to guess two of three things written on a flashcard, and “Mo’assasa”, where all players have a word whispered into their ear except for one (the spy) and everyone is tasked with finding out who the spy among them is.

It’s in our blood: Playing board and card games is literally taking us back to our Ancient Egyptian roots, seeing as one of the earliest known board games was found right here. Beloved by Tutankhamun and Queen Nefertari alike, the game ‘Senet’ dates to around 3100 BC and involved two players to race all their pieces to the end of the board, according to the British Museum.

Where to purchase the games: You can order these games from their pages on Instagram or find them at Virgin Megastore and Diwan Bookstore.