Green lights ahead for green roofs 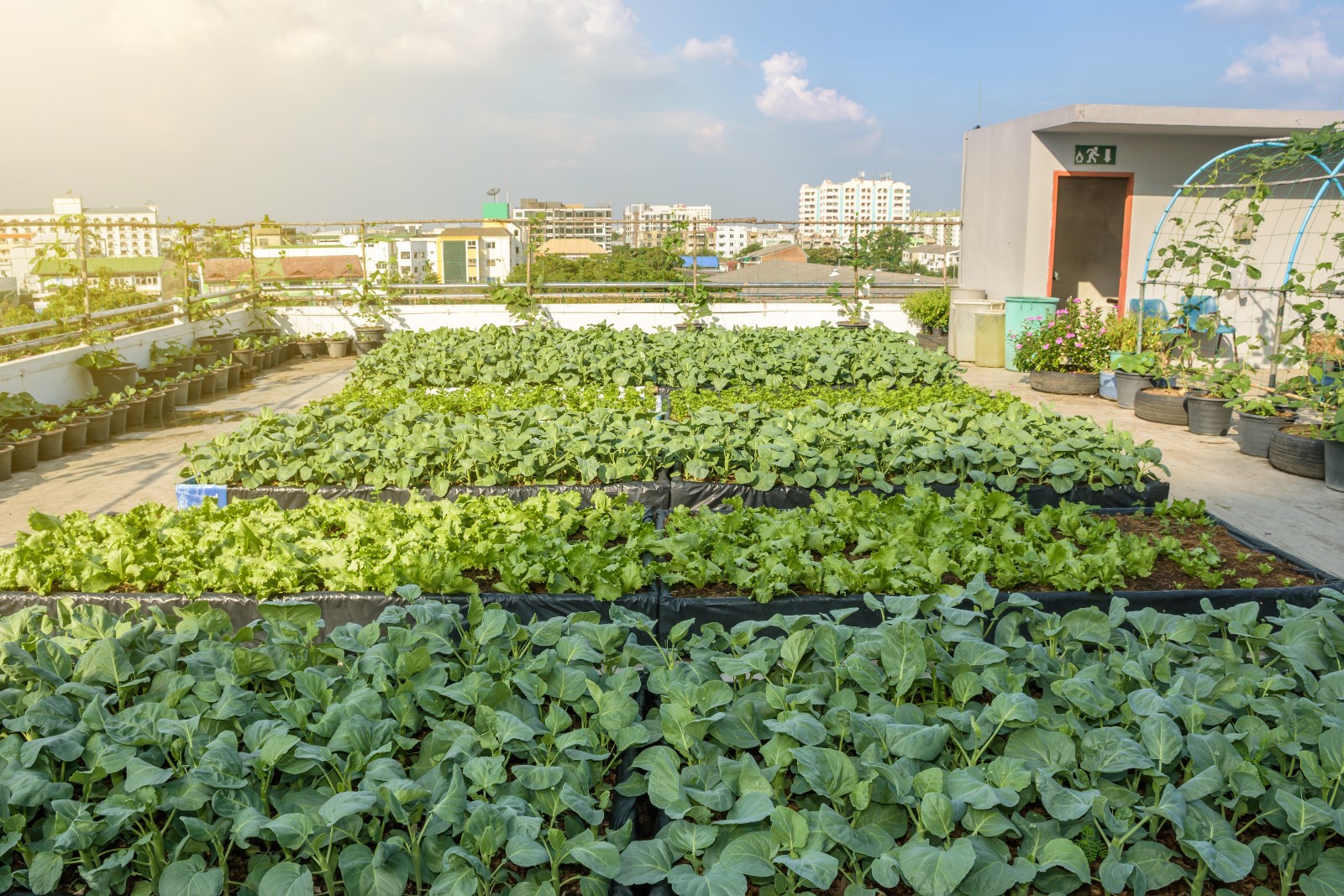 Living sustainably could start with your roof: So-called green roofs are more than just a cute garden on a rooftop, with the more serious of them involving growing vegetation using waterproofing and drainage systems with the aim of boosting agriculture in urban areas. These roofs have a myriad of benefits for individuals, society, and the environment alike. The green spaces help mitigate heat islands, improve energy efficiency in buildings, increase biodiversity, and more, according to Urbanscape. Plus, it goes without saying that green roofs are easy on both the eyes and the soul.

Green roofs have increasingly been under the spotlight in Egypt, with the past few years seeing many initiatives that aim to green the Cairo skyline.

A small-scale solution to food security: Enthusiasts argue that these green roofs could be a solution to many of the challenges facing the country, most importantly food and water scarcity for many low-income families nationwide. Rapid growth in the capital city has taken a heavy toll on agricultural land, and green roofs are one of the initiatives that could help feed urban communities while generating income.

Have we mentioned they use less water? In 2001, a project titled ‘Green Food from Green Roofs in Urban and Peri-urban Environments’ was implemented in Cairo to develop rooftop micro-garden systems in four pilot sites in the city, according to the Innovation for Sustainable Development Network. With basic technology and simple planting techniques, water consumption fell 60% when compared with traditional agriculture.

What’s holding us back then? …our own laziness and the cost: While many people were enthusiastic about the ‘plant and eat’ aspect of green roofs, most didn’t want to invest the time and effort needed for the upkeep of the space. For low-income families, the cost of the endeavor played an even bigger factor and put them off of the idea, no matter how beneficial it may seem.

Enter these great initiatives: Social enterprise Schaduf was founded by brothers, Sherif and Tarek Hosny, and started off by offering microloans in the form of rooftop gardens for low-income Egyptians. When the venture proved successful. Schaduf began to expand into designing and implementing green walls and roof gardens for different clientele, customizing them to suit the needs and resources of each individual. Meanwhile, ​AUC’s Research Institute for a Sustainable Environment (RISE) has also undertaken several projects to support sustainable agriculture through green roofs. RISE created a green roof on the AUC campus as a test site, experimenting with different technologies, substrate mixes, plants, irrigation schedules, and drainage systems, reports AUC News.

The government is in on it too: In 2019, Egypt’s Environment Ministry launched a nationwide green roof initiative to encourage planting flora on roofs, according to the local press. The Egyptian Environmental Affairs Agency was planted with ornamental, medical, and aromatic plants and then-Minister Yasmine Fouad said that green roofs were “a new form of agriculture in the cities to reclaim greenish spaces.”

It’s not a hard feat to create your own green roof: Roof Garden is a home gardening support startup right here in Umm El Donia that helps people create their own spaces by selling plants and offering advice. They’re attentive to each person’s budget and take that into account when making suggestions on what to plant and how. For a more thorough approach, you can check out this journal article on the best techniques for maintaining green roofs, looking at successful green roof examples in Cairo, from schools to residential units. The article offers design principles, guidelines and tools that can assist in transforming existing roofs into productive green spaces.