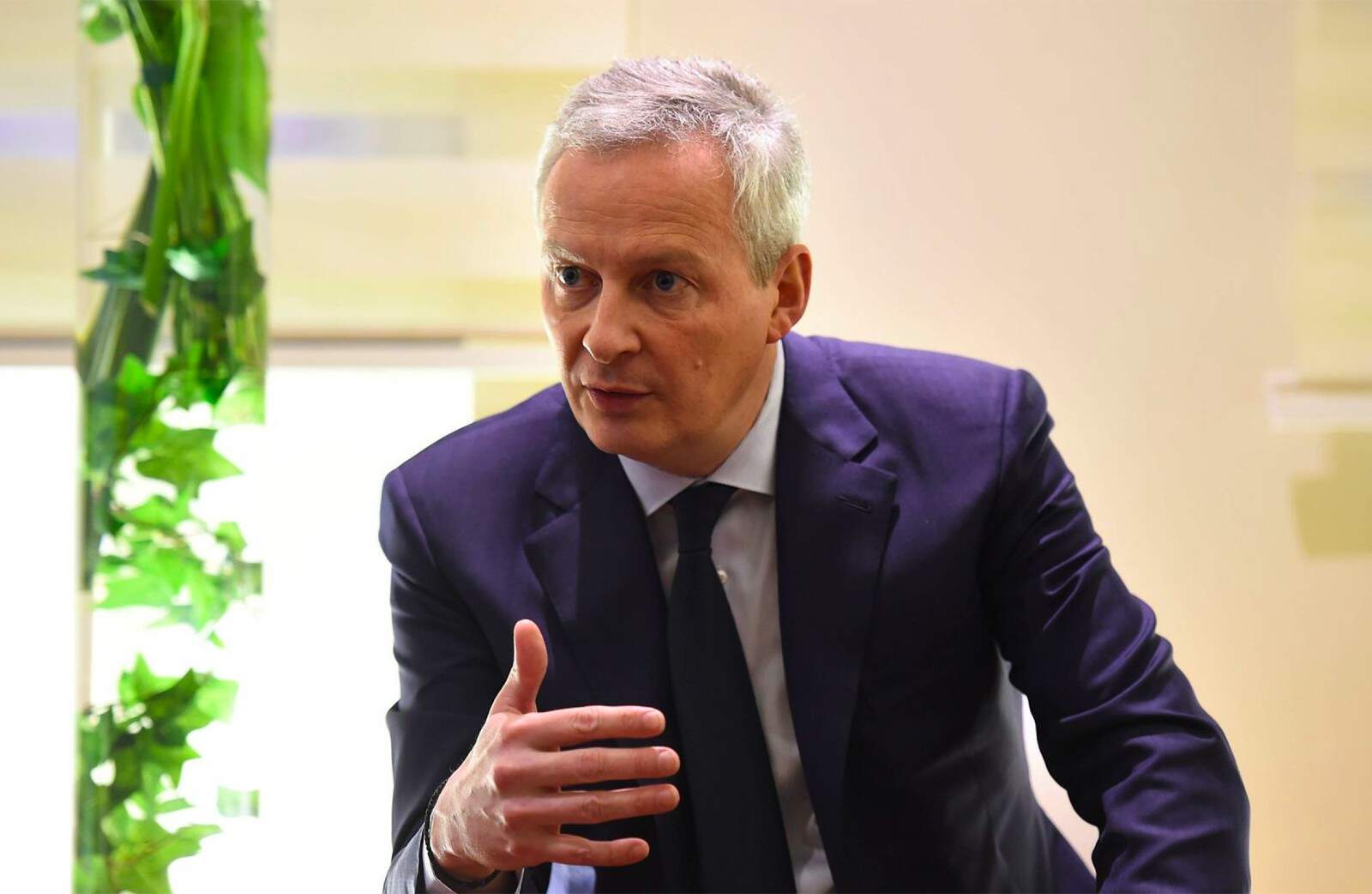 EXCLUSIVE- France wants to be our third-largest source of FDI. Economic ties between France and Egypt have been growing since French President Emmanuel Macron took office in 2017. This was on display earlier this week when French Finance Minister Bruno Le Maire signed EUR 3.8 bn worth of bilateral agreements with President Abdel Fattah El Sisi. This bumper financing package includes EUR 2 bn in credit facilities and EUR 800 mn of concessional loans from the French government that will finance the development and renovation of Cairo Metro Lines 6 and 1. And the French Development Agency (AFD) is funnelling loans of EUR 1 bn into transportation, energy and water over the next four years, and will provide EUR 150 mn to help Egypt set up its universal health ins. system.

All of that said, French Finance Minister Bruno Le Maire thinks we can do better, telling us earlier this week of his government’s ambitions to increase trade, economic and strategic partnership with Egypt. The discussion touched on why partnership with Egypt is attractive, the role we could play in the global post-pandemic recovery, and the G7’s new tax pact and what it means for us here in Omm El Donia.

Le Maire is categorical on one point: France must become one of Egypt’s top three contributors to FDI. France is currently Egypt’s eighth largest source of foreign direct investment, but Le Maire isn’t satisfied with this ranking, he says. “We must be in the top three. I don’t know how long it will take us to reach that goal, but it’s the goal that reflects the level of friendship between our two countries.”

The pace of our economic cooperation has accelerated in recent years thanks to this friendship — and to Egypt’s role as a bulwark of regional stability. Economic cooperation between France and Egypt has accelerated in the last four years partly because of the strong personal relationship between President El Sisi and President Macron, says Le Maire. Egypt’s position as one of the most stable countries in the region also gives it considerable strategic importance. “Then there’s the friendship between our people. The French people have a lot of respect for Egypt, which also plays into how our economic relationship is developing.”

Egypt’s been doing all the right things to spur French investment: France has been impressed with Egypt’s post-2016 economic development, says Le Maire. Important economic reforms have been accomplished successfully, and the introduction of the new investment and tax laws have made the investment climate more attractive. This was seen clearly last year, when despite the global recession caused by the pandemic, Egypt’s economy avoided contraction.

His recommendation: stay the course: “Egypt’s on the right track, thanks to courageous decisions taken by President El Sisi and the courage of the Egyptian people, who have sometimes had to pay the price of reform,” he says. Egypt has become a model of economic development for many countries, Le Maire adds. “I don’t think Egypt has to do much more to drive interest from French companies.”

Egypt could capitalize on our geographic positioning to become a regional export hub for French goods and services: France is ready to support El Sisi’s aim for Egypt to serve as an export hub for French goods and services to Africa and the Middle East, says Le Maire. It’s also ready to think about developing industrial facilities in Egypt, he adds. This involves strategic planning about which jobs, qualifications and skills could be developed in Egypt, by Egyptians. “I’m also aware that President El Sisi is very interested in developing an automotive industry in Egypt. You can’t do that from scratch. But we could think about how to develop this industry bit by bit, with the goal of expanding Egypt’s industrial capacities.”

And help France diversify its supply chains: The pandemic has shown that diversification is essential, says Le Maire. Talks between France and Egypt about how they could cooperate to diversify their supply chains could be fruitful, though the process hasn’t started yet. “But I’m ready to think about diversifying the supply chain, and relying more on Egypt.”

But we can’t rely solely on trade. Strategic cooperation in industry, tech, science and culture is just as important. We want to develop the cooperation between France and Egypt in strategic sectors, while deepening our trade relationship, says Le Maire.

Egypt could play an important role as a bridge between more and less developed countries. Post-pandemic recovery will offer developed nations in Europe, the US and China chances to acquire and develop new and disruptive technology in key areas like AI, quantum computing, and space exploration. “We don’t want developing countries left behind. Egypt, which has been so successful, could form a bridge between developed and developing nations. This is vital for President Macron, and for me. It’s another reason we want to develop this strategic partnership with Egypt.”

This partnership was on full display when Egypt backed France’s recent push to reallocate USD 100 bn in IMF special drawing rights monetary reserves to Africa. A summit in Paris on the 18 May on Africa financing saw President Macron lead the push to increase the USD 34 bn allocated to African states. “Egypt played a key political role, supporting President Macron in his support of developing countries, and explaining the importance of the IMF providing new funding to Africa,” says Le Maire.

This partnership between developed and developing nations needs to extend to issues like climate change. It is in the interests of the global population to focus on sustainable development and the fight against climate change, says Le Maire. We should help all countries do this, bearing in mind the first countries to feel the impact of climate change are developing ones.

…particularly on climate finance: Finance is key in sustainable development, says Le Maire. Water and renewable energy require bns and bns in investment. “You need money to succeed in the fight against climate change, so green finance is of the highest importance for us. And we want Egypt to be part of this huge challenge.”

We can hope to see this naturally being reflected in our trade: “I’d be very happy to see the development of trade between France and Egypt in the fields of renewable energy and new technologies linked to sustainable development.”

Why the G7 tax agreement would benefit all: “For the first time, we’re ready to build a global international taxation system that’s fair and efficient,” Le Maire says, referring to the G7’s recent agreement to impose a global minimum corporate tax rate on multinationals. “Fair because all the digital giants which have made huge profits off the pandemic will have to pay their fair share of taxes. Efficient because there will now be a minimum level of corporate tax, meaning no big company will be able to make large profits in one country and pay fewer taxes in another.”

What about companies who fear the new tax will impact their investment in places like Egypt? That’s not a solid argument against it, says Le Maire. “You lose money when the biggest digital giants don’t pay the right taxes to the Egyptian people.” Egypt’s SMEs, its private companies and people can’t accept digital giants profiting from the Egyptian population without paying their fair share of taxes, he adds.

Does a 15% rate go far enough? 15% is a starting point, he says. “I hope that it will be more than 15%, but 15% would be an important success for all of us for the beginning.” President Joe Biden has previously proposed 21%, and both him and his German counterpart are ready to accept that rate, he says.