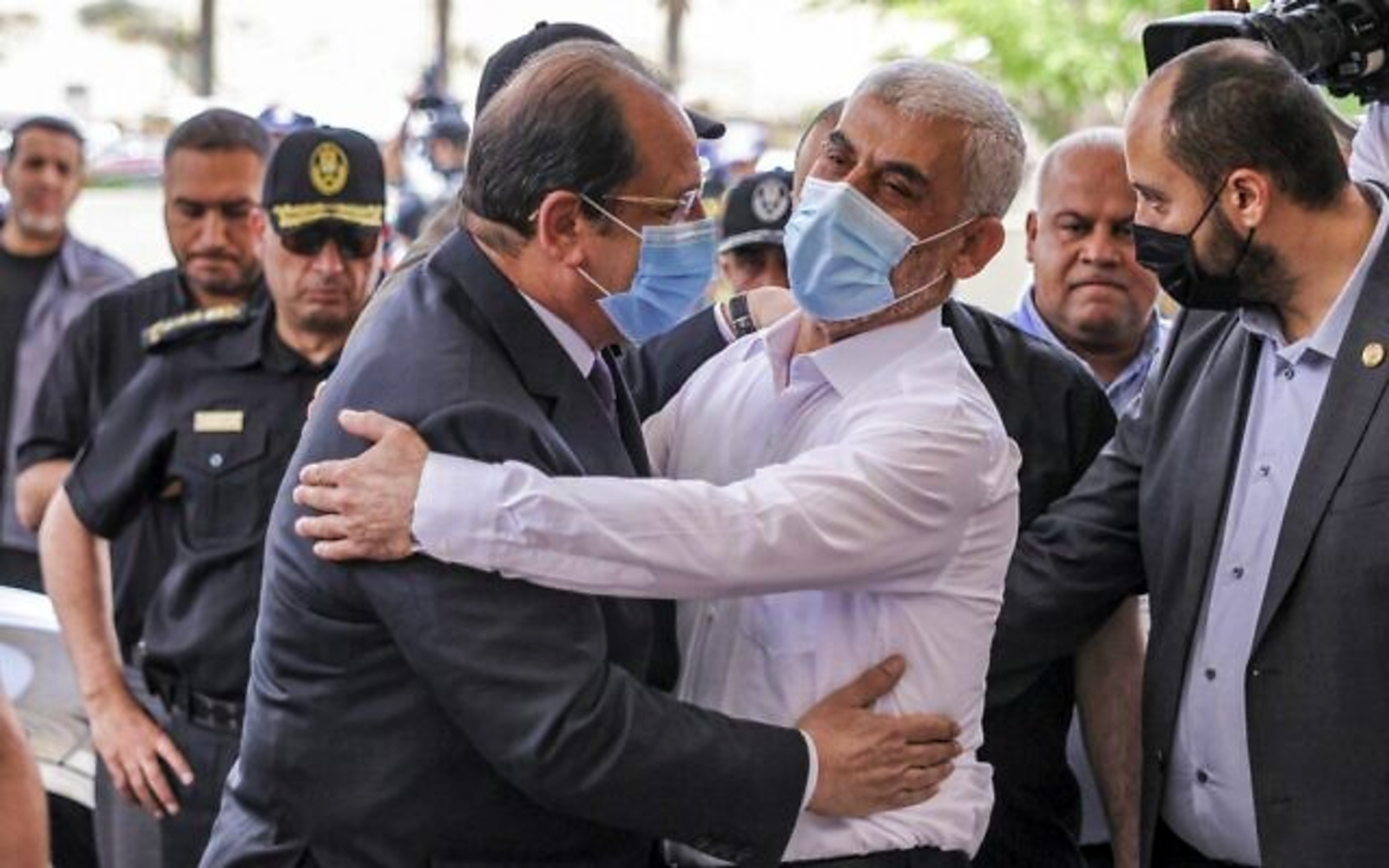 Is Egypt about to broker a Hamas-Israel prisoner swap? Hamas leader Yehya Sinwar said the group is ready for “immediate negotiations” on a prisoner swap with Israel — a proposition on which Tel Aviv has made contingent on the reconstruction of Gaza and a permanent ceasefire, the Times of Israel reports. “There is a real chance to make progress” over a swap, the Associated Press quoted Sinwar as saying.

Sinwar’s announcement came following a meeting with Egyptian intelligence chief Abbas Kamel, who was in Gaza yesterday to discuss terms for extending the truce with Israel, rebuilding Gaza, and swapping prisoners.

The sticking point: Israel insists that any agreement on reconstructing Gaza must be conditioned on a prisoner swap, an idea that Hamas continues to strongly reject. “Our brothers in Egypt understand this,” the Times of Israel quoted senior Hamas official Khalil Al Hayya as saying. “We will not accept the prisoner file being tied to the reconstruction, or the siege, or Palestinian rights.”

Kamel’s visit was the first by an Egyptian intelligence chief to the enclave since the early 2000s and came a day after his meetings on Sunday with Israeli PM Benjamin Netenyahu in Jerusalem and Palestinian Authority President Mahmoud Abbas in Ramallah. Egypt has been leading the drive to forge a long-term ceasefire between Israel and Hamas, hold fresh reconciliation talks between Palestinian factions, and potentially restart direct peace talks between Israel and the Palestinians.

Who’s going to pay to rebuild Gaza? That could be decided at a donor conference Egypt is apparently planning. A Fatah source told Turkish media that Egyptian diplomats will invite donors to the conference, but said that a date has not yet been decided.

IN OTHER DIPLO NEWS- Ethiopia wants to build 100 more “small and medium dams” across the country in the coming fiscal year as part of its plans to boost its agricultural sector, Ethiopian Prime Minister Abiy Ahmed said Sunday at a presser, reported Ethiopian news agency ENA. Ahmed’s statement comes as Ethiopia prepares to go ahead with the second phase of filling the GERD in July — with or without an agreement with countries downstream of the Nile. Egypt’s Foreign Ministry spokesperson Ahmed Hafez rejected the plans, saying that they once again demonstrate Addis Ababa’s “bad faith” in the negotiations.

All of this was happening as Egypt + Sudan wrapped up six days of military drills in Sudan, the Sudanese Armed Forces said in a statement. The exercises aimed at “strengthening bilateral relations and unifying methods on dealing with threats that both countries are expected to face,” Khartoum previously said. Egypt has been beefing up its military ties with other states in the region, including Uganda and Burundi. The Associated Press also has the story.