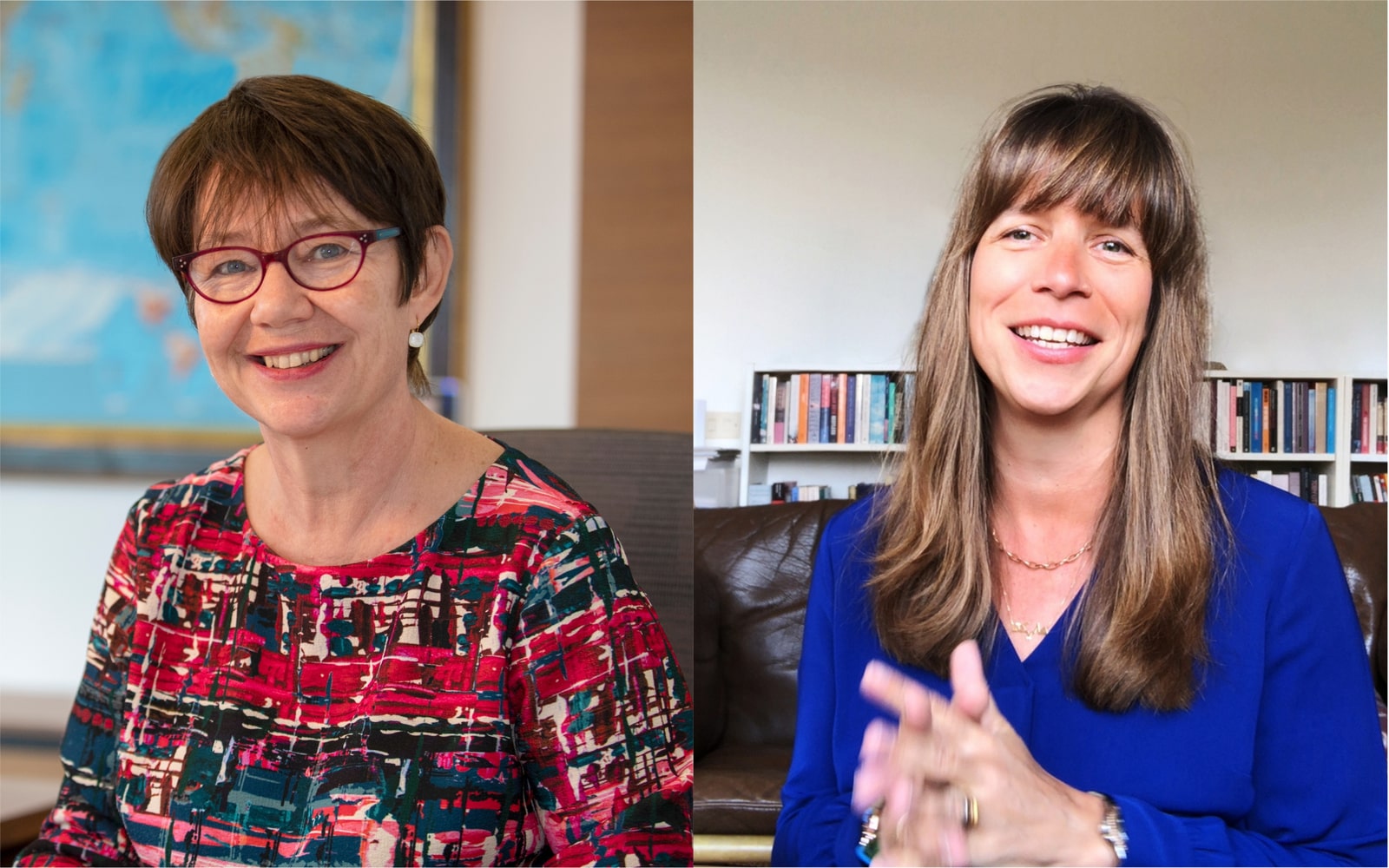 The EBRD’s plans for a greener Egypt: An interview with President Odile Renaud-Basso + SEMED Managing Director Heike Harmgart. The European Bank for Reconstruction and Development (EBRD) has invested EUR 7.2 bn in Egypt since 2012 — and currently has an EUR 1 bn pipeline of investments planned for the country in 2021, a sizable part of which will be channeled to green projects. Just last month, the EBRD’s president conducted a two-day visit to Egypt to sign a USD 114 mn financing package for the Kom Ombo solar plant and announce the inclusion of Sixth of October City into the bank’s Green Cities program. EBRD plans to support even more green projects in Egypt in the coming years, while taking on a “greener” target worldwide.

We recently sat down with Odile Renaud-Basso, EBRD president, and Heike Harmgart, EBRD managing director for the Southern and Eastern Mediterranean, to talk about all things green economy. The discussion touched on the bank’s upcoming plans in Egypt, the progress on its green financing facilities, and how to best involve the private sector in making the country’s greener future.

Around 40% of the EBRD’s global financing this year will go into the green economy — including Egypt, Renaud-Basso told us. This target should increase to 50% by 2025, with 75% of that global financing going to the private sector.

The green economy will take up a significant portion of EBRD funding in Egypt this year: The bank’s total investments in Egypt totalled over EUR 7 bn, of which roughly 38% were directed at the green economy, in line with global targets, Harmgart said. Judging by this year’s EUR 1 bn pipeline, green injections will definitely surpass the target 40%, Harmgart said, particularly with projected partnerships with banks under green finance initiatives and green urban transport projects.

The priority now is to work with Egypt on a long-term green strategy, Renaud-Basso explained. In the context of the Paris Agreement, Egypt needs to define a long-term objective for net zero carbon emissions supported by a long-term strategy. From there, a sectoral approach needs to be built, which the EBRD is willing to help the Egyptian authorities with developing, Renaud-Basso said. The government’s commitment is visible in — among other things — their interest to host the UN Climate Change Conference in November 2021, she said.

Egypt has one of the lowest feed-in tariffs in Africa, making it attractive for private-to-private renewable energy projects. Private-to-private renewable energy plants are at the forefront of the EBRD’s activities, and Egypt’s low feed-in tariffs make it a good location for these kinds of projects. This is a chance to be a leader in the sector, said Harmgart. The EBRD had previously worked with the government on the Benban solar park, and recently co-invested USD 114 mn in the private-to-private Kom Ombo solar plant.

But its electricity grid needs a revamp, she said. For private-to-private renewable energy streams to work though the electricity grid needs to be upgraded, as a decentralized generation of renewables requires a grid that is equipped to absorb it. The EBRD is currently working with the Electricity Transmission Company (ETC) to help with the upgrade of the national grid, as well as to train staff on flexible and innovative management practices.

And cities need to become “greener”: In April, the EBRD included Sixth of October City in its EUR 2.5 bn Green Cities program, as the third Egyptian member city, after Cairo and Alexandria. The program aims to provide financing to invest in sustainable municipal infrastructure to help cities become greener through customized Green City Action Plans that tackle the most pressing environmental challenges. This includes working on public transportation such as metro projects, air pollution, as well as water and waste management, Renaud-Basso said. The program also provides financing to companies that want to improve their energy efficiency or reduce gas emissions.

Egyptian banks have been interested in EBRD’s green financing facilities, with the National Bank of Egypt (NBE) being one of the fastest to utilize all of EBRD’s green financing facilities since 2015, Harmgart said. One of those programs is the Green Value Chain facility, launched in November 2020 to allow banks to help borrowers make their value chain “greener.” Instead of focusing on helping one company improve its production and reduce its energy consumption, the program attempts to “greenify” the whole production value chain. The EBRD is currently in discussions with at least three to four banks on how to design their green value chain programs and hopes to sign at least two agreements in 2021, Harmgart said.

For the private sector, PPPs may be the best way into Egypt’s green sector: Public-private partnerships (PPP) in Egypt are essential, given that the infrastructure development necessary is a mammoth task the government cannot carry out alone. This is specifically applicable in the green economy, agreed Harmgart and Renaud-Basso. Replicating the Benban solar park framework in other green sub-sectors will accelerate the shift to a greener future, Harmgart told us. The sub-sectors most in need of PPPs are transportation, water and waste management. Whenever you have the capacity to generate revenues from a service, there is the potential to develop a PPP framework, according to Renaud-Basso.

But to spur investment, legislation is key to leveling the playing field and improving competition. One long-term structural issue that can help is integrating the informal economy. Arbitration laws also need to be brought up to international standards, in parallel to the work currently being done on legislation pertaining to fair competition and the establishment of effective competition authorities, Renaud-Basso said.

Kudos to Egypt for being one of three EBRD countries with positive economic growth in 2020. Egypt did well in macroeconomic terms during covid, and should continue on that path, Renaud-Basso said. The EBRD operates in 38 countries, of which only three attained positive macroeconomic goals in 2020, with Egypt being one of them. This is the result of a great amount of work to stabilize the macroeconomic framework with the IMF, as well as the country’s economic resilience. Sticking to these sound macro fundamentals and remaining on a consistent track will provide a good basis for moving forward, and could help Egypt lock in more support for the covid recovery, Renaud-Basso explained.