Yet another train accident 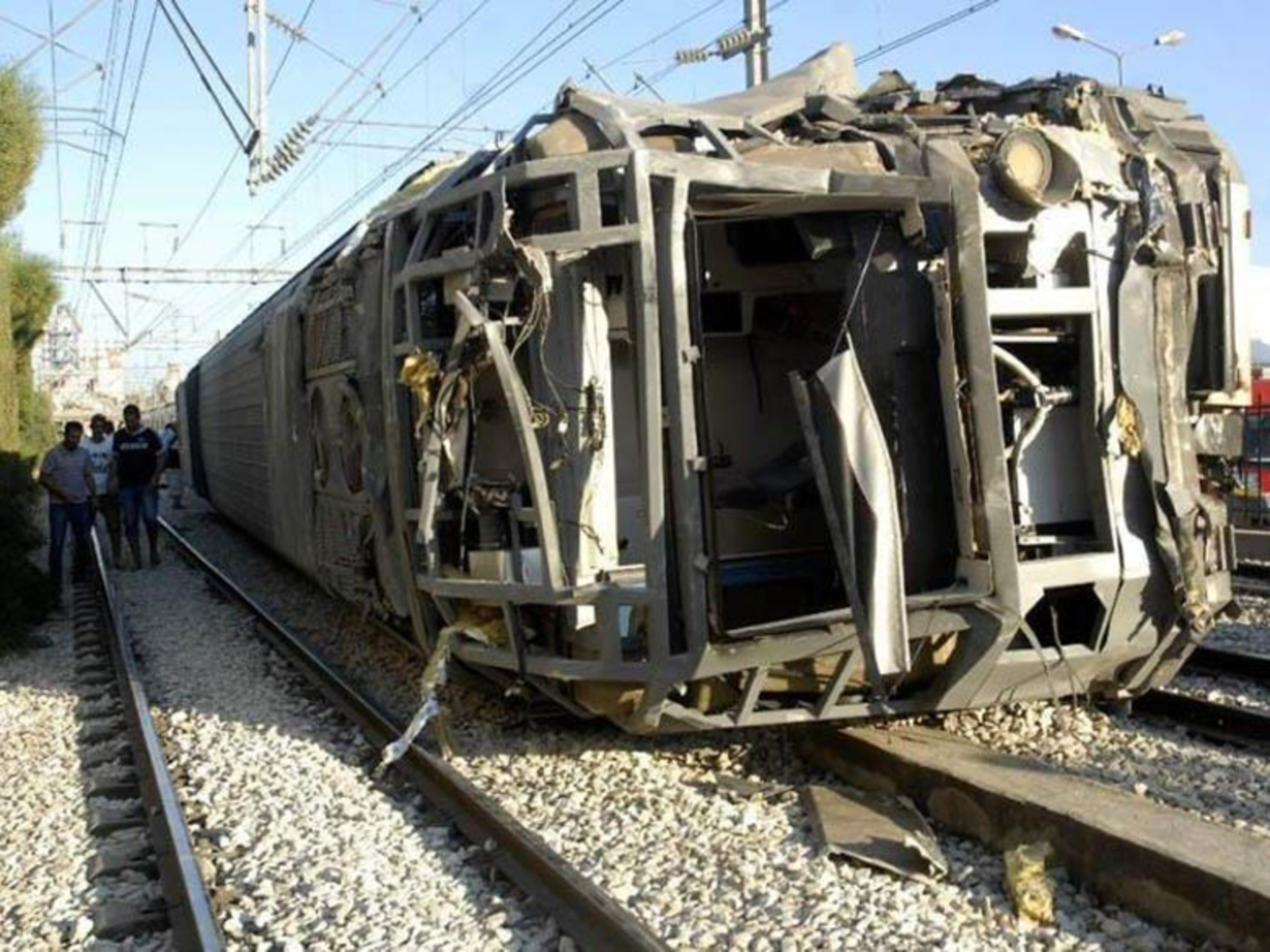 At least 11 people were killed and 98 people injured after a train derailed yesterday in Qalyubia, the Health Ministry said in a statement. The ministry had initially reported 97 injuries and no deaths earlier but revised the figure as the day progressed. The train conductor was among those who died, Health Ministry spokesperson Khaled Megahed said. The injuries include three critical cases, with most of them suffering from broken bones, cuts and bruises; 14 people have already been discharged from hospitals.

What happened? Initial reports indicate that four carriages on the train, which was heading from Cairo to Mansoura, derailed at 1:45pm at the entrance of Sandahur station near Toukh in Qalyubia, the National Railways Authority said in a short note. An investigation is underway to know the cause of the accident, the authority added.

Everyone and their mother is investigating the crash: Official investigations are now underway to determine the cause of the accident, the authority said, while the Prosecutor General has opened a criminal probe. Ten railway employees and officials were detained pending investigation, Ahram Online reports. A separate committee bringing together members from the Administrative Control Authority, the Armed Forces Engineering Authority and the Military Technical College, as well as others from engineering faculties, will also conduct its own investigation under a directive from President Abdel Fattah El Sisi’s directives, cabinet said in a statement. The House Transport Committee will summon the head of the National Railways Authority for questioning as part of its own investigation, Abed told Ahmed Moussa overnight (watch, runtime 3:28).

Don’t expect parliament to summon Transport Minister Kamel El Wazir (or push for his resignation), which Abed told Kelma Akhira’s Lamees El Hadidi would require proof that the minister committed gross negligence and is directly responsible for the accident. Abed rather quickly poured cold water on Lamees’ calls for political accountability after several successive train accidents, saying that placing the blame at El Wazir’s feet would just make the minister a “scapegoat” (watch, runtime: 6:40). Adib separately called for a solution that would prevent these incidents from happening again (watch, runtime: 15:13)

The latest in a series of train accidents: A similar incident in Sharqia took place last week, injuring 15 people but causing no deaths. There were no casualties in two other derailments — including on a train heading from Alexandria to Aswan on Saturday and another from a train on the Cairo-Aswan route — earlier this month, according to Masrawy. These came on the heels of last month’s train crash, which killed at least 20 people and left 200 others injured in Sohag, sparking fresh outcry over the state of the country’s rail network. Following the Sohag crash, the African Development Bank signed off on a EUR 145 mn loan for the Egypt National Railways Modernization Project to finance railway upgrades.

Condolences are rolling in: Saudi Arabia and Tunisia each extended their condolences to the victims’ families yesterday.

The train accident is getting wide coverage in foreign press this morning, with everyone from Deutsche Welle to Reuters and Bloomberg covering the story.