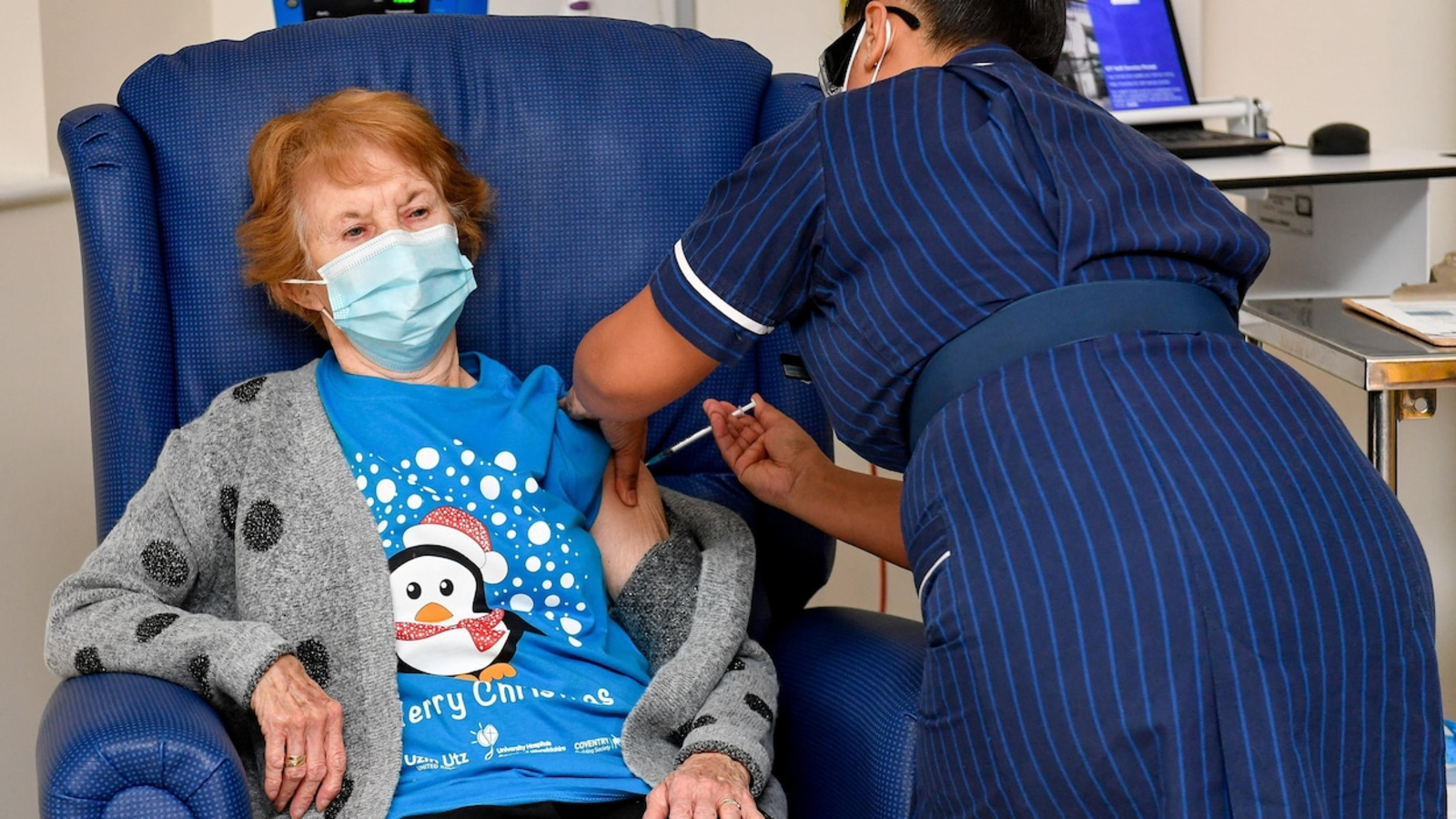 ^^ It’s going to be a few months yet before this 90-year-old British grandma’s (metaphorical) Egyptian cousin gets her covid jab. Keep her and William Shakespeare (reincarnated?) safe in the meantime.

That’s our take on the Madbouly government’s key message to the nation yesterday as the PM told citizens that it’s imperative they continue wearing masks until a vaccine starts rolling out.

News on this front yesterday was good, bad and … meh yesterday. Here’s the rundown:

The good: Increasing clarity on where we’re getting vaccines. Egypt has applied to the Covax program to obtain vaccines and is scheduled to hold an “extended” meeting with Gavi — the global vaccine alliance that’s leading the Covox initiative — Health Minister Hala Zayed said during cabinet’s weekly meeting. The Covax program aims to ensure developing countries are able to easily access covid-19 vaccines and plans to distribute them around the world without charge.

The government will secure 20% of its vaccine needs from GAVI and another 30% from AstraZeneca, Finance Minister Mohamed Maait told Bloomberg. Authorities are in talks with other companies for the remainder, he added. Meanwhile, the Health Ministry announced a new protocol for the treatment of covid-19 that employs more effective medicines and uses a different categorization process for the severity of cases.

We’re fortunate: Fortune magazine estimates that only 10% of citizens in poor nations will have access to a covid vaccine next year.

Also good news coming out of a meeting yesterday of the state’s covid-19 task force: Only 30% of ventilators and 24% of beds in hospitals set aside for covid-19 patients are currently occupied. As many as 7.5k staffed beds, 1.5k ICU beds, and 325 ventilators were recently added to the state-run hospitals, Zayed said. There were concerns earlier during the pandemic that isolation capacity had maxed out, an issue which prompted the ministry to search for other alternatives including using hotels.

The meh: The official tally could be more of “an estimate” than the “reality on the ground” as a focus on testing severe cases leaves space for mild cases to go undetected, said World Health Organization Regional Emergency Director Rick Brennan at a press conference yesterday.

But this doesn’t mean the state is fudging the numbers, a top policymaker says. If anything, reporting a higher tally would probably be good for public health if it prompted citizens to be more cautious and help curb the spread of the virus, presidential health advisor Mohamed Awad Tageldin said on the airwaves yesterday (watch, runtime: 9:20).

Take that, anti-vaxxers, part III: In the latest sign that governments around the world aren’t messing around, the Canadian province of Ontario is suggesting that it will be introducing vaccination cards for all residents — and that your freedom of movement is likely to be curtailed if you don’t get your jab.

What does ‘curtailed’ mean? Think “less freedom to travel” and “no movie theaters,” for starters, even if the vaccine isn’t made mandatory. CTV has more.