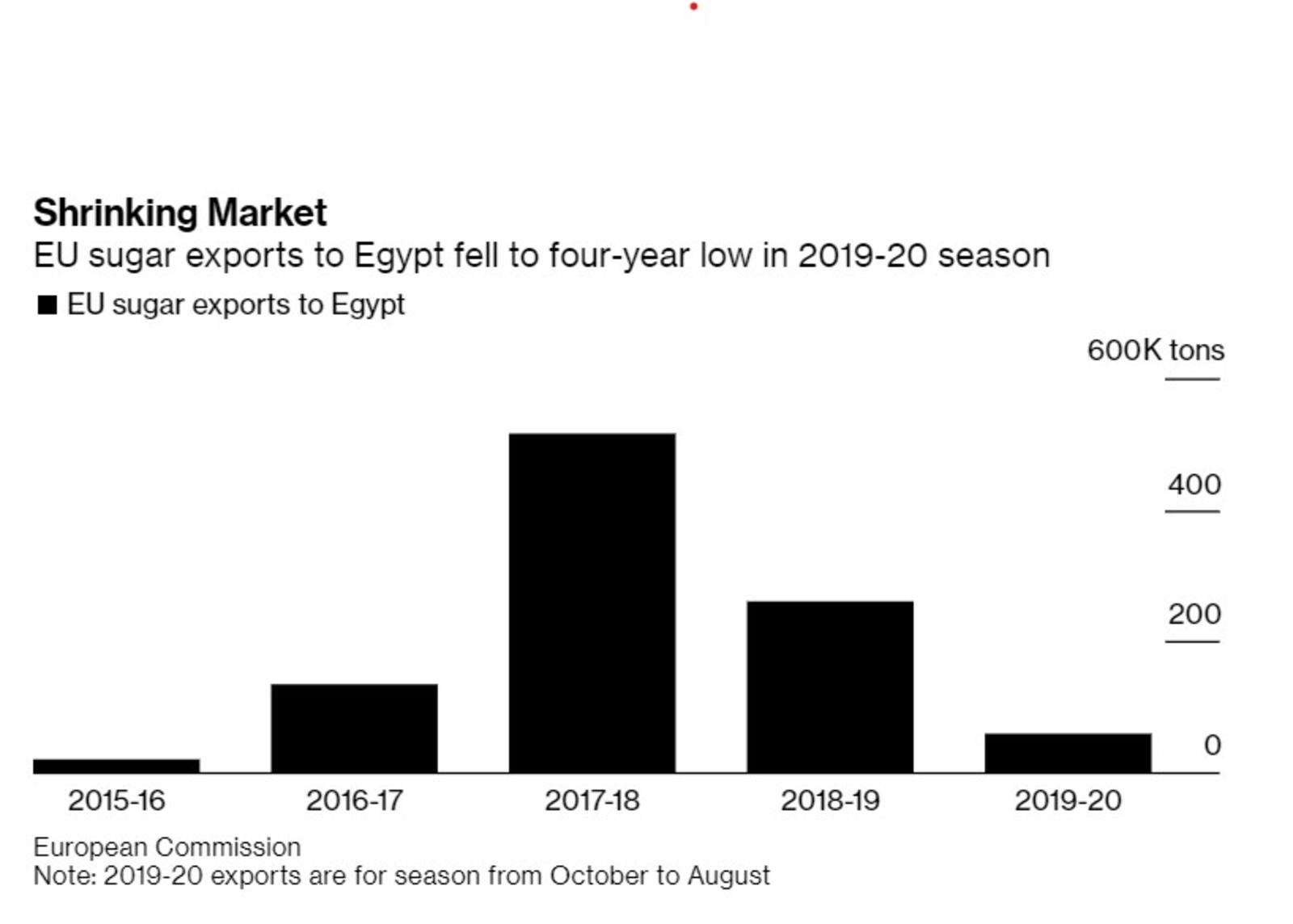 Egypt’s sugar import ban is hurting EU sugar exports: The European Union’s sale of sugar to Egypt are at a four-year low thanks to Egypt’s ban on imports as part of a self-sufficiency drive, Bloomberg reports. The EU’s white sugar exports dropped to a record low last season, as Egypt went from being the EU’s second largest export market two years ago to its fourth largest, following Israel, Switzerland, and Norway.

Egypt is aiming to increase its beet-sugar production 16% to 1.45 mn tonnes in FY2020-21 in a bid to completely eliminate imports, Delta Sugar Chairman Ahmed Abo El Yazeed told Bloomberg. Egyptian sugar imports for the year since October 2019 have accounted for only 7% of EU exports according to a European Commission report (pdf), down from 16% in FY2018-19.

Background: The Supply Ministry decided in September to extend the import ban on white and raw sugar originally imposed in June for an additional three months. Egypt had planned to import up to 700k tons of sugar in FY2020-21, but introduced the ban to protect domestic beet and sugarcane growers from competition with cheap foreign exports.