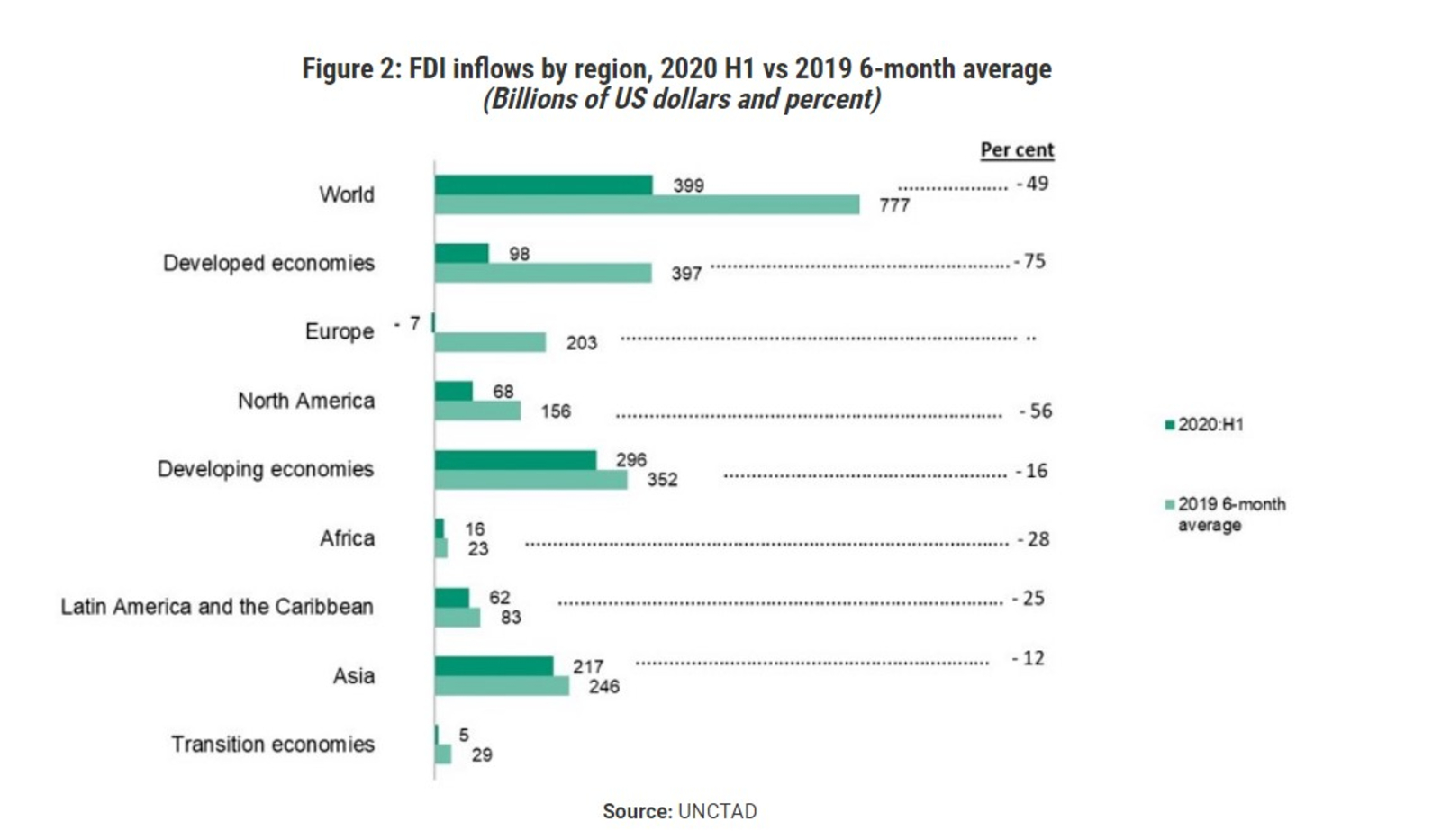 Global foreign direct investment fell 49% y-o-y in 1H2020 as lockdowns across the world and recession fears caused a slowdown in cross-border investment, the United Nations Conference on Trade and Development (UNCTAD) has said in its latest investment monitor (pdf). All forms of FDI felt the impact of the coronavirus, with the value of greenfield investments falling by 37%, new financing agreements slipping by 25%, and M&A dropping by 15%.

The developed world returns to 1994: Advanced economies suffered the steepest decline, with FDI plummeting by 75% to USD 98 bn — a level of investment last seen in 1994. M&A values in developed countries saw a drop of 21%, but the decline was tempered by continuing M&A activity in digital industries. Italy, the US, the Netherlands and Switzerland saw particularly heavy declines.

China proves its resilience: Developing economies fared slightly better, witnessing a 16% decline in investment, a better than expected outlook attributed to China, which only saw inflows fall 4%. Asian economies saw only a 12% drop-off in FDI, while investment in African economies fell by 28% and Latin America saw inflows decline by 15%.

Don’t expect much improvement for the second half of the year: Although investment in developed economies may have picked up in the third quarter, the UNCTAD is sticking with its earlier projections for a 30-40% decline in FDI over the course of the whole year. This, of course, will depend on the trajectory of the virus and the continued effectiveness of stimulus measures deployed to prop up economies.