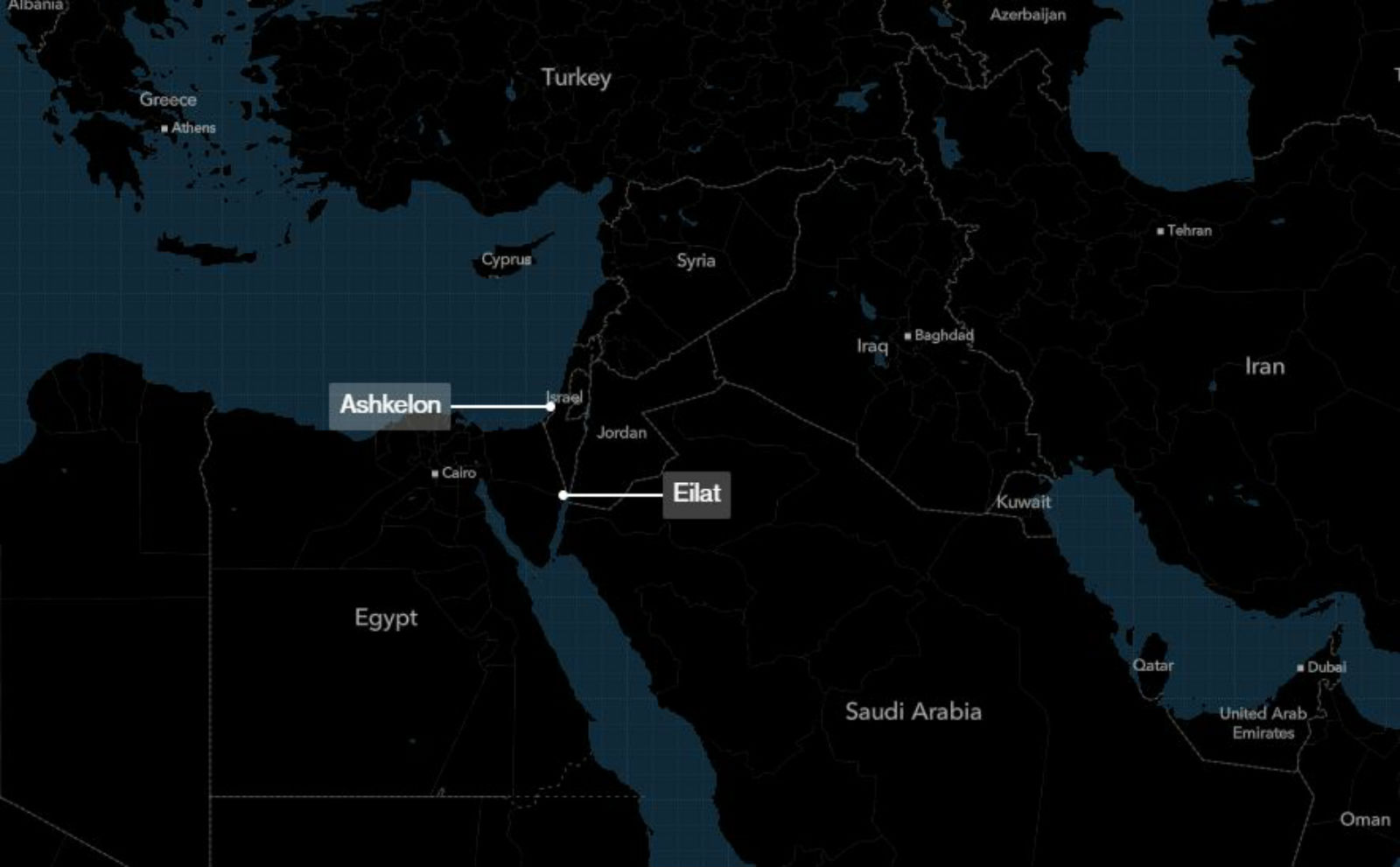 Israel, UAE make progress on oil route to Europe that could bypass Egypt’s Suez Canal: An agreement signed this week by Israel’s state-owned Europe Asia Pipeline Co (EAPC) and UAE-based Med-Red Land Bridge could see oil shipped from the Gulf to Europe bypass the Suez Canal. The binding MoU aims to use the existing Eilat-Ashkelon pipeline connecting the Red Sea to the Mediterranean, EAPC, which owns the pipeline, said in a statement cited by Reuters. EAPC and its new partner Med-Red — a consortium of Emirati and Israeli companies — are aiming to use a “land bridge” to ship oil between countries in the region through a route that saves time and fuel compared to the Suez Canal, according to the newswire. “There will be options to bring the oil by tanker to Eilat port or to build a pipeline from the UAE across Saudi Arabia to Israel,” Israeli newspaper Globes said. Med-Red is already in “advanced negotiations with major players in the West and in the East for long-term service agreements,” according to EAPC’s statement.

While financial details weren’t made public, EAPC said it could increase the quantity of shipped oil by “tens of mns of tons per year,” according to Reuters. A final agreement could be worth USD 700-800 mn over several years and could see oil start flowing at the start of 2021, the newswire quoted a source in the know as saying.

This could chip into Suez Canal revenues. The proposal to bypass the canal began floating around last month, when EAPC suggested using the 60-year-old pipeline to lessen Israel’s dependence on the canal, Suez Canal Authority head Osama Rabie said at the time. Rabie said the plans would pose a national security risk, depriving Egypt of a vital source of revenue. Nearly 66% of oil sent from the GCC to western countries is shipped through the Suez Canal or the Sumed pipeline linking Alexandria to the Red Sea.

The recent Israel-UAE normalization agreement is allowing this arrangement to be made in the open, suggests Bloomberg. Prior to that, Israeli officials considered information on the operations of the Eilat-Ashkelon pipeline as classified. The pipeline, with a capacity of 600k barrels per day and some 23 mn barrels of storage, was built in the 1960s by Israel and Iran. When both nations cut diplomatic ties following the Iranian Islamic Revolution in 1979, they stopped using the pipeline as an official channel for shipping Iran’s oil.

The UAE and Israel are eager to become BFFs, also announcing yesterday that they would give each other’s citizens visa-free travel.