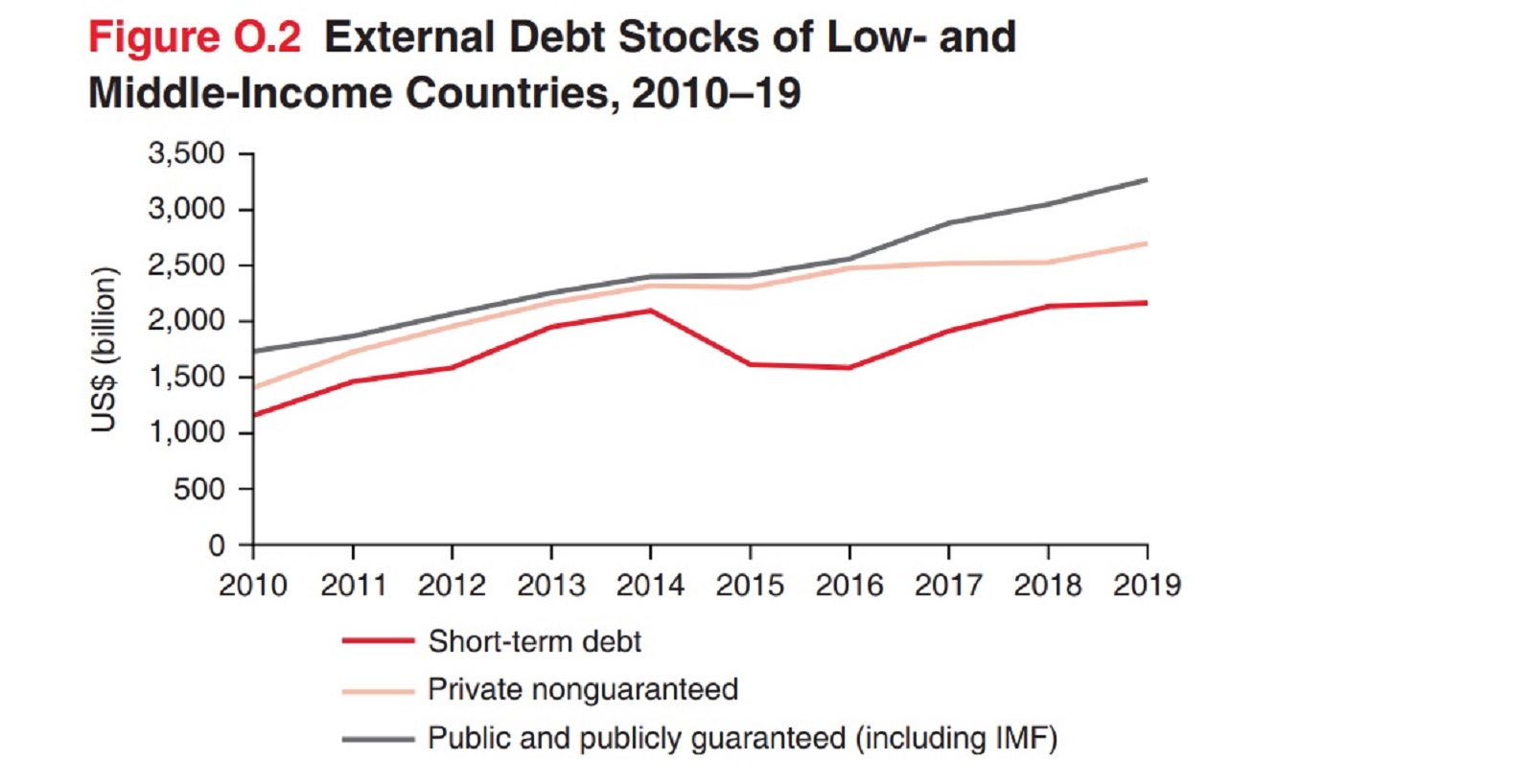 Egypt’s external debt grew 14.9% in 2019 to USD 115.1, from USD 100.1 bn the previous year, according to the World Bank’s International Debt Statistics 2021 report (pdf). The breakdown: USD 13.1 bn in IMF loans, USD 90.7 bn worth of long-term obligations, and USD 11.3 from short-term debt, World Bank data shows. Egypt’s USD 8 bn worth of eurobond issuances and the final USD 4 bn tranche of the 2016 IMF Extended Fund Facility account for the lion’s share of the new debt the country took on board in 2019. Early this year, the Finance Ministry said it would press pause on further eurobond issuances, but tapped the market in May to cover revenue shortfalls caused by the covid-19 pandemic.

Silver linings: Net financial inflows fell only marginally in 2019 to USD 24.6 bn from USD 24.8 bn the previous year. The figure benefited from an increase in FDI and in net short-term debt. By way of comparison, net financial inflows to low- and middle-income countries fell 14% y-o-y to USD 0.9 tn.

What are we talking about here? Net financial inflows adds money we received from FDI and equity investments to funds borrowed from lenders (net debt inflows). Net debt inflows are, in turn, calculated as the total amount from lenders in a given year minus repayments we’ve made on the principal of loans in the same period.

Egypt was “a bright spot” in Africa for FDI, with inflows growing 11% y-o-y despite falling 13% on average across the continent. This was owed to “economic reforms [in Egypt] that improved macroeconomic stability and bolstered investor confidence,” the report said. According to recent official figures, FDI was on the rise pre-pandemic, growing 16% y-o-y in 2Q2019-2020 (between 1 October and 31 December 2019), head of the General Authority For Investment and Freezones (GAFI) Mohamed Abdel Wahab said in March.