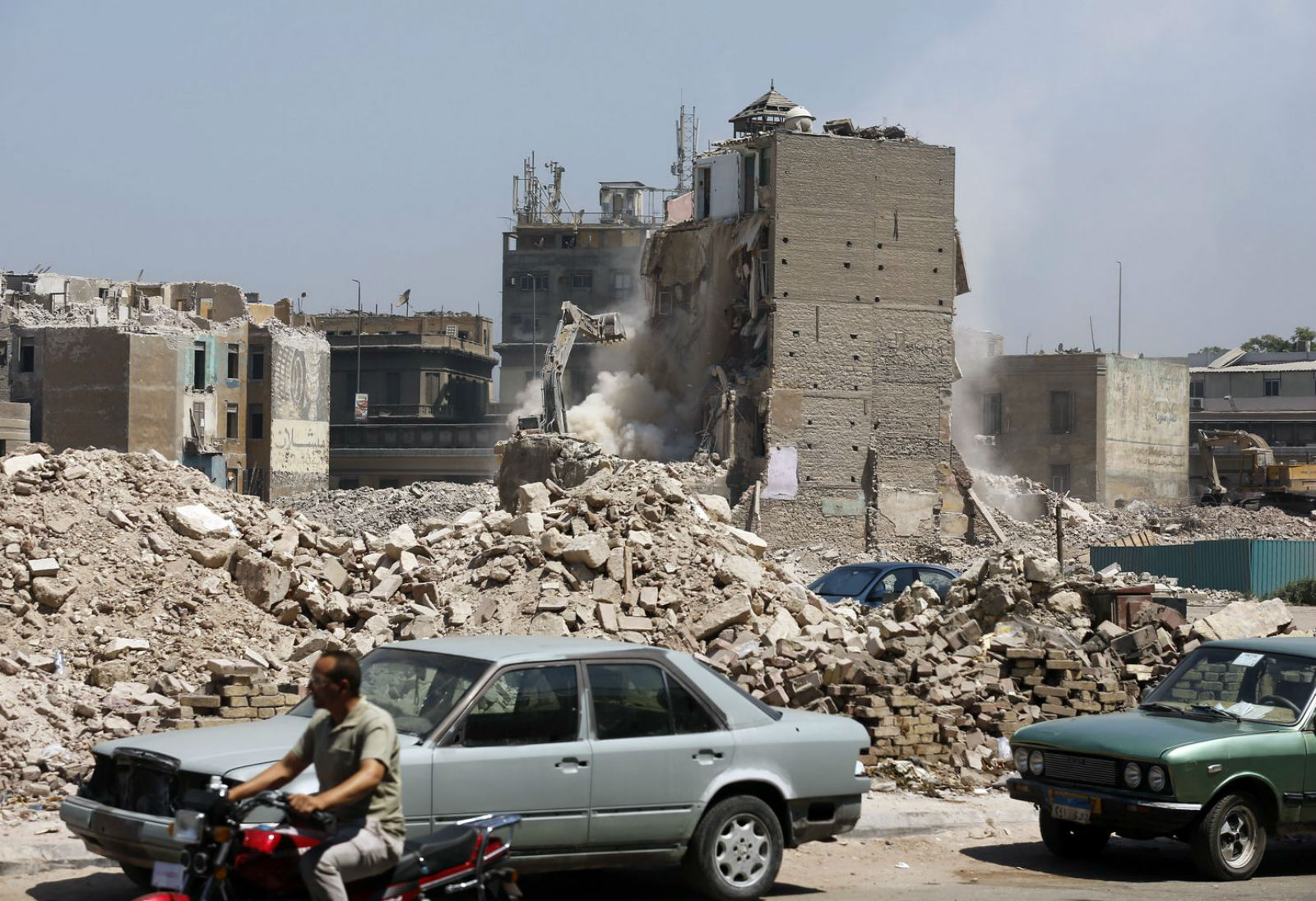 Egypt will deploy army if necessary to handle wildcat builders -El Sisi: President Abdel Fattah El Sisi threatened to use the army to crack down on those who build without permits or flagrantly violate construction codes, Youm7 reports, carrying a video clip of the statement (watch, runtime 27:11). “I will never allow that we give our country [away] this way and waste it," El Sisi said. “If it becomes necessary I will deploy the army to all of Egypt’s villages to enforce the law.” The president made the remarks on the sidelines of an inauguration for several national projects in Alexandria

Foreign press coverage: The National took note of the story, stressing how much the issue appeared to irk the president. It highlighted that El Sisi was “visibly angry” and spoke with a “raised voice, stating that the matter was no less serious than terrorism, or the threat to Nile waters posed by the Grand Ethiopian Renaissance Dam. “I have enough engineering machinery to obliterate and remove [illegal buildings] and if people don’t like that, then they can have a referendum [on his leadership] and I just leave,” it quoted the president as saying.

Background: The government has extended until 15 September a deadline to demonstrate “seriousness” for applicants looking to settle building code violations in an effort to tackle the long-standing issue. The fees would be submitted alongside settlement applications, and deducted from the overall charges if the applications are accepted. Demolition procedures would commence right away for rejected applications.