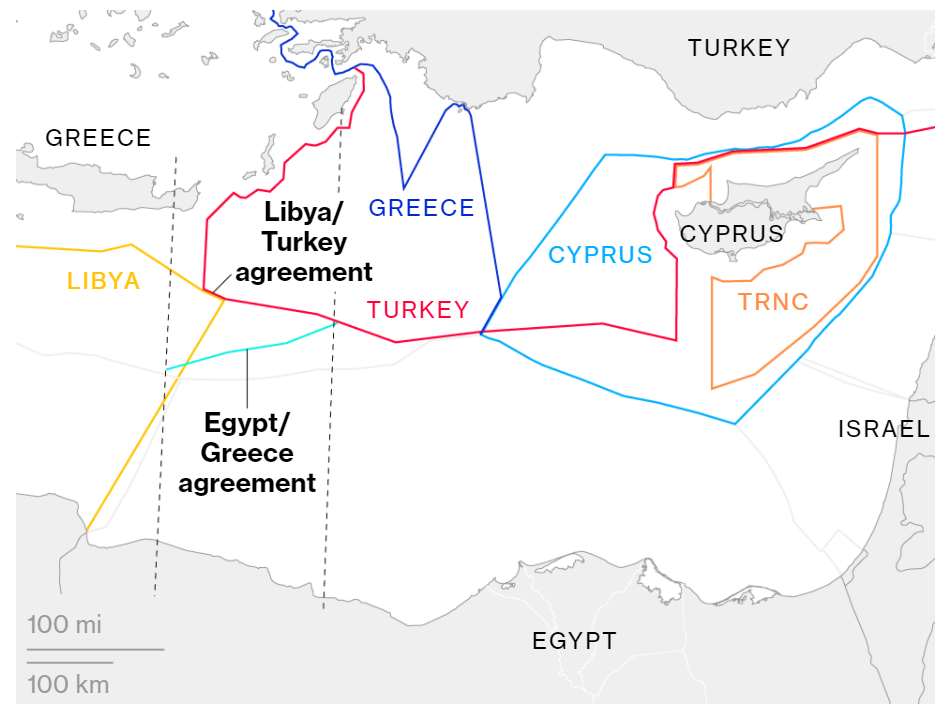 Germany weighs in on Turkey’s EastMed shenanigans today: Germany’s Foreign Minister Heiko Maas will discuss the eastern Mediterranean Sea dispute pitting Turkey against pretty much everyone else in the region, according to Reuters. Maas’ visit to Athens and Ankara comes as Turkish President Recep Tayyip Erdogan lashed out at Greece for being the region’s agent of “chaos,” Reuters reports.

Why does this matter? As one of the biggest economies in Europe, Germany represents the customers who would be buying the gas from the region that everyone is scrambling for.

Where does it stand? Germany regrets Turkey’s decision to extend the activities of an exploration ship, the spokesman added at the regular government news conference. Turkey has been stirring the pot since last year after obscuring exploration missions on Cypriot territorial waters. They’ve reached a fever pitch this month, when Turkey dispatched a vessel to conduct a seismic survey in the eastern Mediterranean. The sultanate is also upping the ante on its gas geopolitics by announcing a major gas find on its Black Sea coast last weekend, and has even begun major redevelopment in the disputed northern part of Cyprus, according to Bloomberg.

Meanwhile, Egypt and Greece are expected to close ranks on the matter tomorrow, when the Greek parliament ratifies an accord defining maritime border zones. The move to formally determine maritime zones is a step towards both countries maximizing their utilization of the resources available in the region, and marks a step towards more natural gas exploration and extraction for Egypt.