The death toll from Tuesday’s massive explosion in Beirut has climbed to 135, and dozens more are still missing, Reuters reports. More than 5,000 others were injured in the Tuesday blast, which initial reports suggest was caused by a fire that broke out from welding work at the port.

The explosion is estimated to have caused losses worth USD 15 bn, Beirut Governor Marwan Abboud said. Lebanon has already been facing a severe financial crisis over the past several months.

As many as 300k people are believed to be homeless or living in homes that have experienced significant structural damage. The story leads the front pages of the global business press for a second day in a row, topping the New York Times | Financial Times | Wall Street Journal | Bloomberg.

Three Egyptian nationals are among the dead, according to statements from the Egyptian embassy in Lebanon (here, here, and here). Cairo is sending two planes loaded with medical supplies to Beirut, according to a State Information Service statement. Egypt’s Medical Syndicate could also be sending Egyptian doctors to help treat the victims.

Things worth thinking about heading into the weekend:

1- The Donald will lose this fall’s election, claims Allan Lichtman, the historian whose “13 keys” system has correctly predicted the outcome of every US presidential contest since Ronald Reagan’s re-election in 1984. You’ll have to watch this short (07:13) video to get the full rundown.

2- If you’re a white-collar worker, the odds are good you’re working a lot more than you need to. Go back a couple of years into the New Yorker’s archive for a reminder that “once upon a time, it was taken for granted that the wealthier classes enjoyed a life of leisure on the backs of the proletariat. Today it is people in skilled trades who can most find reasonable hours coupled with good pay,” while office workers are among “those subject to humiliation and driven like beasts of burden.”

Why are you working harder than your parents when we’ve seen massive gains in productivity and women’s participation in the labor force in the past half-century, so? Very probably because the “system” is broken in a way that allows you or your “boss” to keep creating more work for yourselves. (Pro tip: Your “boss” can mean your CEO for line staff — or faceless “shareholders” and their demands for “value” if you’re CEO). Go read: You really don’t need to work so much.

Maybe that’s why eliminating your daily commute hasn’t made your workday shorter: The covid-19 workday is 48.5 minutes longer on average and has 13% more meetings and 1.4 times the number of emails that a pre-pandemic workday would have had, according to a new study published by the National Bureau of Economic Research cited by Bloomberg. The study covered workers from North America to Europe and the Middle East, so don’t dismiss it out of hand as being relevant only to ‘western’ markets.

3- How has lockdown changed your personality? More than you may imagine right now and in ways that may not already be clear, the BBC argues in a must-read piece. Even more challenging for the marrieds among us: Covid is messing up marriages, with the WSJ warning that lockdown measures and pandemic uncertainty have “produced a pressure cooker inside homes, hurting even strong partnerships and, experts say, likely breaking others.”

4- Are you an old who is newly single and ready to mingle? The Journal suggests that it is Never too late to start your YouTube career, whether you’re a 68-year-old fitness instructor or a 57-year-old music buff.

5- And for the tech nerds among us: Samsung is out with a new folding device, the Galaxy Z Fold 2 alongside its Galaxy Note 20 Ultra. The Financial Times and the Verge have the details, but for iSheep like us, we’ve frankly taken a long look at this year’s newly announced Google Pixel phones, which run a clean version of Android that’s functional, looks reasonable and lacks all of the crapware Samsung installs. Verge reviewer Dieter Bohn argues that the stripped-down Pixel 4A is a worthy bargain-priced entry.

The Health Ministry confirmed 18 new deaths from covid-19 yesterday, bringing the country’s total death toll to 4,930. Egypt has now disclosed a total of 94,875 confirmed cases of covid-19, after the ministry reported 123 new infections yesterday. We now have a total of 47,182 confirmed cases that have fully recovered.

Almost all hotels in Cairo, the North Coast, and Ain Sokhna are now licensed to operate at the government-decreed 50% capacity and a total of 620 hotels across the country have earned the health safety certificate required to operate at the reduced capacity, Assistant Tourism Minister Abdel Fattah El Assi told Al Mal.

Nearly 50k tourists have visited Sharm El Sheikh and Hurghada since Egypt reopened its airports on 1 July, Tourism Minister Khaled El Anany said, according to Al Mal. The primary inbound markets: Ukraine, Belarusia, Serbia and Hungary. The news comes as Air Serbia resumed charter flights to Egypt, EX-YU Aviation News reports. The carrier has 16 charters scheduled for the Red Sea through the end of summer, with 15 of them Hurghada-bound.

This ETF has more gold than most of the world’s central banks: SPDR Gold Shares is now among the biggest owners of physical gold in the world, holding more bullion than even the Japanese and Indian central banks, the Financial Times reports. The exchange-traded fund’s holdings climbed to 1,258 tonnes on Tuesday as investors continue to pile into the precious metal. Gold prices hit new record highs yesterday, rising to USD 2,053.50 / oz.

Investors hatch plan to reach zero emissions by 2050: A group of investors with USD 16 tn AUM has unveiled the world’s first step-by-step plan to help pension funds meet the Paris climate targets and cut emissions to zero by 2050, Reuters reports. In a bid to encourage greener investing, the Institutional Investors Group on Climate Change has laid out specific targets for funds, such as increasing holdings in low-carbon passive indexes and putting pressure on portfolio companies to tie pay to climate-related targets. 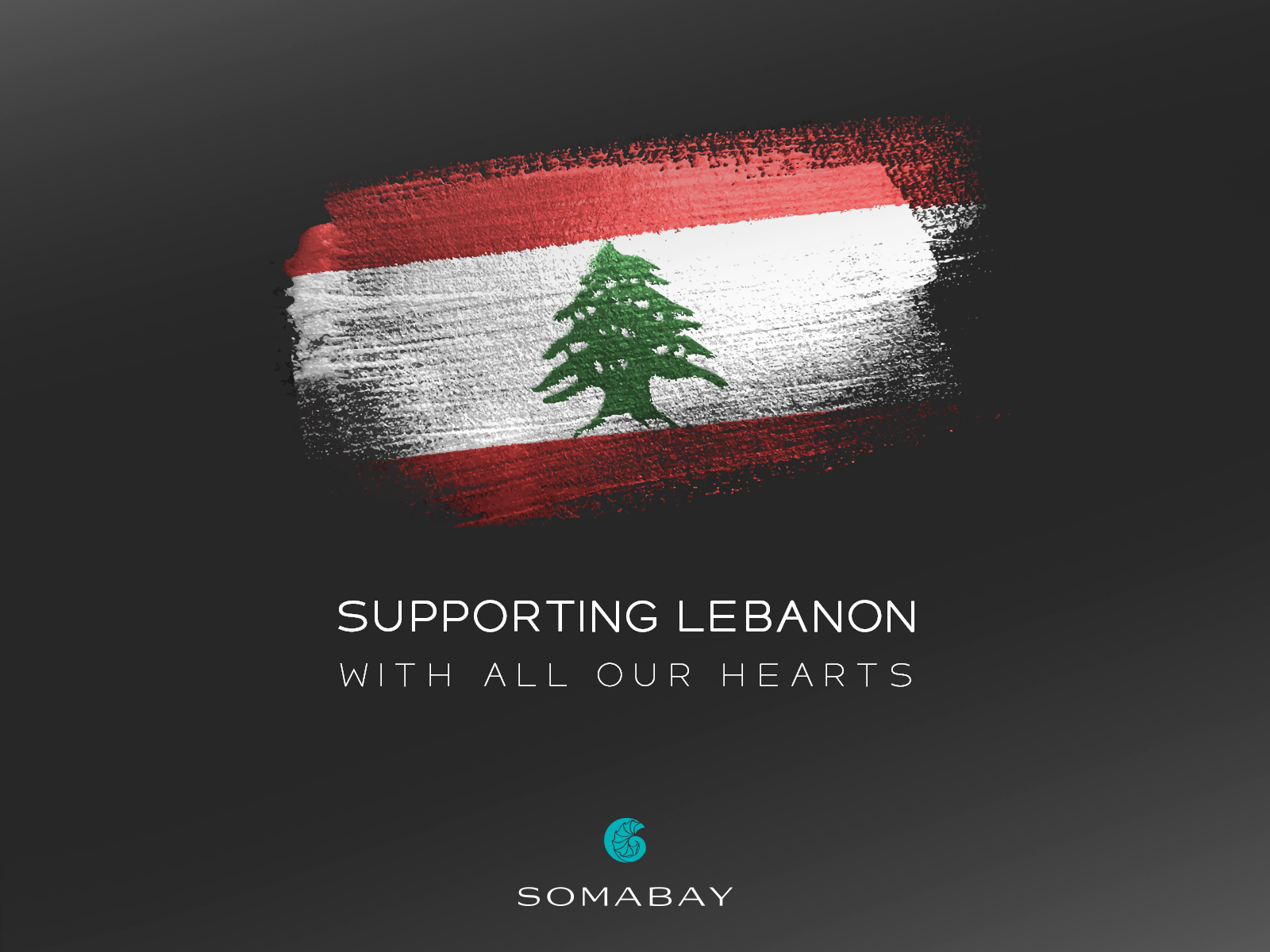 Saudi Arabia is moving forward with its nuclear plans (with a little help from Beijing), taking it a step closer to producing nuclear material, the Wall Street Journal reports. Weapons-grade enrichment remains a distant prospect for Saudi, but the plant, which allows it to produce yellowcake from uranium ore, is causing concern in Washington about the kingdom’s nuclear ambitions, the paper says. This comes days after the UAE inaugurated the Arab world’s first nuclear power plant.

Microsoft’s acquisition of TikTok could be worth between USD 10 and 30 bn, CNBC’s David Faber reported yesterday. If the acquisition materializes before a 15 September deadline, after which it seems likely King Cheeto may ban the Chinese video-sharing app, which his administration has accused of exposing data on Americans to the Chinese government. The news comes as Instagram has launched a TikTok competitor dubbed “Reels” and amid not-so-veiled threats from the US Secretary of State that a broader crackdown on Chinese apps could be in the cards.

Gulf countries are scrambling to invest in foreign agribusinesses and agri-tech solutions as the pandemic forces a reckoning with their precarious food situations, the FT reports. Predominantly reliant on imported food, Gulf states are becoming painfully aware of the need to diversify where they get their sustenance. This means technology based agriculture — like cellular food development, AI-driven farming and high tech greenhouses — at home and big ticket purchases in foreign food groups like India’s Daawt’s food abroad.