Egypt might enter Libya if security is compromised -El Sisi 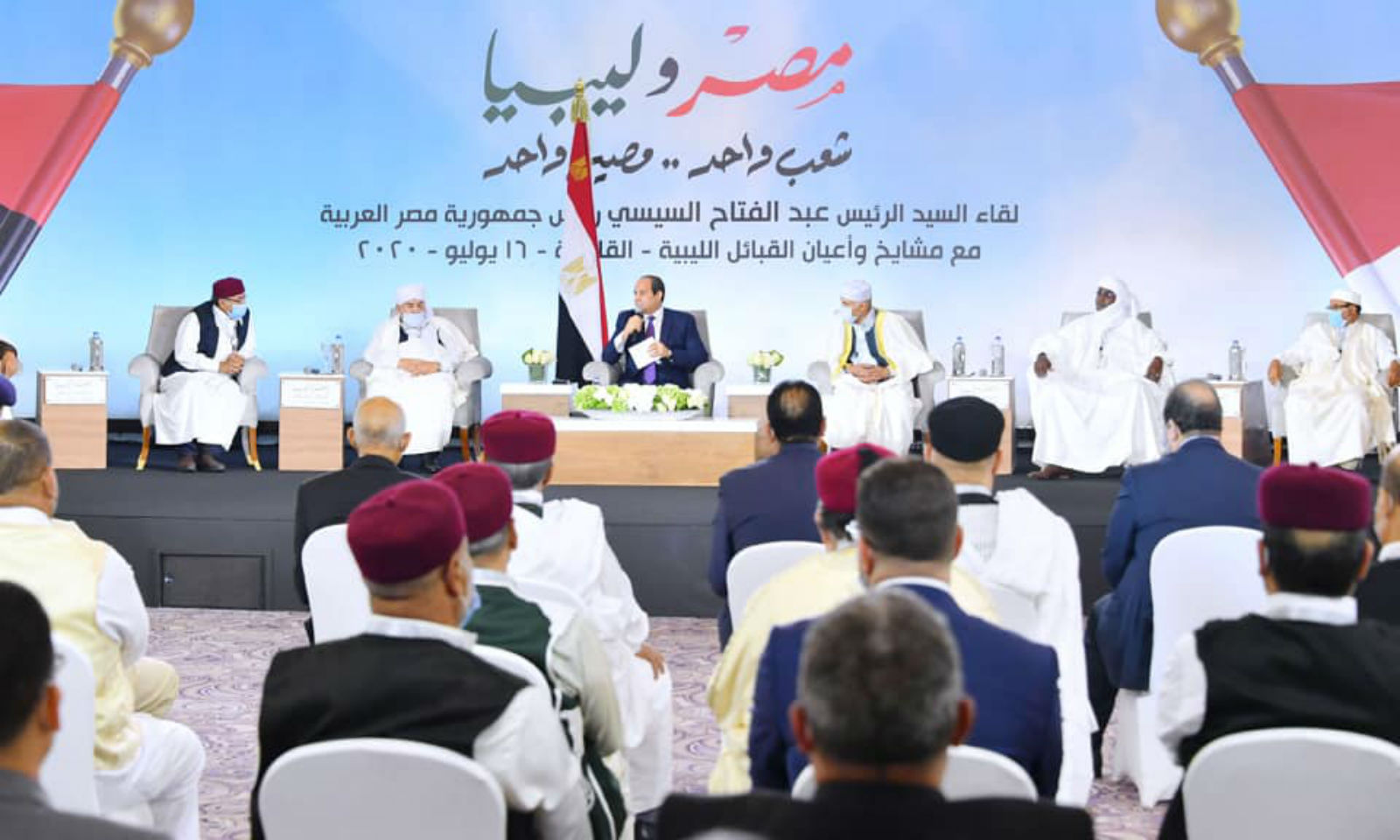 Egypt could enter Libya if security is compromised -El Sisi: Egypt’s military is capable “of changing the military scene [in Libya] quickly and decisively,” and will “not stand idly by” if Egypt’s or Libya’s national security faces a direct threat, President Abdel Fattah El Sisi told a meeting of Libyan tribal leaders in Cairo on Thursday (watch, runtime: 31:21). El Sisi was given the greenlight from the tribes, who are affiliated with the Egypt-backed eastern commander Khalifa Haftar, to intervene in the conflict against the Tripoli-based Government of National Accord (GNA), which in recent weeks has turned the tide in the war, bolstered by Turkish-backed troops.

The question on everyone’s lips: What’s the likelihood of Egypt being dragged into war? El Sisi’s speech hints that any move to enter the war-torn country would come if the GNA and Turkey attack the coastal town of Sirte and Libya’s largest airbase in Jufra, which he considers a red line. On one hand, the president made sure to point out that “the red lines that we announced earlier… were basically a call for peace.” On the other, he made it clear that Egypt would seek parliamentary approval at home and intervene if this frontline is attacked.

An attack on Sirte could be imminent: Turkey and the GNA, which have demanded control of Sirte and Jufra as a precondition for any lasting ceasefire, appear to be moving troops to the frontlines in preparation for an attack, Reuters reported yesterday, citing witnesses and GNA commanders.

A war of words: Turkish President Recep Tayyip Erdoğan denounced both Egypt and the UAE on Friday, describing our backing of Haftar as “an illegal process” and the Emiratis’ as “piratical,” reports Reuters. In response, Egyptian foreign ministry spokesman Ahmed Hafez voiced his “surprise” that Turkey believed its intervention in Libya was legitimate, adding that Egypt rejected Turkish interference in any Arab country, be it Libya, Syria or Iraq, saying it violated resolutions by the UN Security Council.

Sanctions and more sanctions: The US has imposed sanctions on parties linked to Russian mercenary firm the Wagner Group — which has deployed operatives in the country in support of Haftar — and accused it of violating the UN arms embargo on Libya. France, Germany and Italy are also threatening to impose sanctions on any country found to be breaching the embargo.