IMF lowers MENA growth forecasts in 2020 due to persisting uncertainty 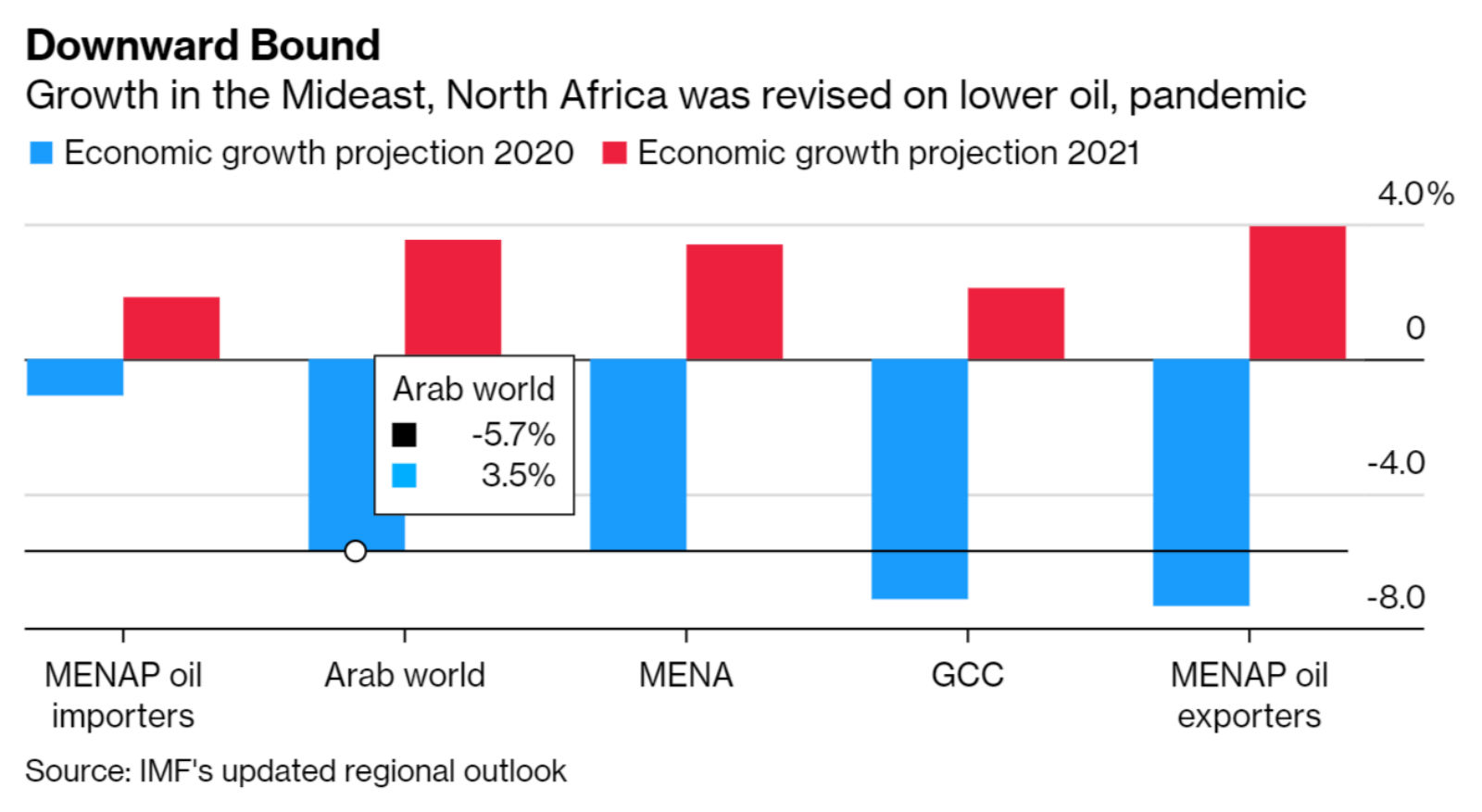 The IMF slashed its 2020 GDP forecast for the MENA region, penciling in a 5.7% contraction for the year in its July update of its regional economic outlook for the Middle East and Central Asia. The fund had expected a 3.3% contraction for the region in April but has revised its projection downward due to the continued uncertainty about the duration of the pandemic and the prospects for recovery, particularly in light of the continued pressure on oil prices.

Before we go further: The forecast doesn’t break out country-level projections, and IMF Egypt boss Uma Ramakrishnan said last week in an interview that the institution sees Egypt’s economy growing at a 2% clip through the end of 2021. The European Bank of Reconstruction and Development, meanwhile, gave us a positive score in May, and saw the economy doing better than that of any other country in the region this year.

Regional oil importers, which include Egypt, could contract by a collective 1.1%. This is because any benefits of lower crude prices will be offset by global trade obstacles, lower revenues from tourism and expat remittances, and tighter global financial conditions, the fund said.

Oil exporters, meanwhile, are expected to see their economies shrink by 7.3%, driven by fluctuations in oil prices and pandemic lockdowns. Energy producers in the region stand to lose USD 270 bn in oil revenue compared to last year, according to the lender. The foregone revenue is chalked up to economic giant Saudi Arabia taking a battering from the pandemic, the Washington Post notes.

Brent crude is currently in the region of USD 43 / bbl after production cuts by OPEC and its allies helped drive prices upward from record lows in March. Even following the record cuts, which started taking effect, the oil market is facing a general glut as growing covid-19 cases worldwide "dampen global demand". Oil traded at closer to USD 60 a barrel before the pandemic took hold.

Globally, the situation isn’t much better. The IMF said last month in its most recent update to its the World Economic Outlook that the world is entering into a deeper recession than previously thought. The fund revised downwards its global economic growth expectations to -4.9% from an earlier -3%.