BIG BUSINESS NEWS OF THE DAY: Business conditions improved substantially in June, but private-sector activity was still in contraction mode, according to the IHS Markit purchasing managers’ index out yesterday. We have chapter and verse in this morning’s Speed Round, below.

A CLOSE SECOND: Traders are penciling in a more stable year ahead for the EGP, ZAR, and KES than the currencies of Ghana, Zambia, and Nigeria, Bloomberg says. All six major African currencies are not expected to sustain major depreciations over the coming 12 months as “the wall of global monetary and fiscal stimulus provides a backstop for riskier assets,” the business information service says.

The EGP has been rallying against the greenback since 23 June, strengthening to 16.02 yesterday after dipping to 16.12, according to CBE data (pdf).

BIG PERSONAL NEWS OF THE DAY for many of our readers and their families: The United States says foreign students need to transfer schools or leave the country if their college or university is moving to remote learning this fall. New international students whose schools move to fully online instruction won’t get visas, and “active students currently in the United States enrolled in such programs must depart the country or take other measures, such as transferring to a school with in-person instruction,” US Immigration and Customs Enforcement said in a statement (pdf) late yesterday. The story is getting wide coverage in the global press (The Verge | Reuters | Financial Times | CNN).

Among the schools that are moving to (just about) fully online: Harvard. Students attending Fair Harvard will nevertheless have to pay full tuition for the privilege of attending classes timezones and timezones away.

Military Production Minister Mohamed Said El Assar passed away yesterday, aged 74, after battling cancer, Al Masry Al Youm reported yesterday. President Abdel Fattah El Sisi mourned the loss, writing on Twitter that El Assar was “one of the most sincere men to face challenges for our great homeland. At the forefront of men defending it at a unique and special moment in its history.” The Madbouly cabinet also offered condolences on Monday. Assar served as a member of the Supreme Council of the Armed Forces, which governed Egypt after the overthrow of President Hosni Mubarak in 2011.

It’s not just you — time does feel warped this year. This interactive story from Reuters explains why you’ve simultaneously felt like each day drags on for ages, but the past four months have whizzed by in the blink of an eye. In a nutshell: Our sense of time can easily be distorted by illusions, particularly since the human mind doesn’t have a hard-wired system to accurately keep track of time.

News triggers coming up over the next few days include foreign reserves figures for June, which should be out sometime this week, and inflation data for last month, which is due on Thursday.

The Health Ministry confirmed 79 new deaths from covid-19 yesterday, bringing the country’s total death toll to 3,422. Egypt has now disclosed a total of 76,222 confirmed cases of covid-19, after the ministry reported 969 new infections yesterday. We now have a total of 21,238 cases who have fully recovered.

That’s the lowest single-day toll of new cases since 27 May when the Health Ministry reported 910 new infections. Reuters and Xinhua both picked up the news.

Air France has also resumed flights to Egypt, operating two weekly flights between Cairo and Paris, according to a statement picked by Youm7.

Some 3k tourists have visited Red Sea governorates since the international flight ban was lifted on 1 July, with 12 flights from Ukraine and Belarus landing in Sharm El Sheikh and seven others from the Eastern European countries and Switzerland touching down in Hurghada, Al Masdar reports.

Travellers journeying between Egypt and Greece will not be required to self quarantine, Tourism Minister Khaled El Enany said after a meeting with his Greek counterpart to discuss how the two countries are lifting lockdown measures, a ministry statement said. 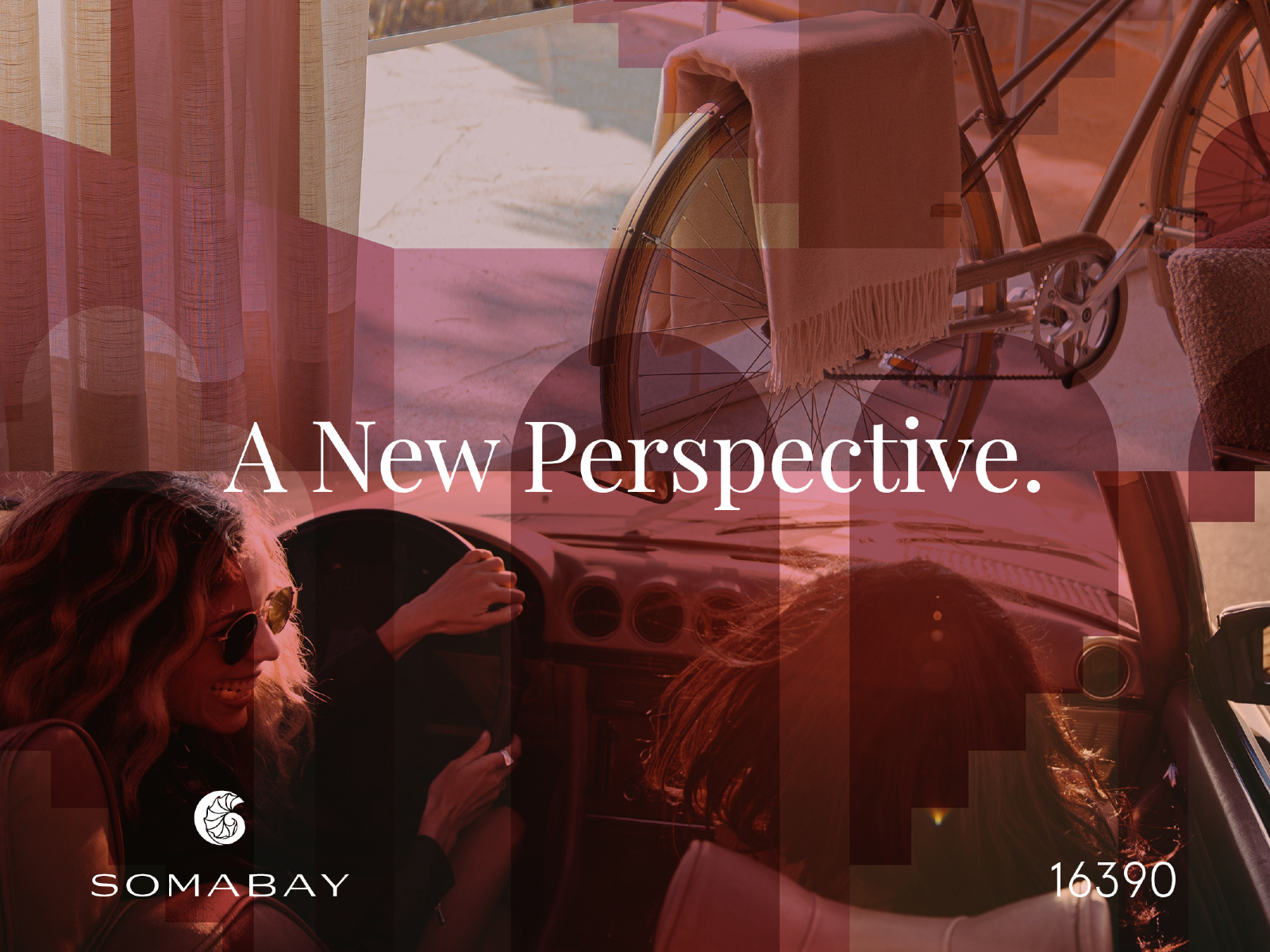 India has become the third-worst hit country by the coronavirus, surpassing Russia after adding a record 23k cases yesterday, according to Johns Hopkins data. The country now has a total of 697k confirmed cases ahead of Russia with almost 687k but behind Brazil with 1.6 mn and the US with almost 3 mn.

WHO could be forced to rethink corona guidance after scientists insist the virus is airborne: The World Health Organization (WHO) is reviewing data presented by hundreds of scientists on Saturday that the coronavirus can be transmitted in the air, Reuters reports. The global health agency has maintained that the coronavirus is spread between people via droplets from the nose and mouth, but in an open letter 239 scientists claimed that smaller airborne particles can be breathed in. They’re calling on the WHO to review its recommendations.

Kuwait’s finances are in such desperate straits that it might have to start tapping its sovereign wealth fund for cash. With a budget deficit expected to reach 40% of GDP this year, a legislature that refuses to allow more public borrowing, and a rapidly depleting General Reserve Fund, Kuwait may soon be forced to turn to its Future Generations Fund as a source of cash, Bloomberg reports. The FGF is the world’s oldest and reportedly fourth-largest sovereign wealth fund.

Meanwhile, Saudi Arabia’s central bank governor says it’s “too early to tell” whether the kingdom will see a V-shaped economic recovery as it moves beyond lockdown. The purchasing manager’s index for KSA fell at a faster pace in June than in May, in contrast to Egypt (where the pace of contraction slowed) and the UAE (which rebounded, albeit with job losses). 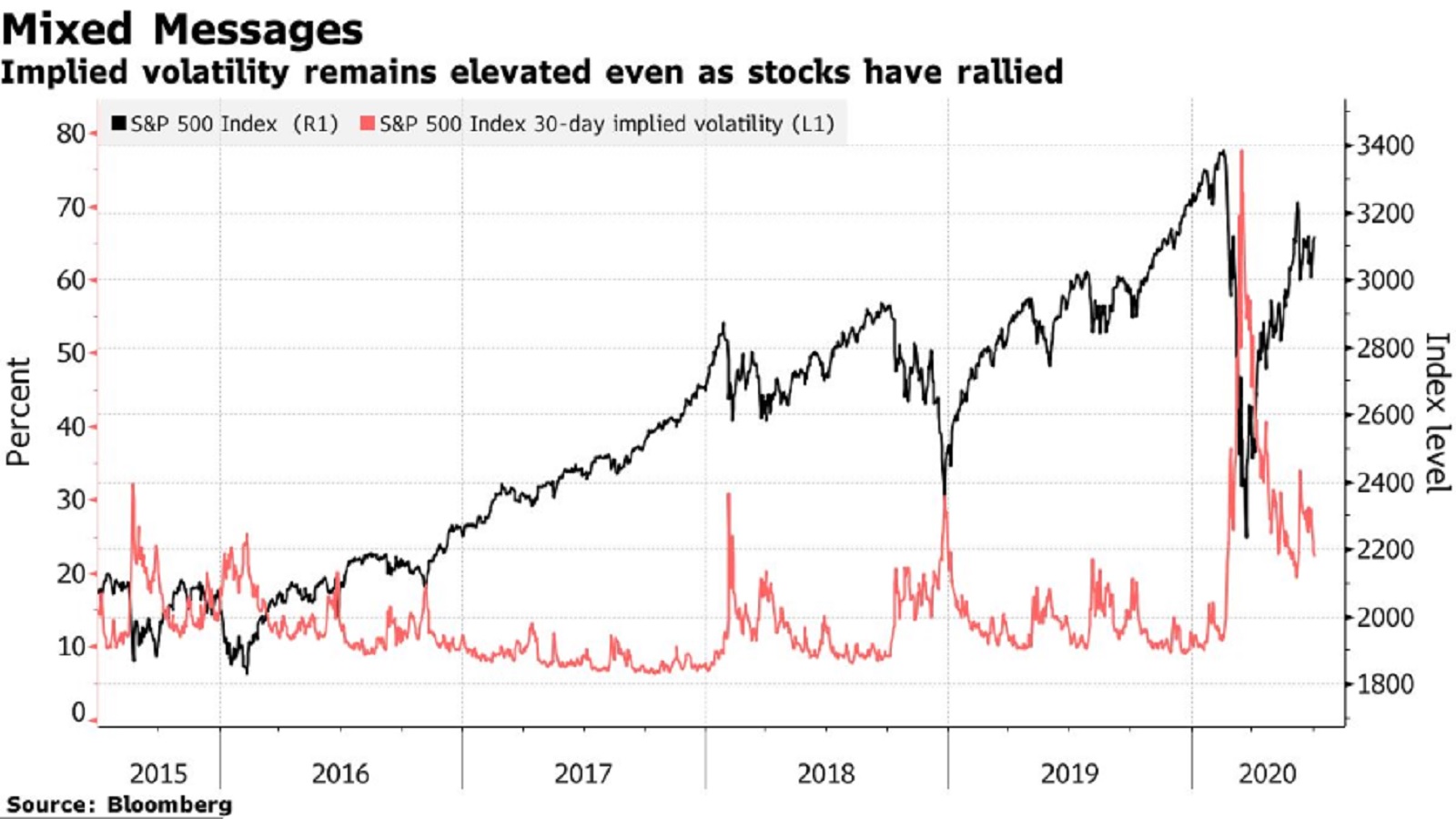 Mixed messages put VIX traders “in a bind”: The VIX index is continuing to flash red despite US stocks surging 40% since their nadir in March, putting VIX traders in the awkward position of having to second-guess two conflicting trends, according to Bloomberg. VIX futures, a measure of volatility in US equities, has remained above normal levels, pointing to continued investor fears of a resurgence of the coronavirus, uncertainty about the economic recovery and the November presidential election. Meanwhile, stocks have just come off their best quarter in 22 years, fuelled by record amounts of stimulus and hopes for a short, V-shaped recovery.

SOUND SMART- Called the “fear index” in some quarters, the VIX “represents the market’s expectation of 30-day forward-looking volatility.”

Capital might be flooding back to the developing world, but the risks of an EM debt crisis remain: Investors are becoming overly complacent about the risks of an emerging market debt crisis as global trade remains anaemic, commodity prices struggle to rebound, and the fate of tourism and travel remains in limbo, Megan Greene writes in the Financial Times. There remain significant questions about the ability of many EMs to service their debts given the huge uncertainties and the massive amounts of liquidity injected earlier this year by central banks around the world may not be enough for what lies ahead. “EMs remain in the eye of the storm, and both investors and the IMF need to be ready for the inevitable next wave of volatility,” she writes.

From the Department of Why Does This Even Need To Be Said: Dar Al Ifta and Al Azhar have each issued statements telling Egyptians that women should not be blamed for [redacted] harassment after more than 100 women and girls accused one 22-year-old man of harassment and assault. The National’s Hamza Hendawi took note.

UK regulators have ordered the ‘Big Four’ accounting firms — Deloitte, PwC, EY and KPMG — to split their auditing operations by 2024, the Financial Times reports. In a move that stops short of a full overhaul of the sector, the Financial Reporting Council has ordered the firms to submit plans in October about how they will spin off their audit arms. The move comes in response to the collapse of construction giant Carillion in 2018, which prompted a series of reviews into the country’s auditing sector that recommended new regulations to increase competition and monitor behavior.

Uber will acquire Postmates in a USD 2.65 bn all-stock transaction after four years of on-and-off discussions, according to Bloomberg. Now with Uber Eats and Postmates under its belt, the acquisition should help Uber gain ground against food delivery platform DoorDash in the US market. Uber had previously been trying to acquire GrubHub but lost out to Europe’s Just Eat Takeaway.

Ennio Morricone, Oscar-winning Italian composer and Spaghetti Western extraordinaire, has died, aged 91 in Rome, Italian news agency Ansa reported yesterday. A prolific composer, Morricone created some of the most iconic soundtracks in movie history, including The Good, The Bad and The Ugly, Once Upon a Time in America, and The Untouchables. Morricone won an Oscar in 2016 for his work on Quentin Tarantino’s The Hateful Eight.