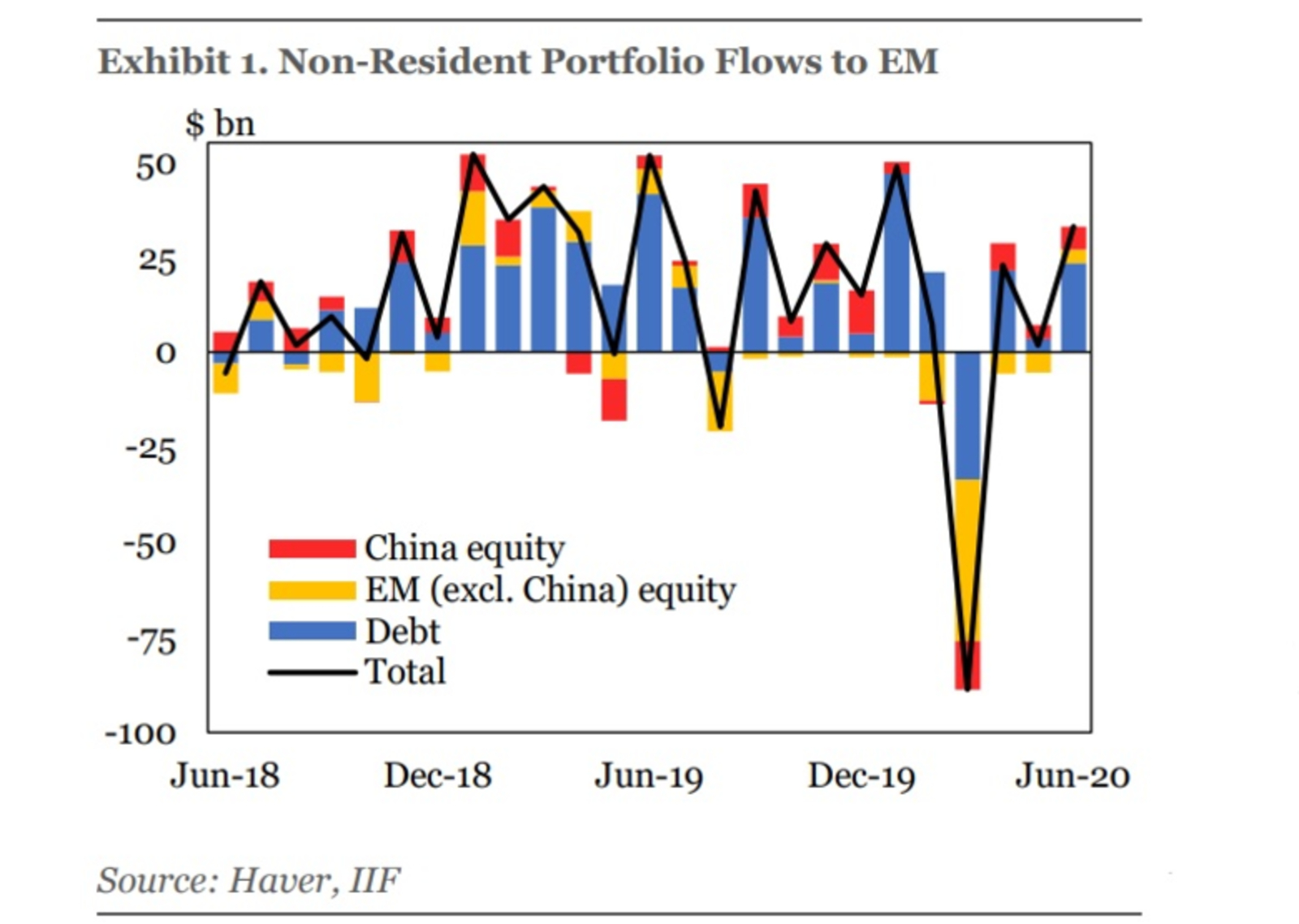 Net portfolio inflows to emerging markets continued to recover in June, soaring to USD 32.1 bn from USD 3.5 bn in May, according to the Institute of International Finance’s (IIF) most recent capital flows tracker.

The more than tenfold month-on-month rise in non-resident inflows reflects a shift in sentiment from where it was in March, when “negative sentiment on emerging markets approached extreme levels,” the IIF said. This shift reflects “deeply discounted valuations in many places, which mean that adverse economic outcomes and weak growth are largely priced,” according to the report. Capital markets that were most severely affected by the fallout from the pandemic are starting to pick back up, the IIF says. However, the report warns that the recovery will largely depend on the policies EMs put in place to “catalyze” the process, and that investors will generally be more discerning when choosing where to direct their investments.