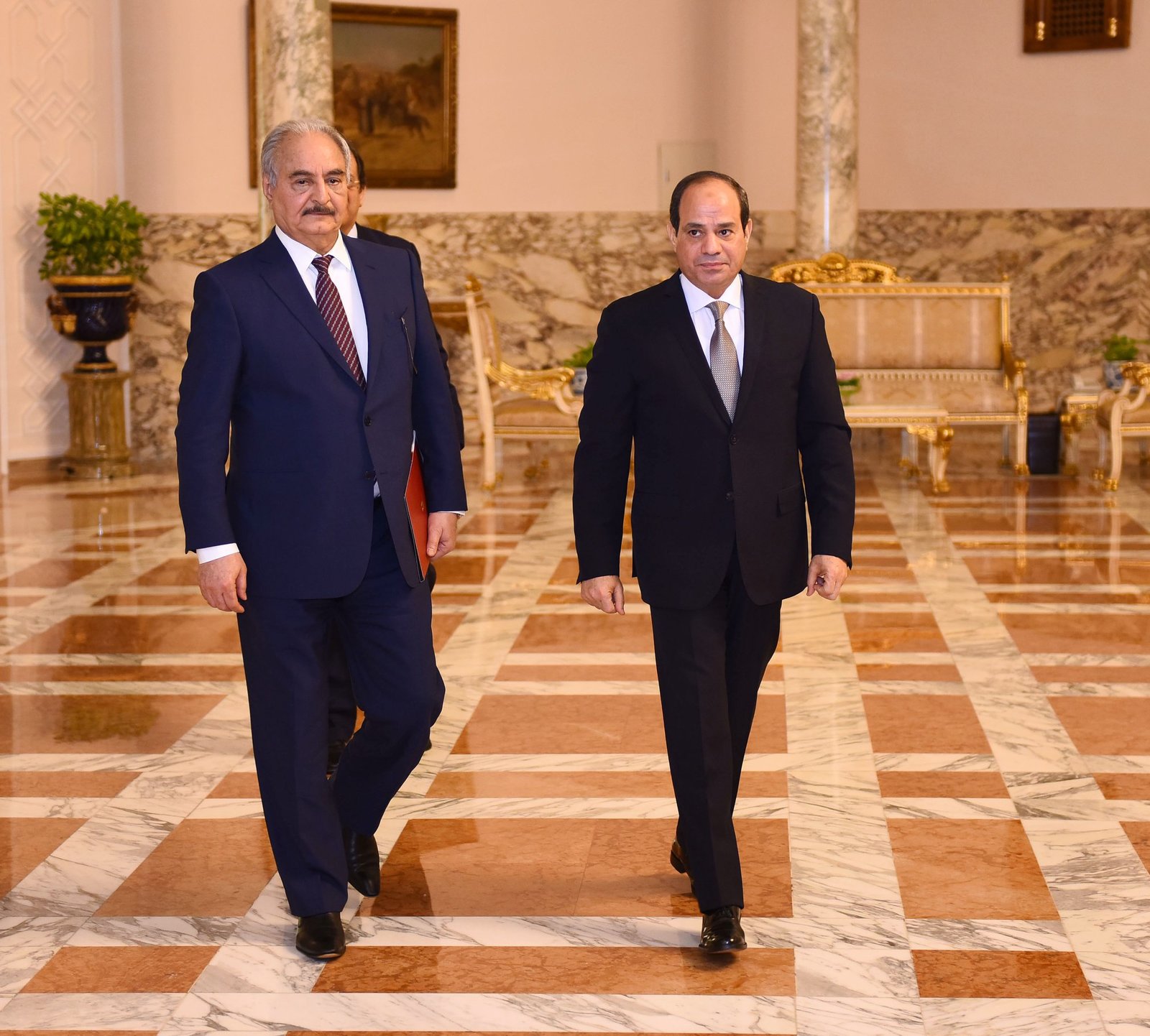 Egypt brokers ceasefire agreement in Libya, potentially setting up peace talks: The Libyan National Army (LNA)’s General Khalifa Haftar and Libya’s Parliamentary Speaker Agila Saleh have agreed to a nationwide ceasefire due to come into effect tomorrow at 6am under an agreement brokered by President Abdel Fattah El Sisi, according to an SIS statement. The agreement requires all “foreign mercenaries” to withdraw from Libya and would see militias handing over their weapons to allow for a political resolution to the conflict, El Sisi said at a joint presser with Haftar and Saleh yesterday. Representatives of the UN-recognized Libyan Government of National Accord (GNA) were not present.

An end to conflict through LNA control and procedural representation: The peace agreement calls for UN sponsored talks with the 5+5 Libyan Joint Military Commission in Geneva to pave the way for the formation of an elected presidential council within 90 days. The council would include representatives from each of the country’s three provinces, who will be tasked with appointing a prime minister and transitional government. Tripoli would get to select four ministers, Cyrenaic with seven, and Fezzan would receive control of five. Saleh will form a legislative committee to draft a “constitutional declaration” to guide the country through the 18-month transitional period until elections are held.

The agreement has received international backing and praise from the US, Russia, Bahrain, UAE, Jordan and Saudi Arabia.

Background: Egypt and the UAE have repeatedly called for a political settlement in Libya, and Egypt also supported an initiative launched by Agila Salah, resisting Haftar’s move to take full political control of the east, according to Bloomberg. Haftar’s LNA said it would rejoin UN-sponsored ceasefire talks with Libya’s GNA, following a series of meetings in Cairo last week which came after forces loyal to the GNA took the last LNA stronghold near Tripoli on Friday. Turkish military support for the GNA was key to its recent successes, Reuters reports, but the LNA still held control of the south and east of the country, and its oil fields before yesterday’s announcement.

The story is topping coverage of Egypt in the foreign press this morning: The Guardian | Bloomberg | Reuters | The Jerusalem Post | Deutsche Welle.