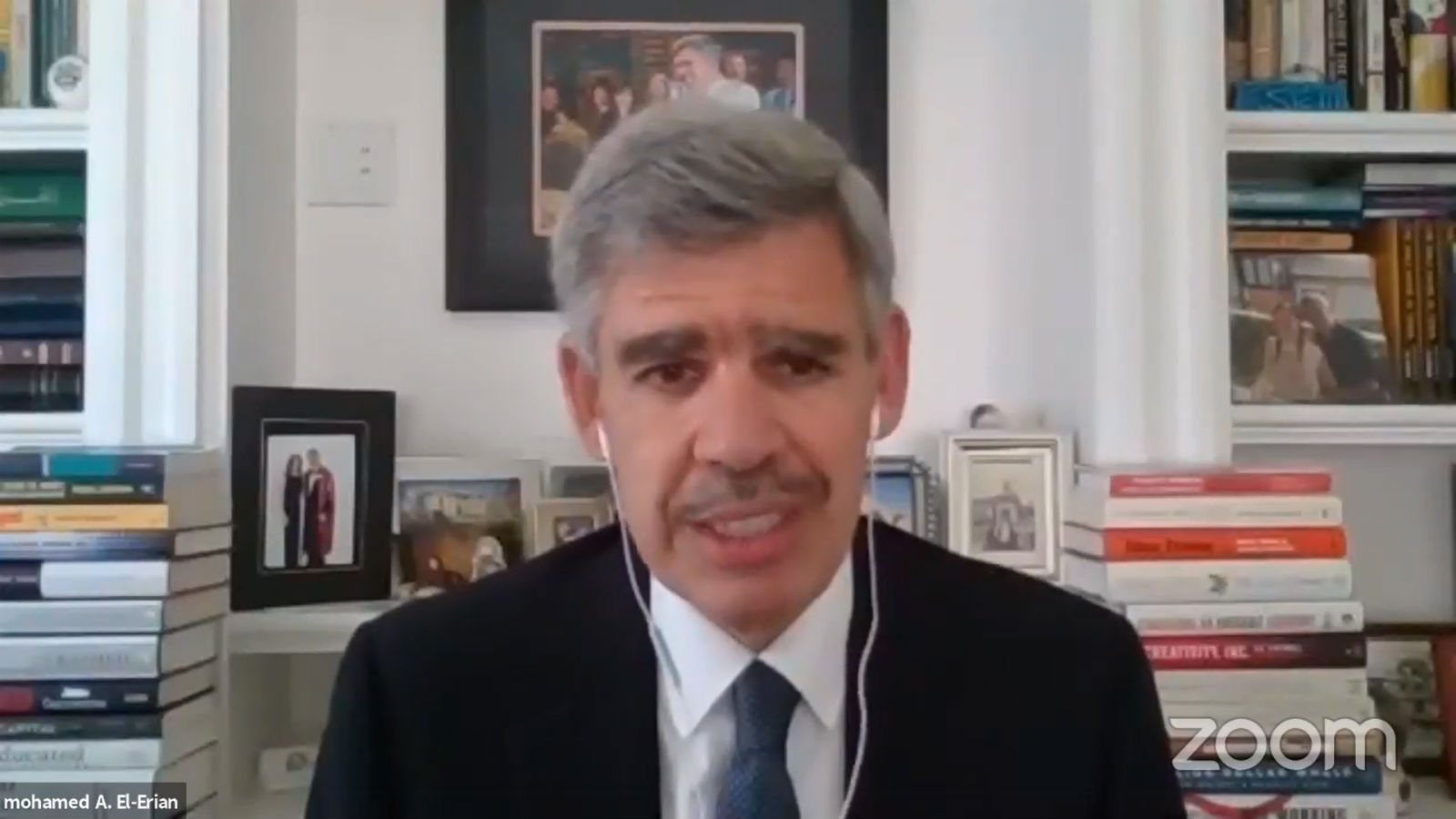 El Erian on how to set ourselves up for the post-covid world — and why that world will be particularly challenging to navigate: In a lecture for Nile University, Allianz economic advisor Mohamed El Erian offered his take on how the global economy came face-to-face with the worst (and most synchronized) downturn in history and the lessons we can all learn as individuals, businesses, and policymakers for the road ahead. Among the highlights:

The world entered the current crisis in a “very weak” position because we never effectively secured sustainable and inclusive growth after the financial crisis, we dismissed the importance of climate action, and we didn’t properly resolve global inequality. Now, major economies are expected to see their GDPs contract by 10%+ and supply chains are breaking down.

Developing countries, including Egypt, can’t decouple themselves from these global realities. With the contractions knocking on developed markets’ doors, Egypt and other developing markets can expect to feel the pinch because of lower export volumes, commodity prices, foreign direct investment (FDI), remittances, and tourism. “This is not a pleasant neighborhood to be in, but unfortunately it is the neighborhood we have.”

Non-traditional int’l players are taking the lead in an otherwise “disappointing” global effort: On the policy side, individual governments and policymakers are stepping up to the plate with a “whatever it takes” attitude, but the international response thus far has been “disappointing,” particularly when considering that this outbreak is an international problem and responsibility, El Erian says. This vacuum left by traditional players, such as the G7, has pushed African countries (Egypt involved), the United Nations, and the G20, among others, to take the lead in coordinating response measures.

Speaking of which: Why hasn’t the pandemic ravaged Africa the way it has, say, Italy and New York? The “great puzzle” of the outbreak is that there hasn’t been a massive outbreak of cases in sub-Saharan Africa, where healthcare systems wouldn’t be up to the challenge, El Erian stressed. However, nobody is really certain of whether the subdued spread of covid-19 in the continent, including Egypt, is because of the “positive” answers — young populations that are able to withstand the disease without showing symptoms, and a warm climate — or if it’s actually the worst case answer — that it’s just going to take more time.

#1- Everyone will have more debt — and debt levels in advanced economies are going to start catching up with their EM counterparts. Policymakers’ short-term priority is to stop short-term problems (a temporary job loss, a business temporarily losing its sales revenues, etc) from becoming long-term impediments (bankruptcy). And the way to go about that is to “borrow, and borrow, and borrow.” While a wall of debt sounds less than appealing to say the least, El Erian stresses that this is a far better outcome than failing to give support where it is needed.

#2- We’re going to enter an era of deglobalization. The geopolitical element of the pandemic-induced shock to the global system suggests that a wave of “political anger” (previous iterations of which yielded “unlikely outcomes” such as Brexit and Donald Trump’s election) will make continued globalization difficult, El Erian says. Changing company behavior will also be a key driver of deglobalization: Businesses will move away from relying on “just-in-time” models as resilience and sustainability become watchwords. That means they will begin localizing supply chains, and that also means there will be an increased intertwining of the public and private sectors in developed markets.

#3- The world will likely have to learn to “live with the disease.” Until a vaccine and treatment are available, we need to learn two things: The first is to reduce the damage it creates, including properly equipping countries’ healthcare infrastructure with sufficient hospital beds, ventilators, and other necessary supplies. The second is that the global economy will continue to be a “massive headwind” but it can be offset by investing in human capital, institutions, and improving business climates that will together form a tailwind for economic growth.

#4- Countries, companies, and households need to adopt a combination of defensive and offensive measures. Defensive policies should be designed with resilience and optionality in mind, while offensive measures should ensure agility, El Erian says. The defense phase is what we’re experiencing now — it’s how we’re acting as individuals, households, businesses, governments, and the global order. To be best positioned for the next phase, we need to avoid certain traps, such as looking for certainty in an uncertain environment, rather than embracing optionality and scenarios, he says.