We are in the final minutes of the country’s first nighttime curfew in some seven years, and the streets were eerily empty past dusk. Al Shorouk and Ahram Online carried pictures of the ghost town that was Cairo.

Who’s still working? For those still unclear on whose doors are still open during the curfew, the cabinet has posted a handy infographic illustrating the sectors and services still operating and their working hours.

Markets seem to be taking a breather this morning: In trading yesterday, US stocks had their first back-to-back gains since February and the EGX30 closed again in the green. Asian markets were largely trading sideways this morning, and US futures were marginally in the red at the time of dispatch. Look for them to surge today if we get word from Washington on a stimulus agreement.

The Health Ministry yesterday reported 54 new cases of covid-19, all Egyptian citizens, bringing the overall total to 456. The virus claimed another victim, a 63-year-old Monufia resident, bringing the death toll to 21. Ninety-five people have now made full recoveries after 11 Egyptians and four foreigners were discharged from hospital yesterday. There are now 113 people who have tested negative after treatment, suggesting they may have recovered.

Outpatient clinics are now closed and there will be 19 state labs testing for the virus that causes covid-19 when two more labs start operation later today, Health Minister Hala Zayed said yesterday. Zayed also said that the ministry will allow pharmacies to dispense three-month supplies of meds for beneficiaries of the public healthcare insurance program those with chronic illnesses. Mothers benefitting from programs to expand access to baby formula will also be allowed to stock up. Both measures are designed to encourage social distancing by reducing footfalls at pharmacies.

The government is requiring construction companies to monitor their workers’ temperatures and provide them with masks and disinfectants as precautions against covid-19, according to the local press. Ambulances will also be required to remain on sites with more than 100 workers.

The Financial Regulatory Authority has granted MSMEs a six-month grace period to pay insurance premiums, according to an official statement. It also formed an emergency committee to follow up on the impact of the outbreak and take the necessary actions to protect microfinance in particular.

The Finance Ministry has issued a decree obliging VAT registrants to file their taxes despite the partial economic shutdown, the local press reports.

Some food and pharma producers want exemptions from curfew for their staff, saying the measure will make it difficult for them to keep shelves stocked, the local press reported. Manufacturers will likely place their workforce on a rotation schedule, which head of the Sixth of October Investors Association Mohamed Khamis Shaaban claims would cause productivity to fall by 75%. The curfew-driven productivity loss could drive up prices, warns the Beni Suef association head Mohsen El Gebaly. Neither Shaaban nor El Gebaly explain the math here, particularly since the Federation of Investor Associations’ food industries division said the curfew would not reduce food manufacturers’ productivity.

Egyptian cotton exports have ground to a halt amid cratering global demand, Masrawy reports, citing sources at the Cotton Exporters Association. Countries across the world — including India, the biggest importer of Egyptian cotton, — have shuttered factories, effectively ending Egypt’s exports. Times were already tough for the industry, having seen exports fall almost 40% during the first three months of the export season, which started in September.

Nissan is halting operations at its Giza assembly plant for two weeks, according to AP. Factory work will also be suspended at the company’s facilities in South Africa and India while office-based employees will continue working from home.

Egypt’s four mobile operators are reducing their store opening hours to 8:30am – 4:30pm in light of the curfew, the National Telecommunications Regulatory Authority said yesterday, according to Ahram Online.

EFG Hermes’ installment payment app valU is giving Uber drivers a three-month grace period to pay their premiums. The decision comes a day after the government banned ride-share services as a precautionary measure, according to the local press.

Speaking of Uber: The company has suspended its personal vehicle services from 6pm until 6am and its Uber Bus service between 5pm and 7am as of yesterday, according to an emailed statement.

Swvl, meanwhile, is cutting back on its trips and is making them all available without charge to provide transport for individuals who are still going to work, according to the local press. The ride-hailing app is halving the number of passengers allowed in each vehicle.

The Cairo metro is running on an amended schedule, which you can find here in this cabinet statement.

Saudi Arabia will extend the visas of Egyptians still stuck in the country and give pilgrims struggling to depart until 28 March to request an exemption to avoid paying fees associated with an extended stay, according to the local press. Oman is working on arranging an exceptional flight to Egypt to repatriate citizens.

On a lighter note, Red Sea governor Gen. Amr Hanafi quipped that the mayor of El Qusayr was detained for breaking curfew yesterday, in a chat with talk show host Ahmed Musa on Sada El Balad, to illustrate how serious authorities are about enforcing it. He was released shortly after. 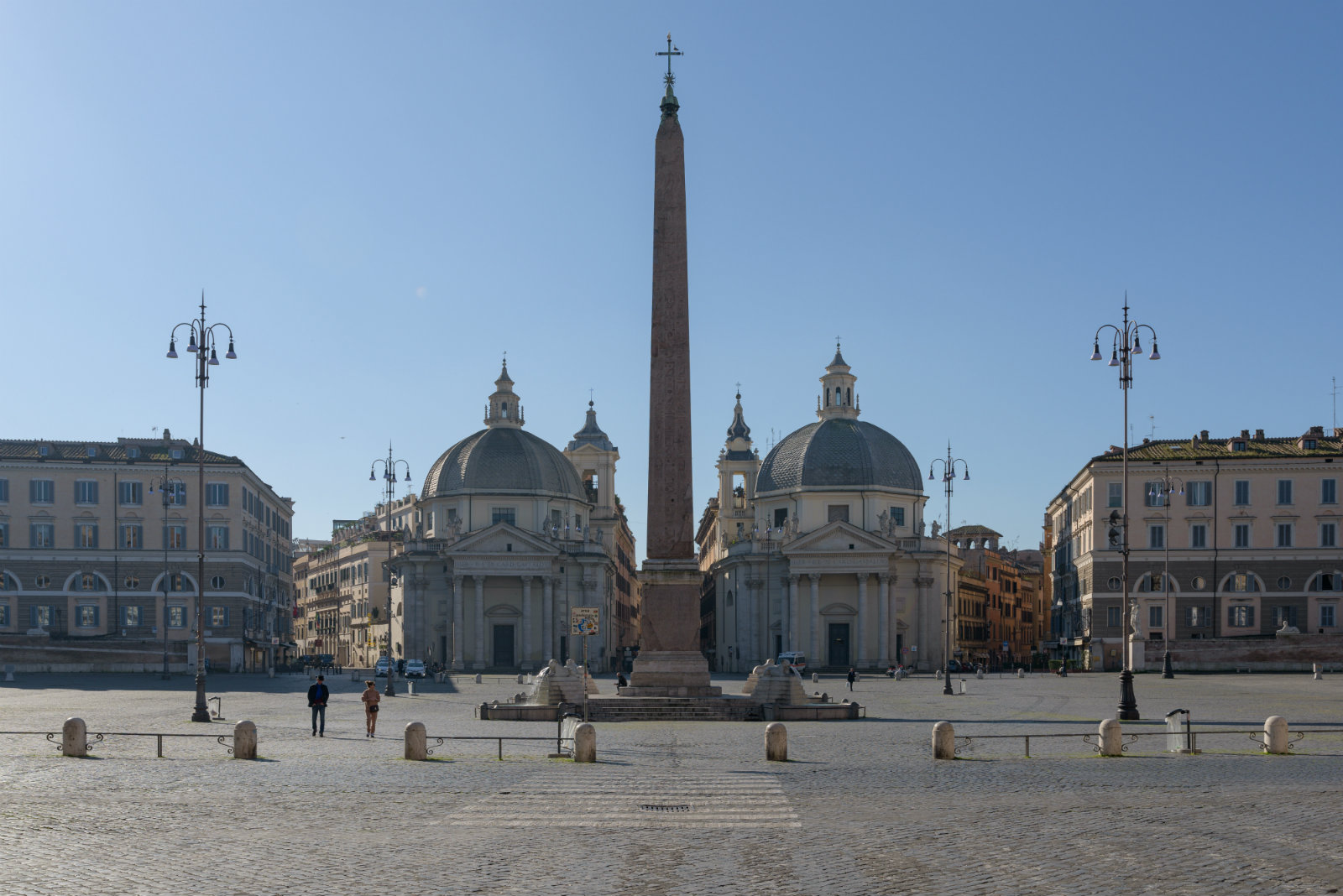 Countries have “squandered” the first chance to contain the pandemic, the head of the World Health Organization said yesterday in a statement that criticized the slow roll out of measures to stem crisis. “The time to act was actually more than a month ago or two months ago,” Director-General Tedros Adhanom Ghebreyesus said in a rare public criticism of the world’s response to the pandemic.

The situation in Spain is continuing to deteriorate: Spain’s death toll has surpassed that of China after 738 new deaths were reported yesterday, Reuters reports. Spain now has the second-highest number of deaths (more than 3.4k) after Italy, which has seen over 7.5k people die.

Debt relief needed for poorest countries, say World Bank, IMF: The World Bank and the IMF have called on creditors of vulnerable countries to suspend debt payments to help them cope with the economic fallout of the pandemic. International Development Association (IDA) countries are home to a quarter of the world’s population and two-thirds of the world’s population living in extreme poverty. Debt relief “will help with IDA countries’ immediate liquidity needs to tackle challenges posed by the coronavirus outbreak and allow time for an assessment of the crisis impact and financing needs for each country,” they said in a joint statement.

The growing case for FX controls in emerging markets: Accelerating capital flight from emerging markets is calling into question the long-held wisdom of maintaining floating exchange rates, Reuters reports. EM stocks and bonds have seen almost USD 80 bn in outflows since the beginning of February, according to Societe Generale data, making a return to currency controls more attractive to developing countries hard hit by the pandemic and the oil price collapse. “There is some early evidence of an unprecedented collapse in global capital mobility which, if sustained, will make it tempting for countries to conserve their FX resources by imposing restrictions on capital outflows,” said David Lubin, head of EM economics at Citi.

Focus on balance sheets not dividends, investors tell businesses: Companies should postpone dividend payouts and focus on supporting their balance sheets to survive the crisis, some of the world’s largest investors told the Financial Times. BNP Paribas, Legal & General and Fidelity International all said that companies need to rethink their dividend strategies as revenues plunge following widespread lockdowns.

Is anticipated economic stimulus a chance to build a greener, more sustainable, more equitable economy? Yes, say environmentalists, but not necessarily right away. While some want to put clean energy at the front and center of any economic bailout — by requiring that airlines facing bankruptcy promise to lower emissions as a condition of financial support, for instance — others say the priority right now has to be mitigating economic pain that lies ahead, Bloomberg reports.

The Finance Minister is shipping the draft FY2020-2021 budget to the House of Representatives within days, Al Mal reports. The House is constitutionally required to receive the draft budget at least 90 days before the start of the fiscal year on 1 July, which puts the deadline at the end of this month. The Planning and Budget Committee plans to begin reviewing the budget on 12 April, when parliament returns from its recess.

The Finance Ministry has paid out EGP 95 mn in compensation to those affected by the “dragon storm” that hit Egypt two weeks ago, . The storm left 21 dead and caused infrastructural damage. We looked at Egypt’s rainwater infrastructure and whether it can be better prepared for future extreme weather events in last week’s edition of Hardhat.

Covid-19 putting diplomacy on the backburner? Egypt’s talks on the Grand Ethiopian Renaissance Dam (GERD), and the situations in Libya and Syria have become less of a priority as countries turn their attention to covid-19, according to Ahram Online. Foreign Minister Sameh Shoukry, who was on an African tour to secure diplomatic backing on the GERD dispute, is “unlikely” to visit Washington as scheduled to resume talks over the dam, diplomats say.

Don’t gorge while you’re on 7azr / lockdown / quarantine, say nutritionists speaking to the Wall Street Journal. Their top tips? Try to structure your meal and snack times rather than constantly grazing. Eat for good health, with a focus on immune system-boosting protein and veggies. Enjoy some comfort food, but try to include some more nutritious options than just pasta: Beans, whole grains and spices are great additions to any meal. And get creative — you’re less likely to fall prey to panic buying, and it’s more fun.