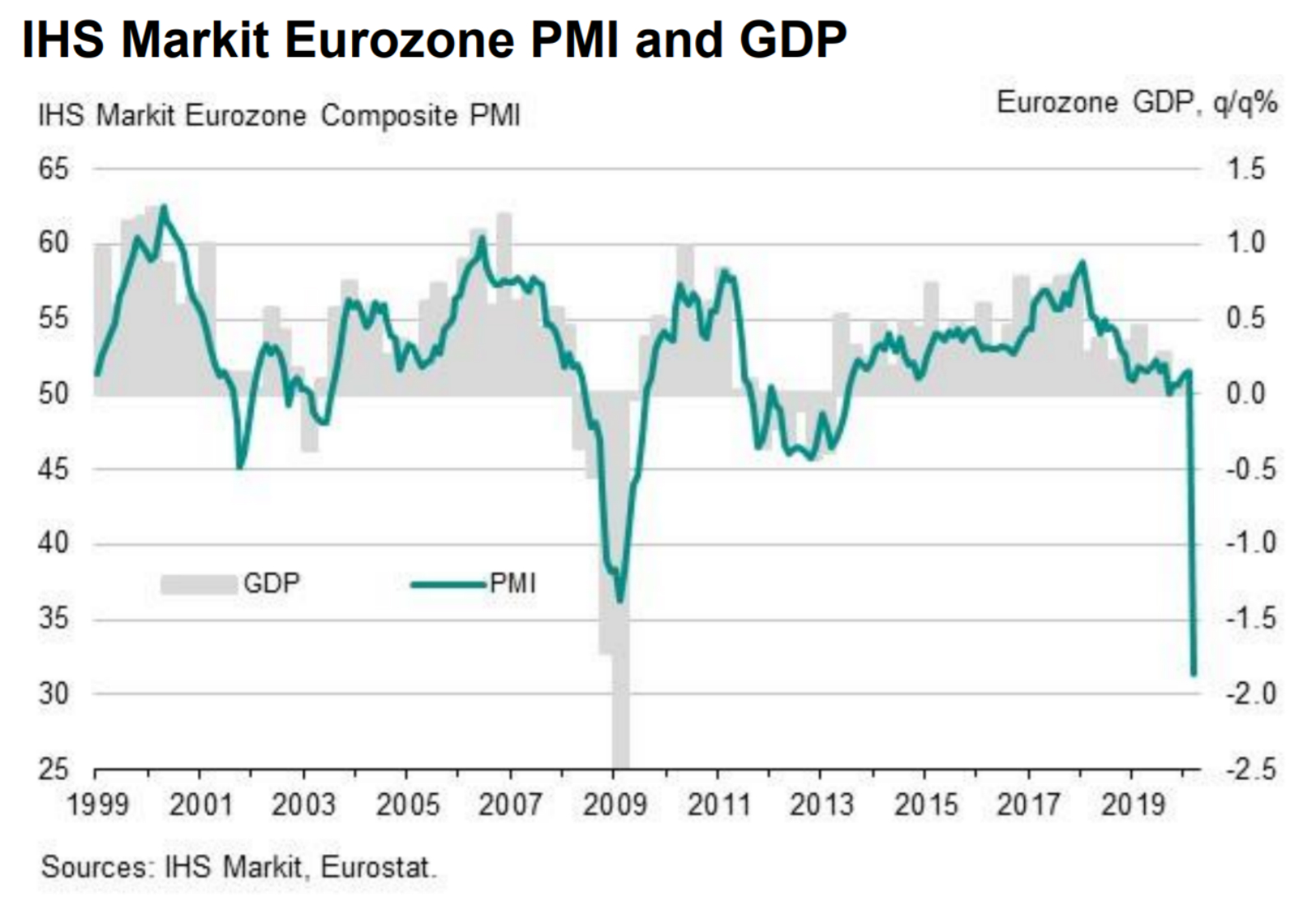 Business activity in US, Europe sucker punched as manufacturing and services suffer record blow: Business activity has hit record lows in the US and Europe, according to preliminary IHS Markit composite PMIs, an early indicator of the damage wrought by the covid-19 pandemic on developed economies. Readings for the US, Europe and the UK all plunged to the lowest levels since records began in the 1990s: the US fell from 49.6 in February to 40.5 in March, the eurozone plummeted from 51.6 to 31.4 and the UK saw a stunning 16-point drop to 37.1. A reading below 50 indicates that business activity is contracting, with a majority of surveyed businesses reporting a decline in economic conditions. “We already had a nightmare fear and we wake up and the nightmare is unfortunately real,” said Torsten Slok, chief economist at Deutsche Bank Securities. “These numbers are just telling you how incredibly severe and serious this is, for the US and for Europe.”

The services sector in the eurozone is collapsing, falling to just 24 points from 52.6 in February, far surpassing the previous record low of 39.2 set in February 2009. New business fell at the sharpest rate ever while demand for goods sunk to the lowest level since April 2009. Read the full PMI release here (pdf).

US output is falling at the fastest rate in more than a decade, driven by a collapse in new business. Respondents said they expected this level of output to continue for the next 12 months, indicating that hopes for a V-shaped recovery could prove unrealistic. All of this suggests that the US could see GDP fall by around 5% at an annualized rate, said Chris Williamson, chief business economist at IHS Markit. Read the full PMI release here (pdf).

And this isn’t the worst of it: Responses for the flash PMIs were collected during the middle of this month before many of the most stringent measures to contain the virus were taken. This means that March’s final PMI data is likely to be even worse than the preliminary results released yesterday.