With more than 100 confirmed cases, Egypt got serious yesterday about its response to covid-19 after cabinet last week banned large gatherings and urged citizens to practice social distancing. New measures include school closures and an EGP 100 bn response package ordered by Ittihadiya, details of which should be made clear in the days ahead. Regionally, central banks in Saudi Arabia and the UAE have announced stimulus packages.

All schools and universities in Egypt have been ordered closed for two weeks starting this morning after Ittihadiya yesterday announced emergency measures designed to help prevent the spread of the virus. The measures were put in place after Education Minister Tarek Shawky said seven schoolchildren were among the latest confirmed cases in Egypt. Shawky told his cabinet colleagues that the individual student cases were spread across a wide geographic area.

Independent schools and universities in Egypt had earlier decided to suspend in-person instruction. AUC brought its spring break forward by four weeks to run this week and will then begin two weeks of online instruction after the break. Cairo American College and other independent schools are moving to remote learning this week.

The current post-secondary term may be extended for 1-2 weeks to compensate for the closures, Higher Education Minister Khaled Abdel Ghaffar said.

Meanwhile, the EGX reopens today after sitting out Thursday following a last-minute holiday in the face of massive storm. What to watch for: The bourse missed Thursday’s sell-off in global markets and the rebound on Friday — and will be digesting Egypt’s response this weekend to covid-19.

What should businesses do right now? Social distancing is the order of the day if we want to flatten the curve and give healthcare professionals a chance to manage the caseload that epidemiologists say could be coming. If you have staff whose jobs can be done remotely, have them work from home now. For folks running retail outlets, malls and other businesses where face-to-face contact is a standard part of business: Give your staff a refresher on proper hygiene (soap kills the virus better than anything else), step up your cleaning efforts, and make certain anyone who shows any sign of illness knows to stay home from work. The CDC’s resources for employers on how to stay safe during the pandemic are a must-read.

*** JOIN US FOR A WEBINAR ON HOW TO WORK REMOTELY. Entreprise has been produced remotely for the past week and has always had half of its staff working from home at any given time. The staff at Inktank, our parent company, will follow suit tomorrow. This coming Thursday, 19 March at 2pm CLT, we’ll be hosting a call for Enterprise readers to discuss the strategies and technologies you can use to go remote. We have lines for up to 100 readers to either dial in or log in from their computer (the latter will allow you to see our screen). Use this link to sign up.

Pro tip from our staff virologist: Soap and hot water kill and wash away the virus better than alcohol-based hand sanitizer. Soap literally dissolves the virus’ lipid membrane, making it unable to infect your cells — and the hot water washes it away.

The total number of confirmed cases in Egypt now stands at 110, according to a statement last night from the Health Ministry, up from 45 a week ago.

Egypt reported its second death from covid-19 over the weekend. A 60-year-old woman from Daqahliyah died on Thursday, a day after being admitted to the hospital and testing positive for covid-19, raising Egypt’s death toll from the virus to two. She suffered from acute pneumonia from the virus, according to a Cabinet statement. The first death was that of a German national who passed away on 8 March.

Just about every event you can think of has been cancelled, in Egypt and around the world. Here at home, AmCham postponed last week its monthly luncheon, conferences are being cancelled, and furniture expo Le Marché La Casa’s summer round has been postponed, according to a statement. New dates for the expo will be announced at a later time.

Meanwhile, football matches have been suspended for 15 days starting tomorrow, according to a statement from the Egyptian Football Association, and most sporting clubs have suspended team activities for an indefinite period.

All non-immigrant visa appointments at the US embassy scheduled for 15 March through 9 April have been postponed.

The tourism industry is bracing for the hit, the most recent sign of which is Ukraine saying it has suspended international flights starting 17 March. The country is a major inbound market, particularly for Sinai and Red Sea destinations.

Sign of the times: The cost of insuring Egyptian sovereign debt has almost doubled over the past month: The price of credit default swaps — financial instruments that provide cover against default — on Egyptian government bonds has increased by almost 95% over the past month and 64% in the past week alone, the local press reported yesterday. CDS prices reflect market confidence in the bond issuer’s ability to meet its repayments: lower prices indicate low-risk debt while higher prices imply an increased likelihood of default.

Globally, it’s something of a [redacted] show this morning:

Saudi Arabia has suspended all flights into and out of the kingdom for a two-week period starting this morning.

Kuwait is effectively on lockdown, having shut down government offices, many bank branches and declared an official holiday until 26 March in a bid to limit the spread of the virus. The government has shuttered gyms and private health clubs and imposed a ban on gatherings in cafes and restaurants, while commercial flights have been suspended across the board with the exception of inbound flights for Kuwaiti citizens and their first-degree relatives, according to Bloomberg.

In Europe, Spain and France have followed Italy into nationwide lockdown. Spain has announced a 15-day nationwide lockdown starting tomorrow after 1.5k new cases were reported in just 24 hours at the weekend. People will only be allowed outside to buy food, work or for emergencies, according to the decree being finalized by the government. In France, all non-essential stores are being forced to close, leaving only food shops, pharmacies and petrol stations open to the public.

Europe now the epicenter of the pandemic, the World Health Organization says. “More cases are now being reported [in Europe] every day than were reported in China at the height of its epidemic,” said WHO Director-General Tedros Adhanom Ghebreyesus, according to CNBC.

The US has officially declared a national emergency, releasing USD 50 bn in funds to support efforts to fight the outbreak, says the Associated Press.

The UK’s science czar has a novel approach: Sit back and let everyone get infected. The UK should let around 60% of its population catch the virus for society to develop “herd immunity” from future outbreaks, the government’s top science advisor Sir Patrick Vallance told Sky News. In response, more than 200 scientists warned (pdf) that the government’s strategy could lead to mns of people being affected in the coming weeks and urged it to take stronger action at containing the outbreak.

Covid-19 is now in at least 19 African countries: Kenya, Ethiopia, Sudan and Guinea all confirmed their first cases of the virus on Friday, Reuters reports.

Work is grinding to a halt the world over: Apple is closing all of its retail stores outside Greater China until 27 March and its employees have begun working remotely and Patagonia is shutting down all of its stores and its website. Companies from Italy to Silicon Valley are moving to remote work.

Reason #932 we love the EBRD: The European Bank for Reconstruction and Development (EBRD) has unveiled an emergency EUR 1 bn “solidarity package” to help mitigate the impact of covid-19 for companies in the regions in which it operates, according to a statement (pdf). The package includes emergency liquidity, working capital, and trade finance facilities for existing EBRD clients, said EBRD President Sir Suma Chakrabarti.

Stimulus is coming: Egypt as well as the central banks of Saudi Arabia and the UAE have announced packages worth a combined USD 47 bn to ease the blow to their respective economies as amid the spread of covid-19, Bloomberg reports. Egypt will allocate EGP 100 bn (USD 6.4 bn) to combat covid-19, with details expected this week. The UAE regulator will support banks and businesses with a USD 27.2 bn plan, while Saudi Arabia is preparing a USD 13.3 bn package, mainly tailored for SMEs, offering them six-month deferrals on bank payments. 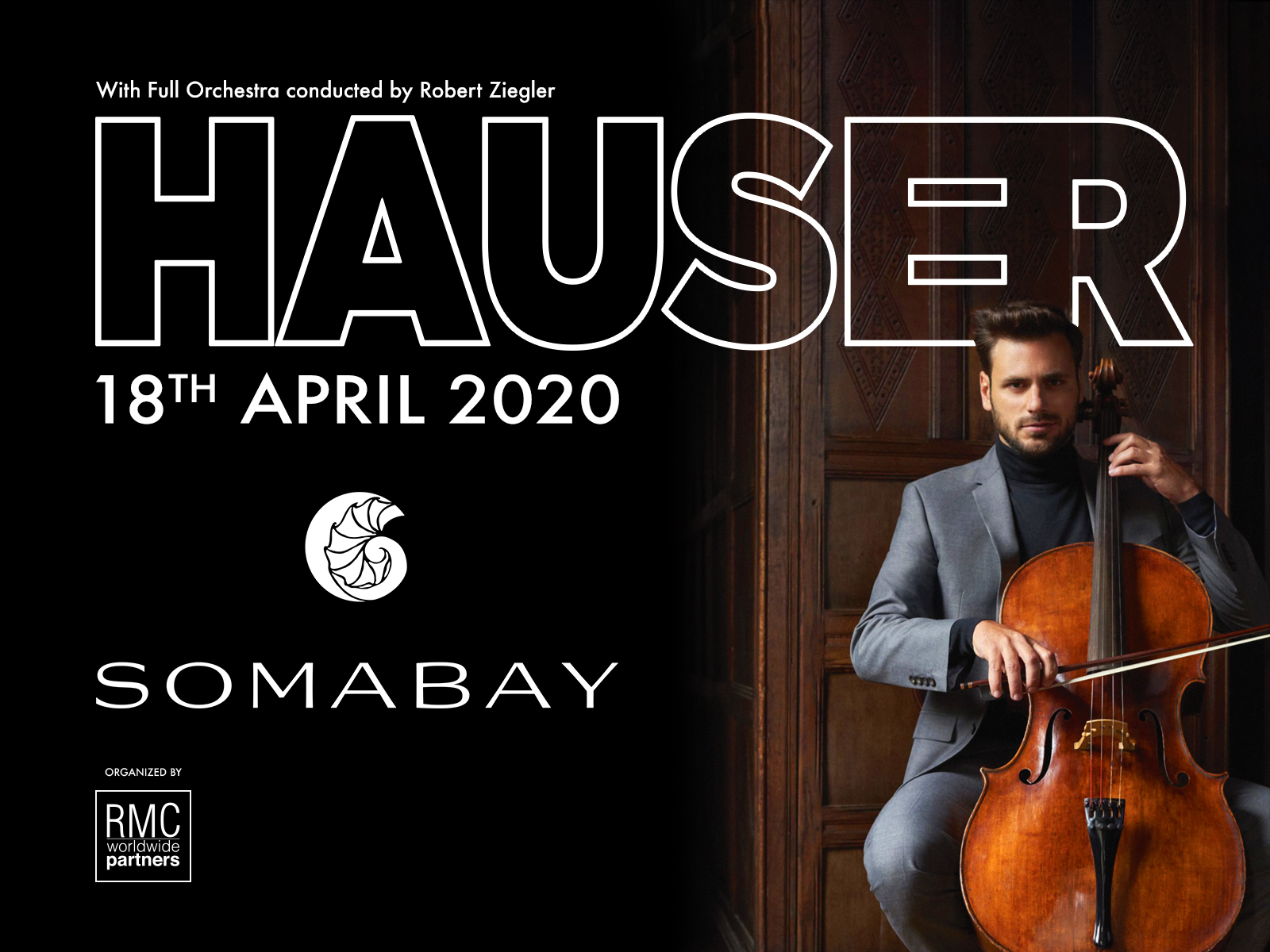 In non-covid-19 news worth knowing about:

S&P has downgraded Lebanon’s foreign currency ratings to Selective Default (SD) down from extremely high risk (CC/C) after Beirut decided to not meet its USD 1.2 bn eurobond payment last week, according to a press release. The ratings agency also affirmed its local currency long- and short-term ratings at CC/C and maintained its outlook on the long-term rating at negative. Lebanon is set to hold talks with its creditors to restructure the rest of its USD 31 bn debt.