What has been driving the EGP appreciation — and who stands to gain or lose from its rally? 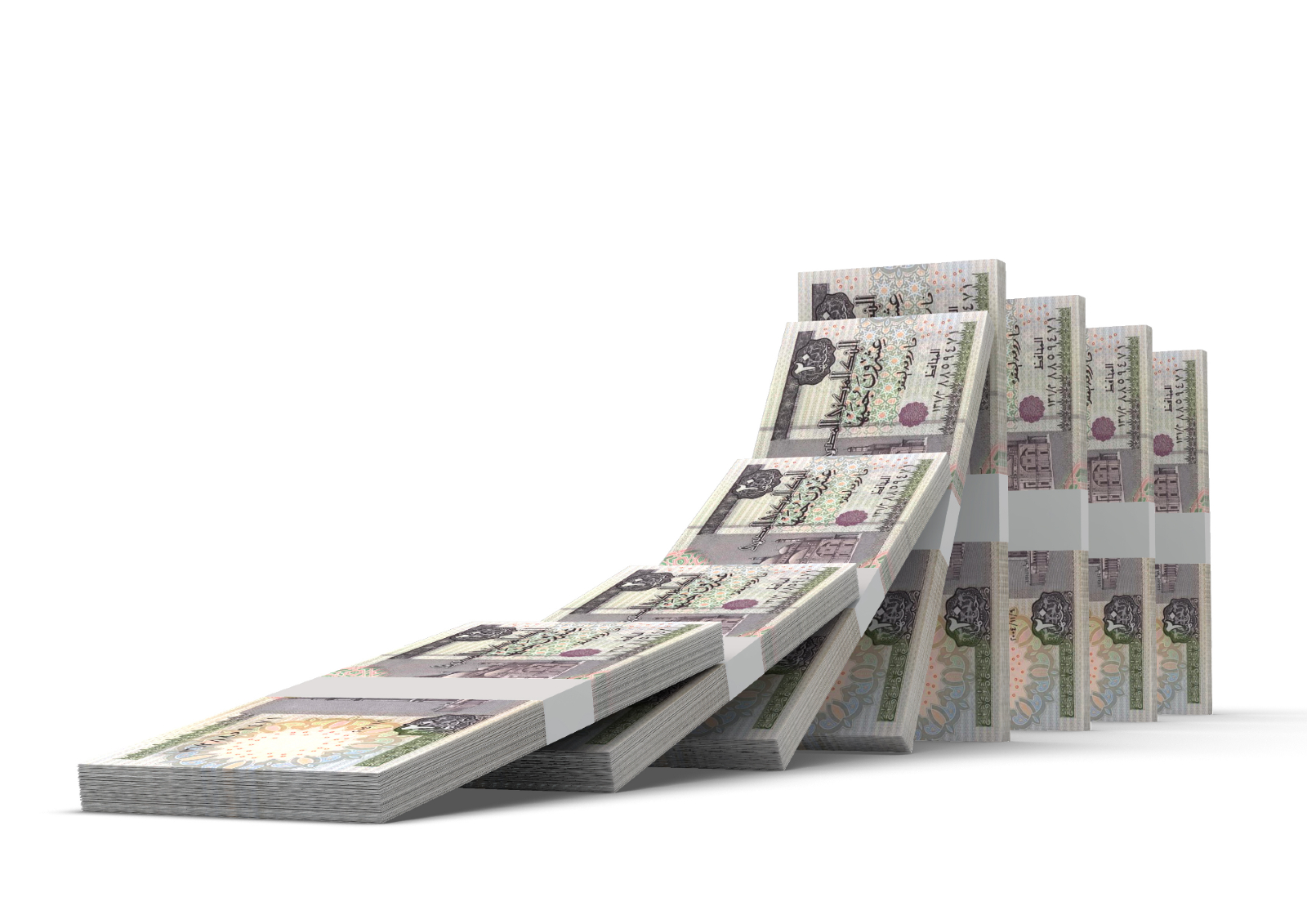 EXCLUSIVE- What has been driving the EGP appreciation — and who stands to gain or lose from its rally? The EGP has been on tear for more than a year now, gaining almost 13% against the greenback since the beginning of 2019, when it stood at EGP 17.85 / USD 1. In 2020 alone, the currency has strengthened 44 piasters to hit EGP 15.56, and it was changing hands for 15.67 yesterday.

This story has two parts: If you’ve not been following the EGP, start at the top with “What’s going on” for a rundown of what is propelling the EGP’s appreciation. If you think you’ve got that down cold, skip straight to “What it means for business,” below, where we talk winners and losers — and look at how it is that there isn’t really a consensus from analysts on where the EGP is heading against the greenback by year’s end.

Analysts we spoke with all told one version or another of the now-standard narrative on what’s driving the appreciation:

It’s all about the hot money, or foreign inflows into government debt, which is mainly sourced from carry traders borrowing at low interest rates and then lending to the Egyptian government at higher rates, say EFG Hermes’ macro unit head Mohamed Abu Basha and veteran economist Hany Tawfik. Inflows nearly doubled to USD 24 bn since 2018, and this happened in a time of decreased local demand for the USD and fewer Egyptians holding on to the USD as a safe haven asset. The CBE had ended the the FX mechanism in late 2018, which meant the central bank no longer had to guarantee new portfolio investments and could let the interbank market handle repatriation. Analysts said at the time the move would be good for the FX market and the EGP, since the mechanism was keeping the EGP from reaching its full potential.

Investors pile into long-term debt, signaling confidence in the economy: Investors are increasingly looking at longer-term debt instruments as the CBE pushes forward with its monetary easing cycle, meaning they are willing to invest in the long haul, said Fakhry El Fiky, former IMF advisor and CBE board member. These investors still see the carry trade as being attractive, and are being guided by positive outlooks from credit ratings agencies and international institutions. News that the government is in talks with the IMF for a post-loan agreement is also inspiring investor confidence in the economy’s trajectory moving forward, according to El Fiky.

Because even with rate cuts (apparently) on a declining path, they’re still really attractive in a world of low-to-negative interest rates. See, for example, Bloomberg’s headline story a week ago: World’s best carry trade thrives with Egypt’s rates on pause — and buying may have intensified as investors look to lock in yield amid expectations of rate cuts to come.

Is the CBE offering a helping hand? Nope. Speculation was rife last summer that the strengthening EGP could be a direct result of CBE intervention. The consensus today is that the central bank doesn’t have its finger on the scale. According to El Fiky: “The FX market has been moving according to supply and demand since the EGP float in November 2016. The lack of FX availability at the time prompted the currency to dip to EGP 20 to the USD instead of stabilizing closer to its fair value of EGP 13-14 [to the greenback].”

And what about state-owned banks? The country’s two biggest state-owned banks — the National Bank of Egypt, which holds 28% of deposits in the banking sector, and Banque Misr, which holds 15% — have significant USD liquidity thanks to foreign investments in treasury bills, investment banking sources tell Enterprise. This excess FX liquidity is then injected into the interbank market. It’s impossible for banks to stockpile FX because the central bank monitors banks’ FX levels, El Fiky said.

So far in 2020, inflows have reached USD 12 bn from the sources above, a CBE official told state news agency MENA on Sunday. This speaks of how attractive the market is for investment funds and international financial institutions despite regional tensions, the official said.

EMPI reading shows decreased pressure on FX market: The continued EGP strengthening has resulted in a lower reading for Pharos Holding’s Exchange Market Pressure Index (EMPI), which measures foreign currency market pressure resulting from the economy’s fundamentals and speculative attacks. The gauge is also now moving in line with the currency, unlike what was seen following the float, when EMPI showed high market pressure despite a stable currency, Pharos’ head of research Radwa El Swaify said.

WHAT IT MEANS FOR BUSINESS

So, how is this all affecting business? Exporters across the board are standing on the losing side of the EGP rally, El Swaify says, particularly as exports have struggled to pick up over the past few years because of problems that have little to do with the FX rate. El Swaify notes that most EGX-listed companies with exports in their revenue base haven’t been able to grow the percentage of exports in their revenue base. Exporting companies that rely on importing raw materials will not be as hard-hit, though, since the EGP rally means they are buying inputs at a lower cost, which somewhat levels out the playing field, El Fiky added.

One of the issues facing industry is high input costs, which El Fiky suggests could be alleviated to a certain degree if the government cuts natural gas prices for heavy consumption factories to help make them more competitive abroad.

Which industries in specific are most vulnerable? Sitting at the top of the list of industries that have the most to lose from the EGP rally are the petrochemicals, fertilizers, and steel industries, El Swaify notes. Sigma Capital’s head of research Abu Bakr Emam is of the same mind, pointing specifically to fertilizers and chemical products. They have business models tilted heavily toward exports, and their products just lost their cost competitiveness. Soft oil and commodity prices aren’t helping, either.

Agricultural exports could also be in trouble if the EGP continues to appreciate and breaks the EGP 14 / USD 1 barrier, according to the head of the exporters division at the Federation of Egyptian Chambers of Commerce, Sherif El Gabaly. Division member Hossam Elwan is of the same mind, but sees the tipping point at EGP 15 / USD 1 — a barrier he believes will be broken before the year is out. In the meantime, undermined competitiveness is being offset by cheaper inputs of packaging material, Elwan says. El Gabaly sees the currency’s upwards trajectory as a chance for Egyptian exporters to tap into new markets such as China and African countries, which could compensate for the drop in competitiveness in more crowded markets.

Tourism probably won’t take much of a hit, because Egypt remains a relatively cheap destination for tourists, El Swaify says.

What’s the outlook for the EGP? As it currently stands, it’s fairly unlikely that the EGP will keep up its rally at the same pace, since foreign investments in government debt will probably not continue increasing forever, CI Capital Head of Macro and Financials Sara Saada says. Egypt may look better than other emerging markets, but there’s a point at which rates go so low here that the carry trade starts to look elsewhere.

Hot money can always flee: The currency’s strengthening has not been driven by sustainable sources and factors — save for rising tourism inflows and stable remittances — which means the EGP is susceptible to sharp volatility if we see a sudden drop in hot money, Tawfik warns. That means the country has to see a healthy uptick in FX inflows from more sustainable sources, such as FDI, to prolong the EGP rally, Saada says.

Analysts and businesses alike are all over the map with where the EGP is headed by the end of 2020. With ongoing trade wars, a slowing global economy, the covid-19 outbreak, Brexit, and a drop in oil and commodity prices around the world, there are too many factors subject to rapid change to be able to accurately predict where our currency will end up, Tawfik says.

And the wildcard nobody is talking about when looking at the EGP’s future path: Interest rates. Just not in the way you think. The business community has held back from borrowing since the CBE jacked interest rates after the float — delaying in many cases everything but critical maintenance and borrowing only to finance cashflows, not for capex. Now, consider this: Businesses take on debt at variable interest rates, not the fixed rates at which individuals borrow. As long as they believe rates are on a declining path in 2020, pent-up demand from corporates should see strong growth in corporate borrowing this year.

And what do you think these folks are going to be buying with that fresh debt on board? All sorts of imported things — particularly capital goods and other imports, putting pressure on importers to re-stock and, as a result, pushing up the demand for the USD.