Demographic pressures on MENA’s youth are only set to increase 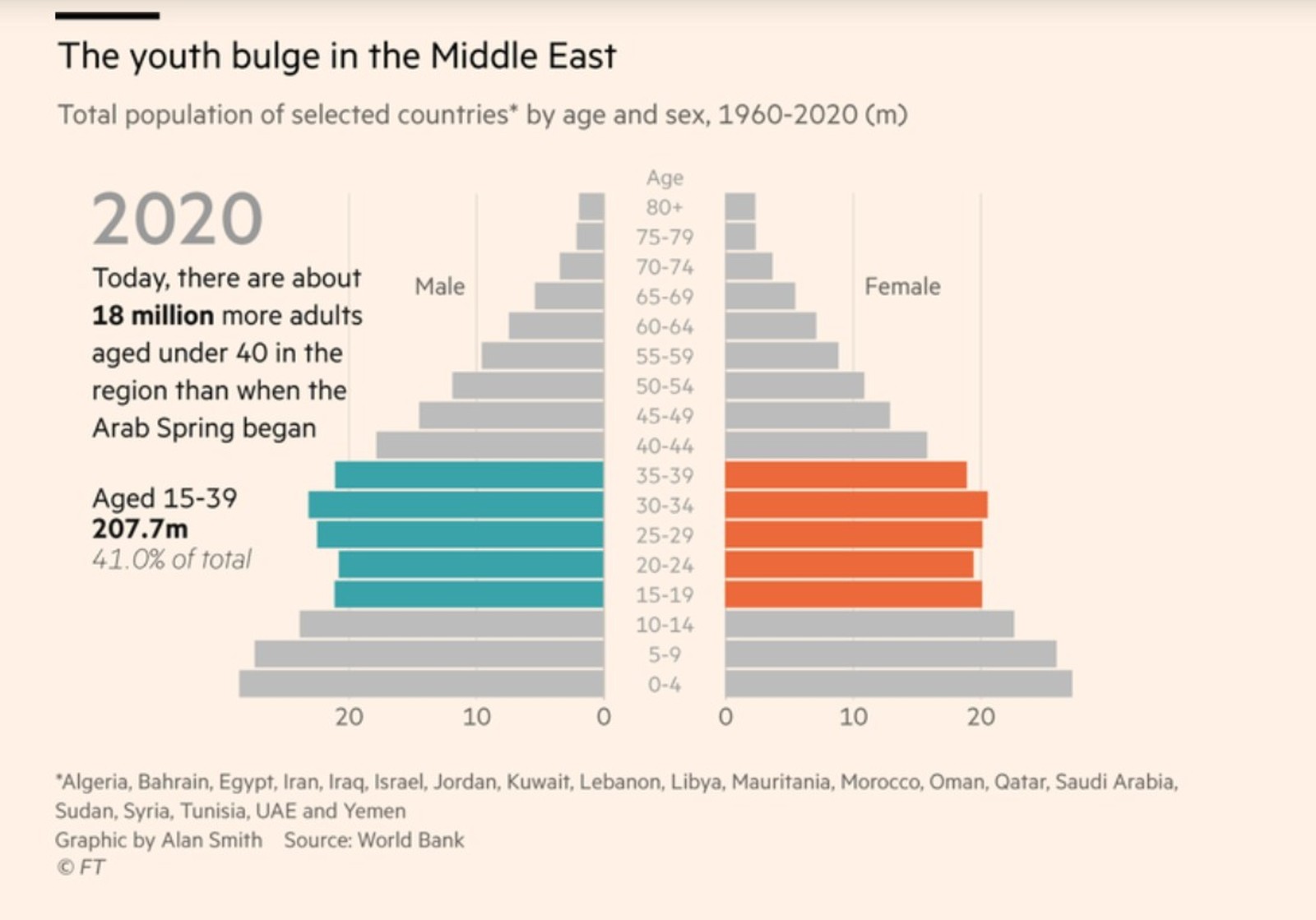 Substantial demographic pressures on MENA’s “increasingly educated” youth are only set to increase, as governments continue to grapple with joblessness rates and corruption, the Financial Times reports. Currently, some 207.7 mn people are aged between 15 and 39 — roughly 41% of the region’s total population. Levels of youth unemployment continue to soar, with a university education providing no certainty of a job, and the World Bank estimating that some 300 mn new jobs will need to be created by 2050 if current patterns persist. The social strain is compounded by endemic corruption, and living costs that far outweigh what many young people are able to earn through any work they can find.

The issues that are of paramount concern to young people have persisted over the past decade. There are about 18 mn more adults aged under 40 than when the so-called Arab Spring began, and the piece argues that echoes of 2011 can be felt in recent protests seen across the region. Fueling these demonstrations are overarching concerns and challenges facing MENA’s well-educated jobseekers, of which we see a snapshot through conversations with ambitious youth from Egypt, Algeria, Iraq, Iran and Saudi Arabia. Their preoccupations span the lack of appealing employment prospects, living costs, hope for their countries’ futures, economic growth, changing social structures, and the challenges of buying a home and starting a family.