EGP overvaluation to surpass 20% in the coming two years -RenCap 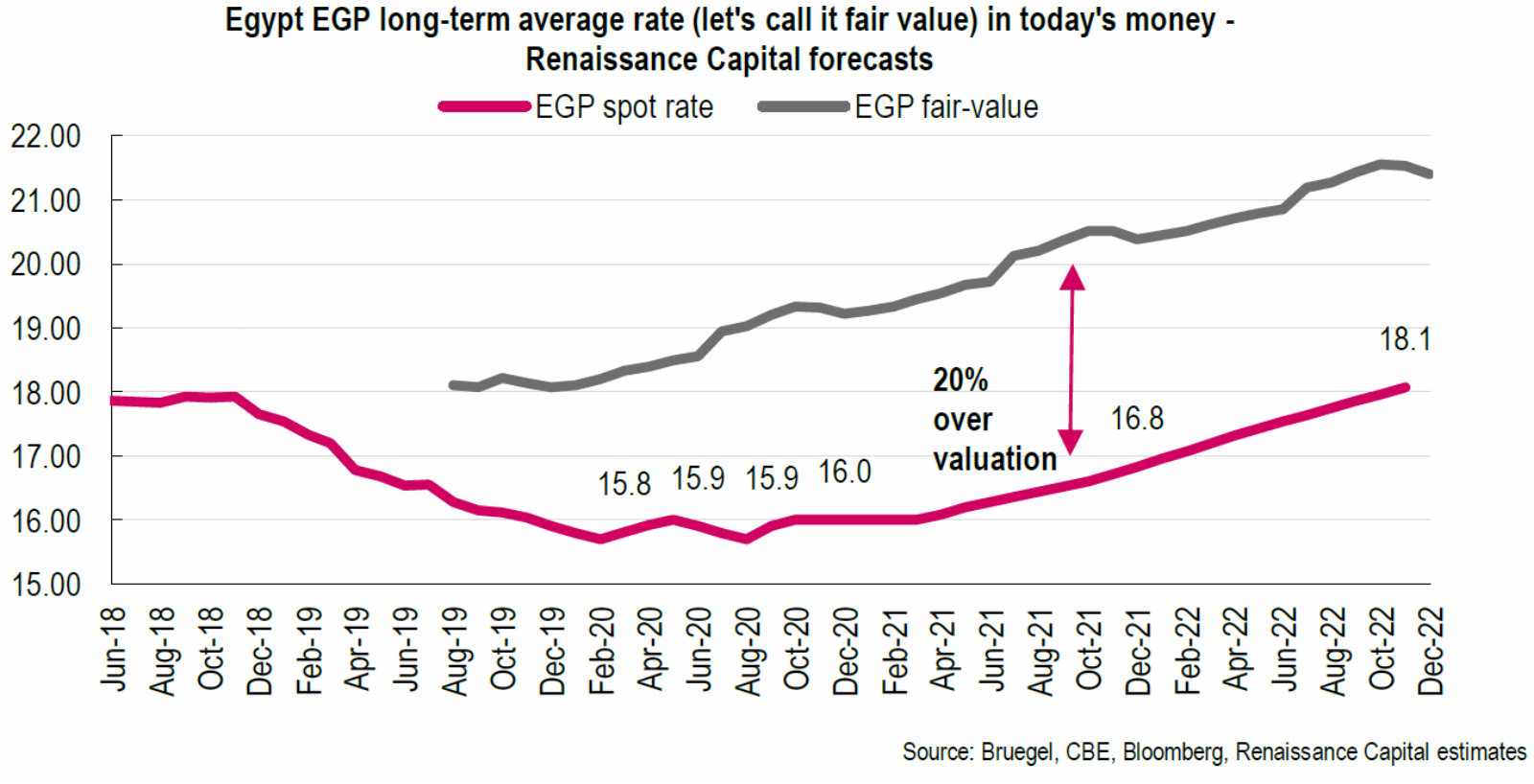 EGP overvaluation to surpass 20% in the coming two years -RenCap: Renaissance Capital has become “more bullish” on the trajectory of the EGP over the coming two years, forecasting the currency to remain stable this year before falling to EGP 16.2 against the greenback during 2021. In a report issued following its annual MENA Investors Conference at the end of January, the Russian investment bank says the EGP will become increasingly overvalued on a narrower-than-expected current account deficit and increasing inflows.

The EGP became the sixth most expensive EM currency last year, according to RenCap’s real effective exchange rate model. This trend is set to continue, with the investment bank forecasting the currency’s overvaluation to rise from 14% currently to more than 20% next year.

Overvaluation will be driven in part by larger-than-expected portfolio inflows into government bonds, which remain attractive after last year’s interest rate cuts by the US Federal Reserve. RenCap is now predicting Egypt will see USD 1 bn in inflows during 2020-2021, rather than USD 2 bn in outflows. The investment bank forecasts a smaller current account deficit than previously thought, ending FY2020-2021 at USD 14 bn instead of USD 16 bn.

Key risks to the currency include a return to double-digit inflation, large cuts to interest rates by the Central Bank of Egypt (CBE), and a turn towards a hawkish monetary policy at the US Federal Reserve. A notable increase in inflation or lower risk appetite among foreign investors could potentially trigger a “vicious cycle” of weakening whereby bondholders sell off their EGP treasuries, leading to a large sell-off.

The EGP’s trajectory post-2021 will depend on the country’s ability to industrialize: RenCap suggests that the dominance of the oil and gas sector in attracting FDI is continuing to hold back manufacturing growth. Lower interest rates — which the bank sees falling to 10.5% by June this year and 10% by June 2021 — combined with single-digit inflation and the government’s reform efforts should encourage more FDI into domestic industry, RenCap says.

North Africa will be the setting for the “second wave” of African industrialization: Egypt, Morocco, Algeria and Tunisia will each grow at annual 4.5-5.5% clip until the middle of the decade and 4-5% during the following 10 years. Strong literacy levels and an abundant supply of electricity will enable the four countries to intensify industrial growth, and foreign direct investment may soon begin to enter Egypt’s manufacturing sector, given the country’s cheap labor market relative to the EU.