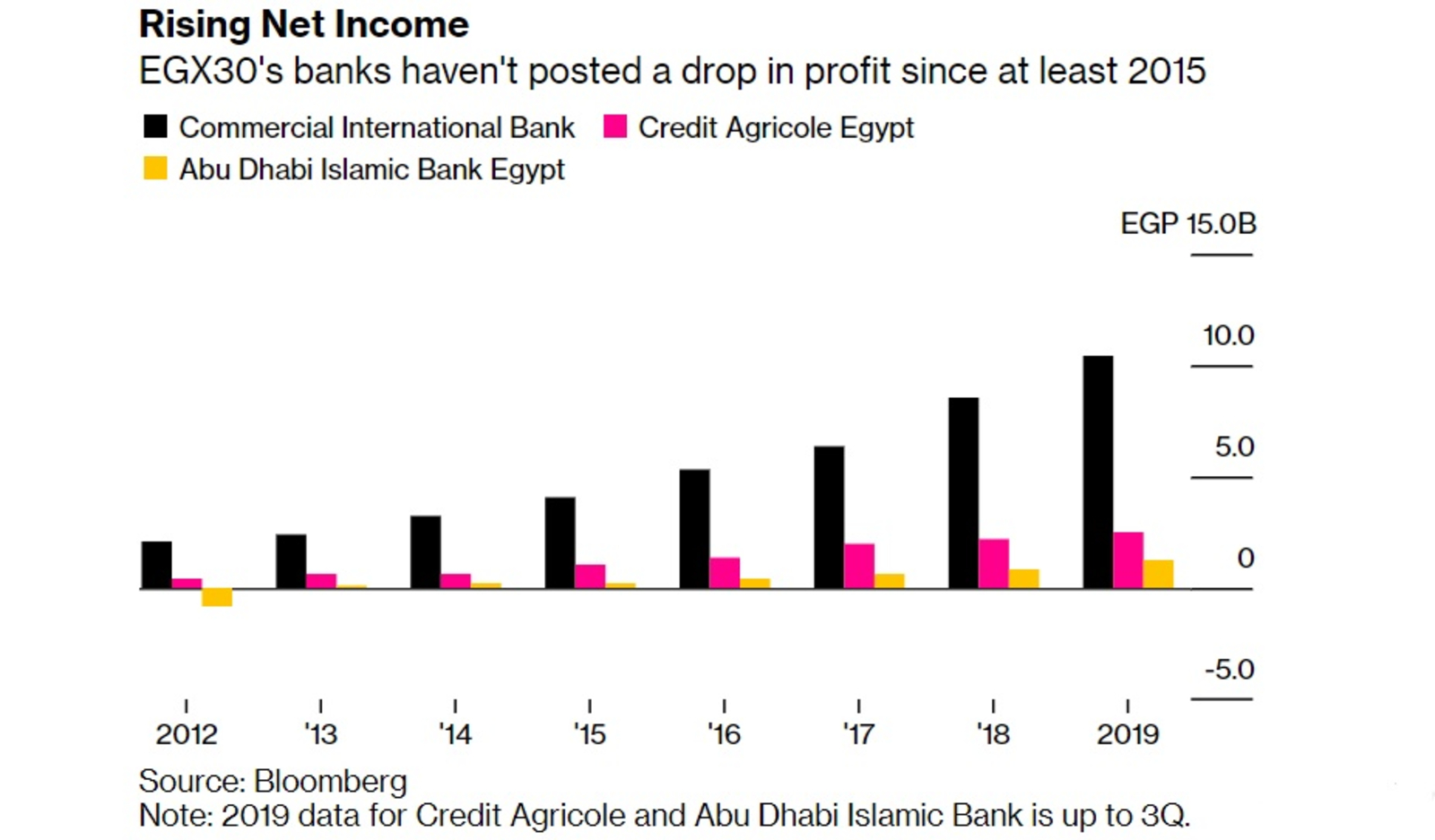 M&A WATCH- With profits hitting record highs, Egypt’s banks are ripe M&A targets — but nobody really wants to sell, Bloomberg says. “It’s more of a question of who’s willing to sell than who’s willing to buy. They’re rarely up for sale,” Naeem Brokerage head of research Allen Sandeep tells the business information service. The country’s banks capitalized on the high interest rate environment that followed the 2016 EGP float by piling into high-yield treasury bonds and bills, resulting in “excessively strong balance sheets” that have made the banks highly attractive acquisition targets.

Acquisitions are currently the only way into Egypt’s banking sector, as the Central Bank of Egypt has for years refused to issue new banking licenses and has instead pointed potential market entrants to acquisition targets among the country’s 38 licensed banks. The preference for acquisitions goes back to the early-2000s, when the CBE successfully drove the cleanup and consolidation of the banking industry after the non-performing loans crisis of the late 1990s.

Case in point: Lebanon’s Blom Bank has denied that it is looking to sell its Egypt unit, with bank sources telling Al Arabiya that it has no intention to sell or enter negotiations with prospective buyers. Local press reports had alleged that an unnamed major Saudi bank had made an offer to acquire Blom Egypt, the newspaper says. The report comes less than a week since First Abu Dhabi Bank confirmed that it is negotiating to acquire the Egypt arm of Bank Audi, raising speculation that other Lebanese banks might pull out from foreign markets to provide liquidity to cope with the country’s ongoing financial crisis. Blom reportedly has sufficient capital and does not need to follow Bank Audi in exiting their overseas units, the sources say.