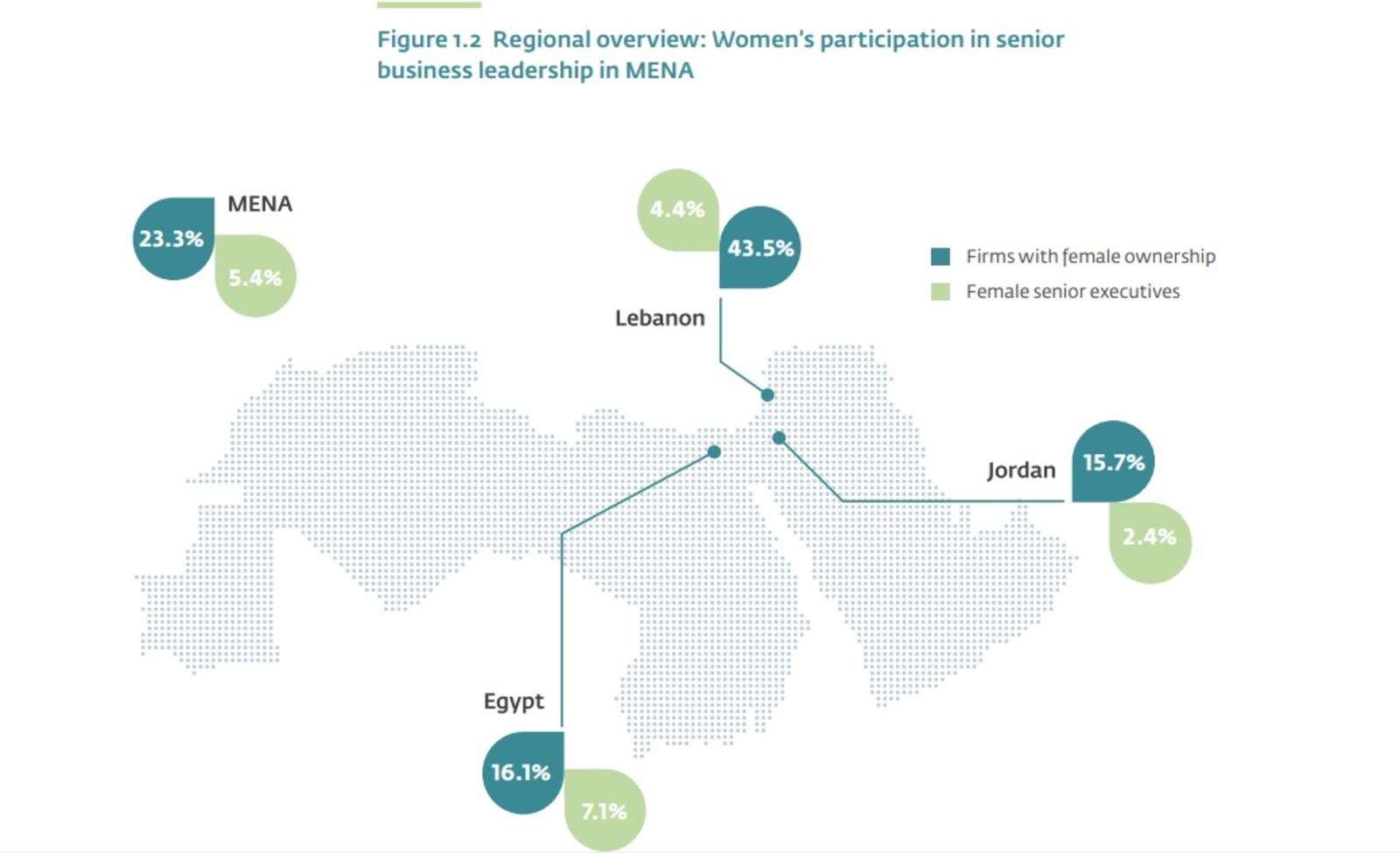 Egyptian businesses are lagging behind the rest of the world when it comes to gender diversity in the boardroom, according to research by the International Finance Corporation (IFC). Across 2,139 companies surveyed in the study, 25% only have one woman on their boards, a mere 3% have four or more, and more than half have no female representation at all. The issue begins largely with the cultural context, which encourages women to prioritize their role as homemakers and puts men in leadership roles from a young age. “Such gender stratification feeds on itself, contributing to a lack of self-confidence among women and a hesitation to pursue career tracks leading to executive-level responsibilities,” the IFC says.

What women bring to the table: Both quantitative and qualitative studies of private and public Egyptian companies suggest that bringing women into the boardroom can have a positive effect on a company’s financial performance. Gender-diverse boardrooms tend to be better at managing risk and strategic thinking, with women generally being better than men at problem solving, identifying profitabile openings, and economic and strategic thinking.

What’s the solution? Egypt needs to create and enforce corporate governance practices that are specifically designed to remove barriers for women to enter the workforce and climb the professional ladder, the IFC says. The study’s respondents unanimously agreed that voluntary diversity targets would work better than an enforced quota, and recommended that companies are encouraged to publicly share diversity-related information. This would raise awareness among businesses and provide incentives to improve workforce composition.