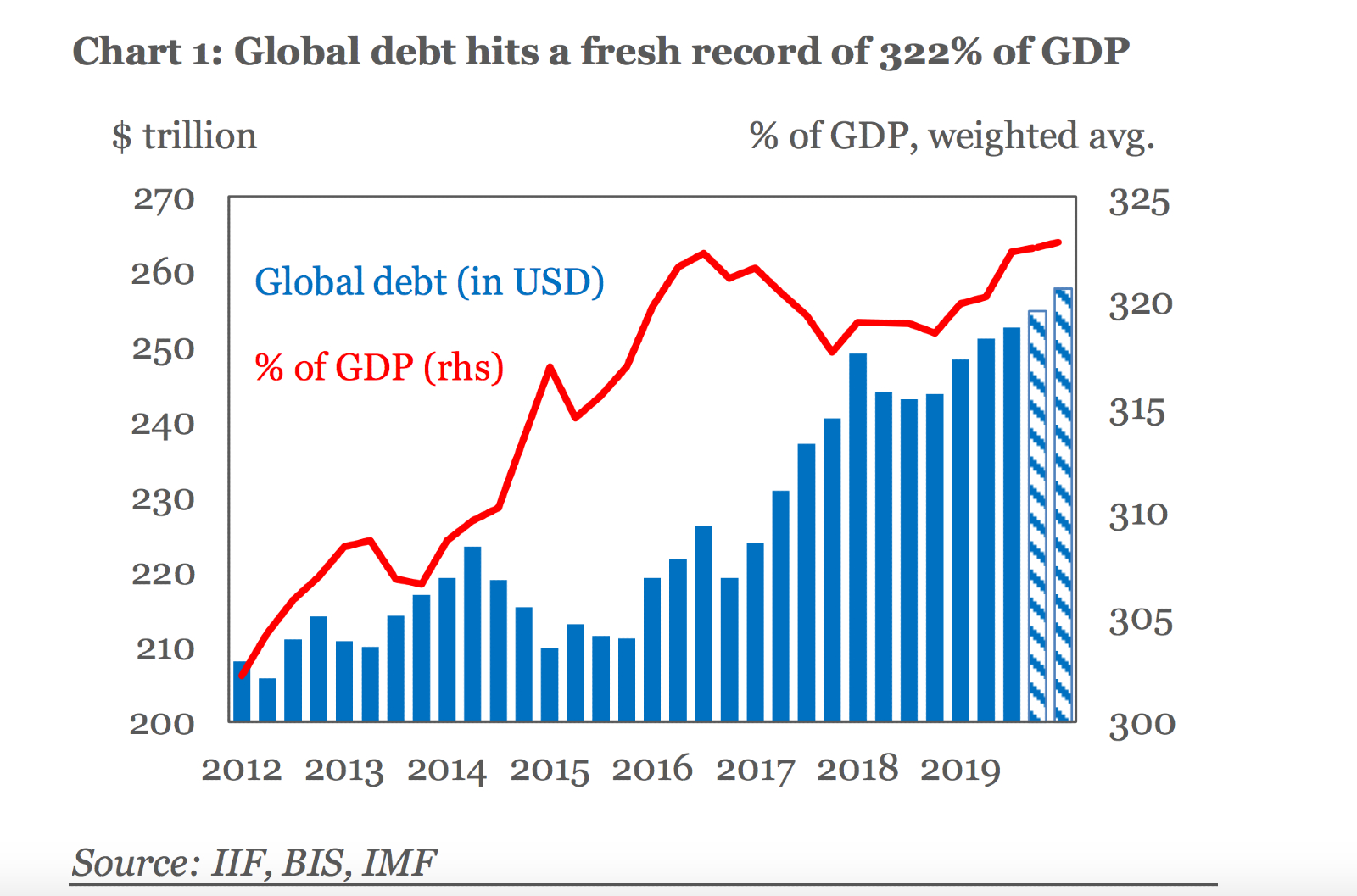 Foreign debt pushes EM debt to record USD 72.5 tn in 3Q2019: Total emerging market debt — including that of EM governments, households, non-financial corporates, and the financial sector — has hit a new record high of USD 72.5 tn in 3Q2019, according to the Institute of International Finance’s (IIF) Global Debt Monitor. The increase has been driven largely by debt in the non-financial corporate bond market and a sharp increase in FX debt. Over the past decade, FX debt has nearly doubled to USD 8.3 tn from USD 4.3 tn — 85% of which is USD-denominated, the report says.

It was much the same story the world over, with global debt also reaching a new record of nearly USD 253 tn in 3Q2019, according to the report. These rising figures come despite last year’s economic slowdown, which saw the global economy growing at the slowest pace in a decade.

And 2020 doesn’t look like it will be reversing the trend: The IIF says total global debt will break USD 257 tn during the first quarter of the year, “spurred by low interest rates and loose financial conditions.” The non-financial sector is expected to continue to account for the largest chunk of the rising debt levels. This also comes as some USD 19 tn of syndicated loans and bonds are set to mature in 2020, with EMs accounting for around a third of that figure.

The IIF voices concerns that the global debt landscape will make it difficult for countries to meet their sustainable development goals (SDGs), particularly since many of the countries that have a long way to go in achieving their SDGs are also already grappling with their debt burdens. These countries, including Lebanon and Malaysia, will have limited room to borrow even further to finance projects for the SDG agenda.

On a brighter note, Egypt, Turkey, and Argentina’s debt-to-GDP ratio fell y-o-y during the quarter. Egyptian government debt as a portion of GDP accounted for the largest portion of the decline, followed by non-financial corporates. However, the household debt-to-GDP ratio rose in 3Q2019 to 7.3% from 7.0% during the same quarter in 2018.