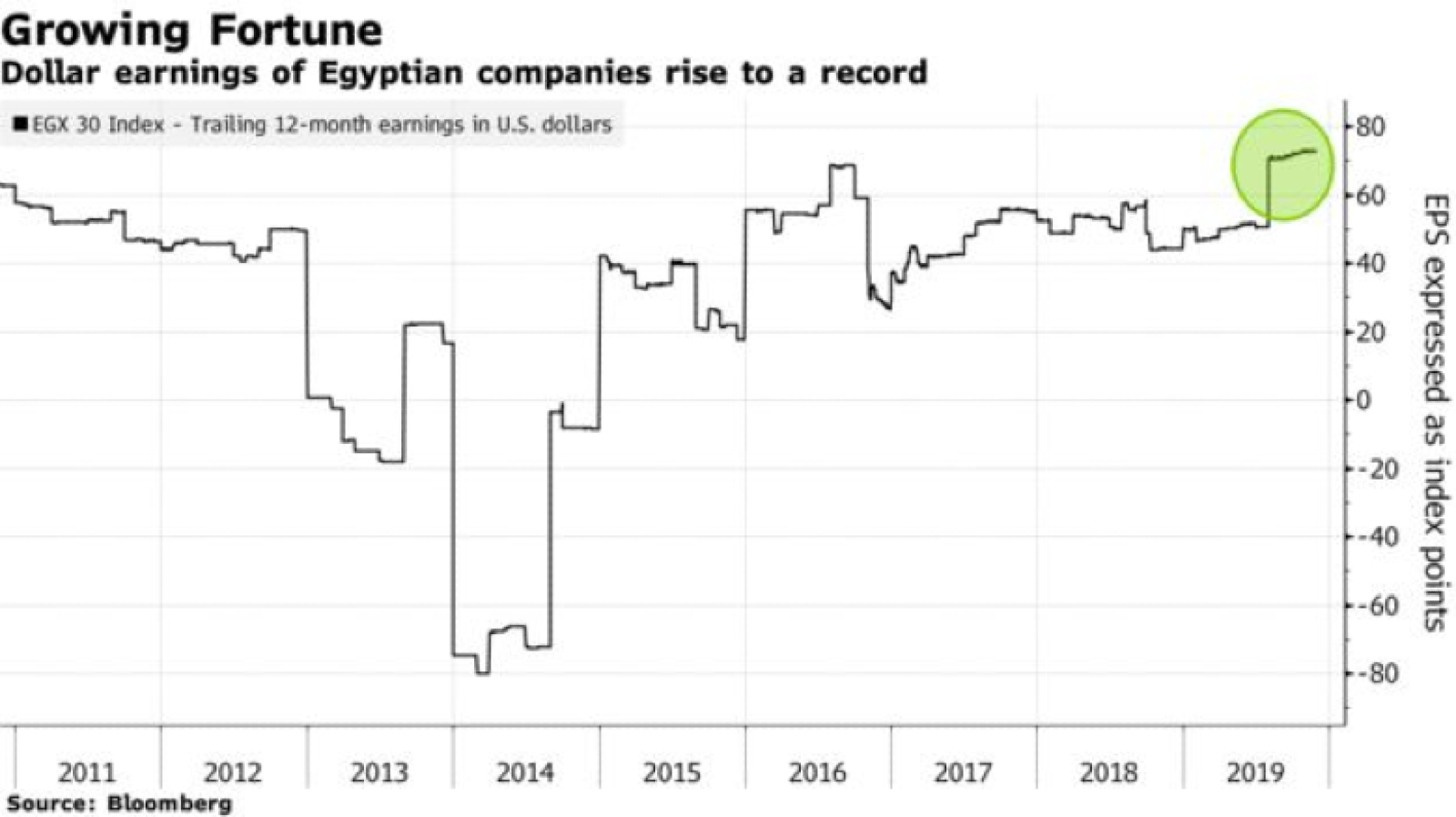 Corporate earnings have bounced back to pre-float levels in USD terms three years after the Central Bank of Egypt pulled the trigger on floating the EGP, Bloomberg says. Corporations are now “reaping the benefits” of the float after earnings initially took on the chin as inflation soared to highs of 33%. Now, with inflation decelerating rapidly, FX reserves at an all-time high, and the economy growing at more than 5.6% this year, earnings are catching up. This change “reflect[s] the adjustment the economy has gone through and investors’ improved perception” of the country, says Andrew Schultz, head of Africa strategy and sales at Investec Bank.

Egyptian equities are now really worth a look, Bloomberg argues: “Rising profit expectations are making Egyptian stocks [less expensive] to own. The EGX 30 Index trades at 8.3 times projected 12-month earnings, one of the lowest valuations in emerging markets.”