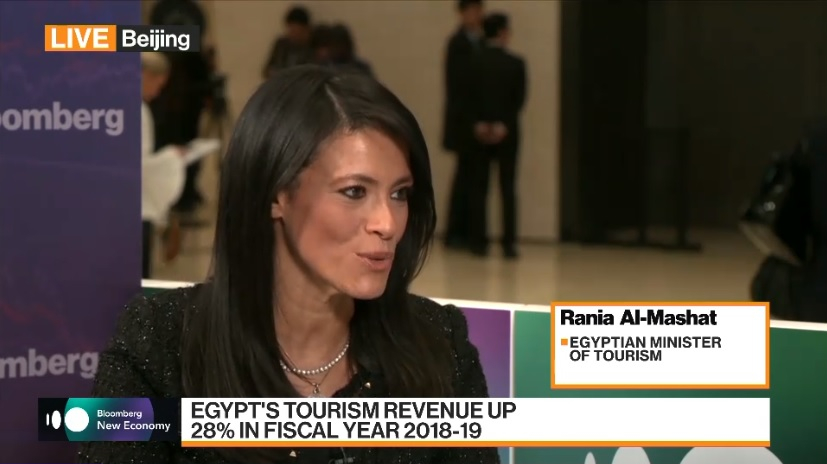 Egypt’s tourist arrivals to hit pre-revolution levels next month: The number of tourist arrivals in Egypt should reach the same levels they were back in 2010 by the end of next month, Tourism Minister Rania Al Mashat said during a Bloomberg TV interview on Thursday in Beijing (watch, runtime: 5:55). Al Mashat noted that tourism revenues had already recovered to previous record levels in FY2018-2019, reaching USD 12.5 bn, but arrival numbers continued to lag. This mismatch indicated that tourists who now visit Egypt tend to stay for longer durations, according to the minister.

Tourism in Egypt is an ideal example for how the private sector can lead an industry with the support of the government, with some 98% of the industry being operated by private companies, Al Mashat said. She noted that the strong presence of the private sector in Egypt’s tourism industry is made possible by the government creating the correct legislative environment and providing the necessary infrastructure. The minister pointed to Egypt’s Tourism Reform Program, her ministry’s long-term policy framework that aims to take a preemptive — rather than reactive — position on developing the Egyptian tourism industry as a key part of the structural reforms enacted under the IMF-backed reform program.

Meanwhile, the inauguration of the Grand Egyptian Museum and the 170 km Red Sea Mountain Trail are expected to attract more tourists next year, Al Mashat said. This comes as part of Egypt’s efforts to give travelers options that go beyond “cultural heritage or sun and sea,” and promote different destinations around the country.