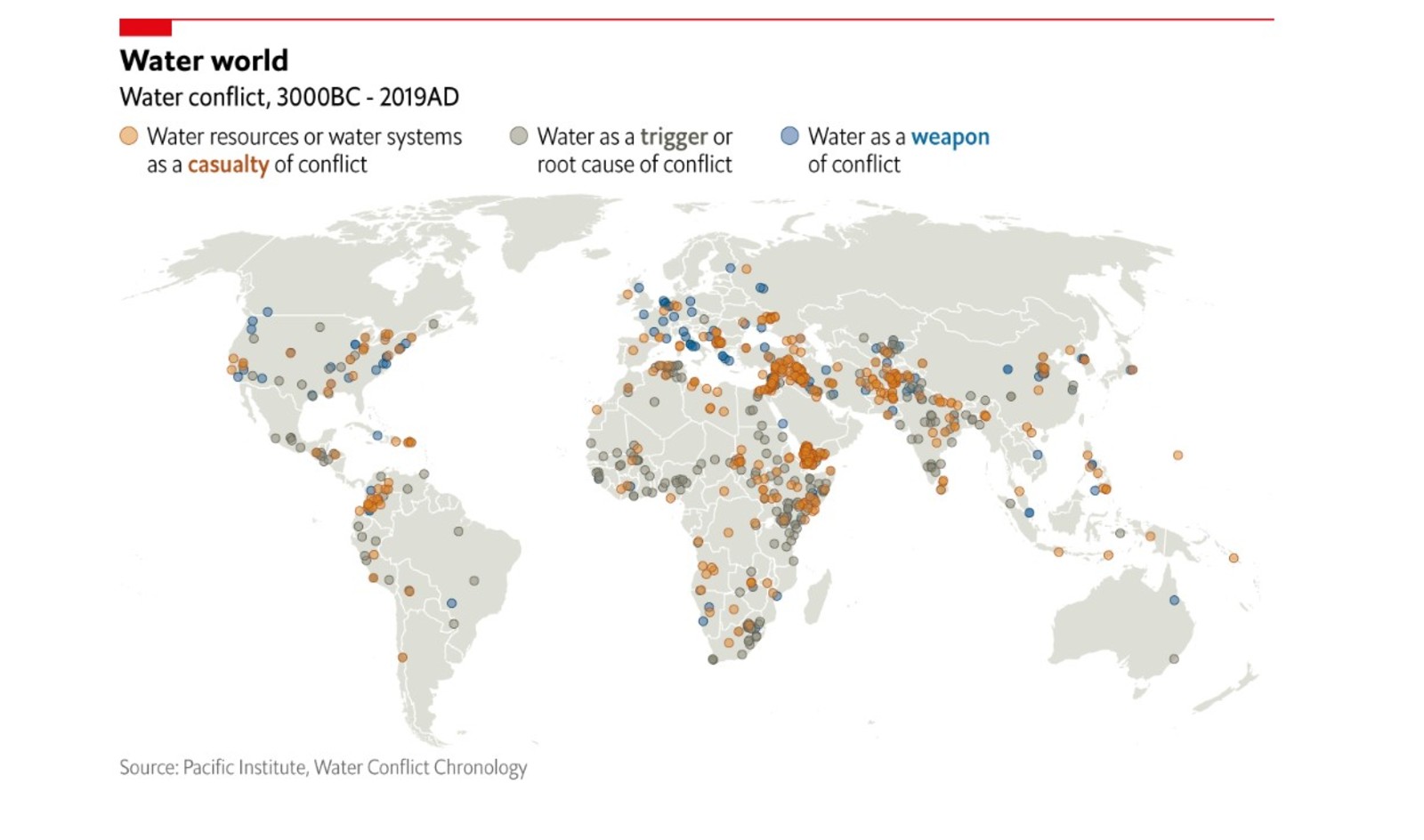 The Egypt-Ethiopia-Sudan water conflict is just one in a long line of struggles over the world’s most precious resource: As this chart from the Water Conflict Chronology database shows, water has played a role in human conflicts throughout recorded history, and, as it becomes ever more scarce, water-related disputes are starting to become increasingly common. The database, maintained since the 1980s by a California-based think-tank, shows three distinct ways that water can be part of conflict: It could be a weapon (a vehicle of poisoning or flooding, causing mass casualties or injuries), a casualty (with water systems being the target of attacks), or the trigger of violence. Unsurprisingly, most of the water-related disputes documented in Egypt involve water as a trigger or root cause of conflict. And a separate study shows that the Nile is one of five rivers in the world most likely to be at the heart of cross-border water disputes, the Economist reports.