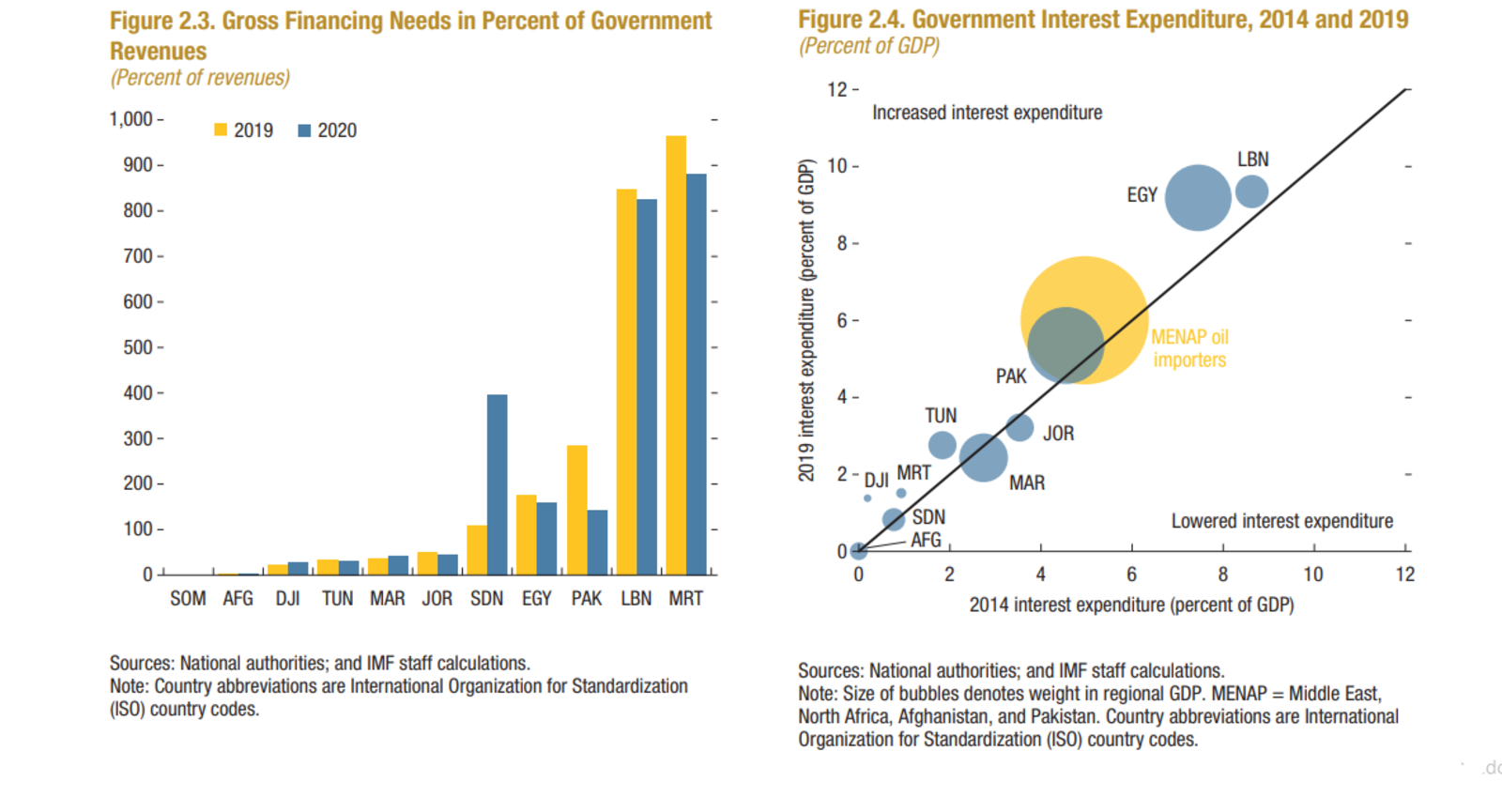 Egypt still expected to outperform EMs, regional oil importers on GDP, but debt pressure is “acute,” IMF says: GDP growth across MENAP oil importers is expected to average at 3.6% in 2019 and 3.7% in 2020, the IMF said in its October 2019 Regional Economic Outlook (pdf). When excluding Pakistan and Sudan, which are driving down the regional average, MENAP oil importers are forecast to see average economic growth at 4.4% this year. That’s still lower than the 5.5% growth forecast the IMF penciled in for Egypt this year in its World Economic Outlook, which it released earlier this month. Growth in Egypt is expected to remain “strong” on the back of rising gas production and tourism recovery, the IMF says.

Egypt got props as a model case when it comes to progress on structural reforms, which the IMF says was key in balancing social and economic challenges. The report notes that the government’s reform program helped to narrow the current account and fiscal deficits, while driving up growth and foreign reserves, and driving down inflation, unemployment, and debt figures.

But we’ve still got some ways to go when it comes to reforms: Egypt needs to focus on improving its business climate and curb the state’s involvement in the economy to make way for private sector investments that will spur growth, the fund says. The country currently needs to create 700k new jobs per annum to keep up with new entrants to the labor force — a target that will only be achievable through a “transparent, market-driven economy.” The fund also stresses that female labor force participation in Egypt, Mauritania, Morocco, and Tunisia is currently low despite being a “huge untapped resource,” which requires significant investments in education and health services to unlock.

Debt and interest payments remain the biggest risk for Egypt and oil importers: Gross financing needs for Egypt, Lebanon, Pakistan, and Mauritania are quite high; Egypt’s financing needs (which the fund notes accounts for the impact of debt maturity) are nearly double the size of government revenues. This is creating “acute” pressure on government budgets and are creating less space for the government to allocate funding to investments that are of “critical” importance for the region’s long-term growth trajectory. Consistently rising interest payments is “the largest component of short-term budgetary pressure” for Egypt, Lebanon, and Pakistan.