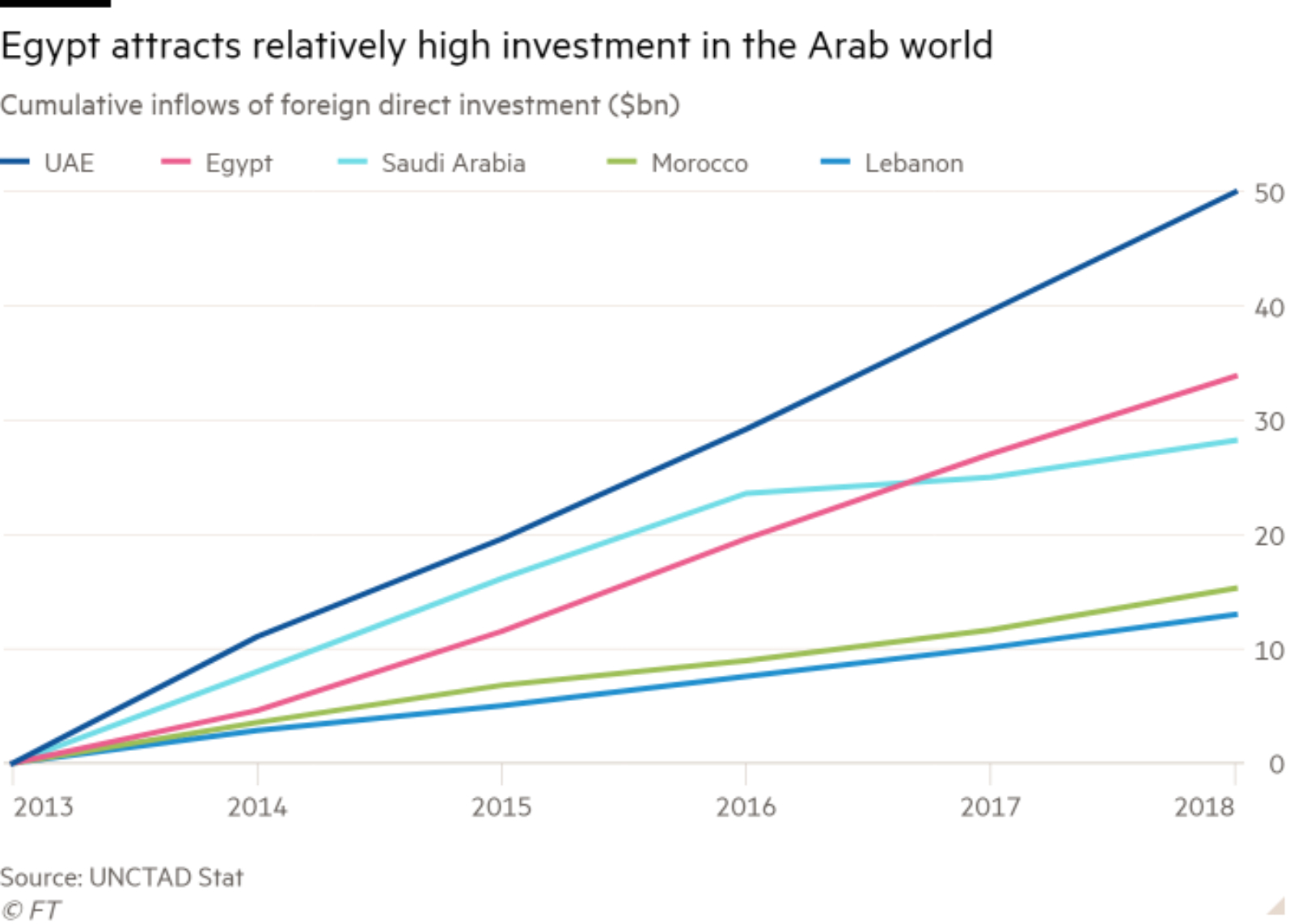 Expect Egypt’s hot money inflows to keep up as long as short-term investors see political stability — and a positive post-loan relationship with the IMF. That’s the key takeaway in this piece by the Financial Times’ Heba Saleh on the attractiveness of Egypt’s debt. Short-term carry trade investors, Saleh says, are not particularly concerned with indicators that other investors might watch, including high debt levels, lagging FDI, and a substantial deficit.

Outflows following last month’s protests — which Citi says hit USD 800 mn — could return to Egypt if the political climate remains stable, analysts say. “Egypt remains popular because it is a high-yield jurisdiction that is relatively stable and especially attractive in comparison to other emerging markets because of its macro-stability,” Goldman Sachs MENA economist Farouk Soussa tells Saleh. Soussa also noted that he does not foresee “major fluctuation” in the FX rate, considering Egypt’s rising reserves.

The short-term carry trade could wind down soon, but expect a transition to long-term debt: As the Central Bank of Egypt resumes its monetary easing cycle, analysts expect investors to look at longer-term instruments. “Investors are not leaving Egypt. They are buying long-term bonds to take advantage of the potential for further rate cuts,” Soussa says. The Goldman Sachs analyst warns that this is not a sustainable situation, and that yields will eventually fall enough to make even long-term debt holdings unattractive. However, Citibank Africa economist David Cowan does not expect this scenario to materialize anytime soon, particularly “in a world of zero interest rates.”