Egypt’s tax revenues expected to account for 14% of GDP, investments to spur GDP growth in FY2019-2020 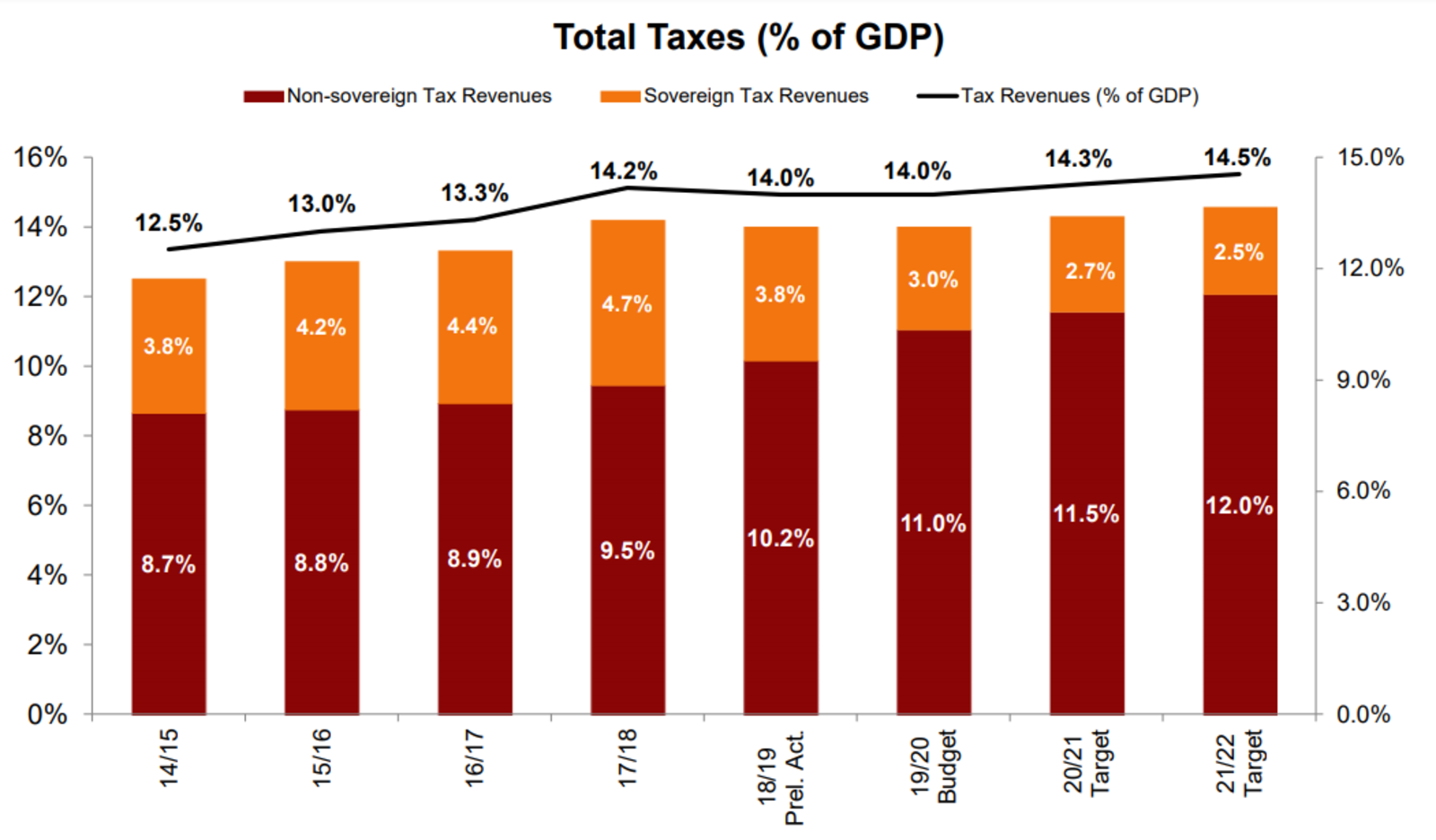 FinMin sees tax revenues accounting for 14% of GDP, investments contributing bigger portion of GDP growth in FY2019-2020: The Finance Ministry expects Egypt’s tax revenues in FY2019-2020 to comprise 14% of the country’s GDP, with that figure projected to rise to 14.3% and 14.5% in the next two fiscal years, according to a report compiled by PricewaterhouseCoopers (pdf). The ministry’s projections for the current fiscal year’s tax revenues fall below the revenues recorded in FY2017-2018, and would see the revenues remain the same as the last fiscal year, albeit with a higher percentage of non-sovereign taxes.

Investments, including those from the public and private sectors, should contribute 2.5% of Egypt’s real GDP growth this fiscal year, according to the report. Previous figures show private investment hitting a peak of 1.4% of GDP growth in FY2017-2018. Projections for the current fiscal year do not delineate the ratio of public and private investments. Net exports are projected in the FY2019-2020 state budget to contribute 2.3% of real GDP growth, up from 1.9% last year and 1.7% the previous year.