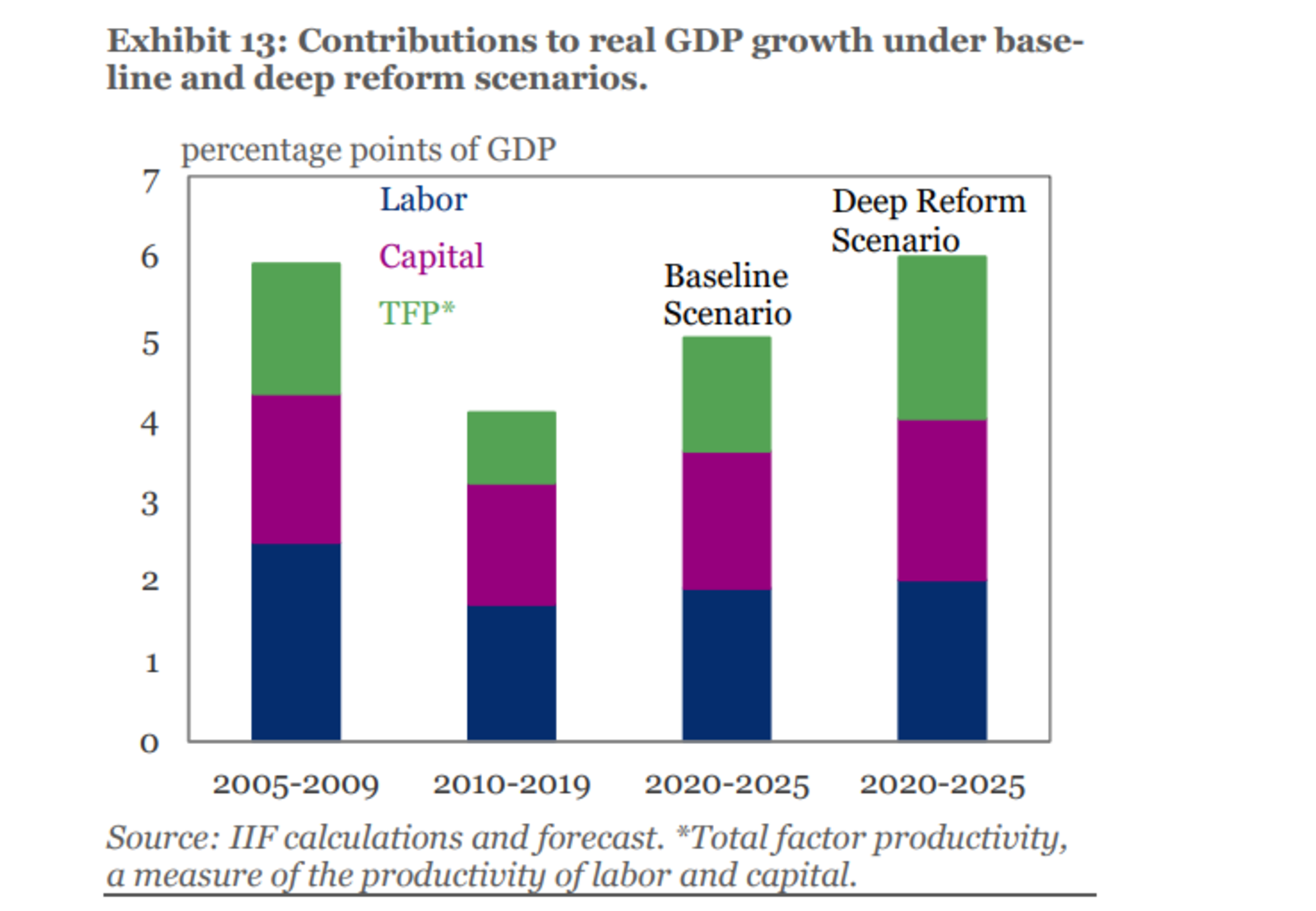 The Egyptian economy has proven resilient, but further reform is needed to sustain growth- IIF: Egypt is in a strong and “resilient” position three years after the start of the IMF-backed reform program, but there are still structural challenges to overcome to sustain economic growth, the Institute of International Finance (IIF) said in a report published on Monday. Macroeconomic stability has been underpinned by strong economic growth, which is expected at around 5% beyond the near term, and a healthy banking sector which has seen increasing capitalization and a decrease in non-performing loans. With headline and core inflation falling, the IIF joins the growing chorus of economists predicting an imminent easing of monetary policy.

Narrowing deficits, steady reserves, and subsidy reductions are all good signs: Fiscal consolidation has seen the deficit narrow to 8.2% of GDP, and this is expected to continue falling to 7.2% in FY2019-2020. The primary surplus, meanwhile, is also expected to increase from 1.7% to 2.5% of GDP. Spending on fuel and electricity subsidies is expected to fall to 1% of GDP in the current fiscal year, and targets to completely eliminate them by FY2020-2021 is achievable due to the continued slump in global oil prices, the report says. The current account deficit is expected to narrow to 2.5% of GDP and exports are likely to increase by 7% this fiscal year. Capital inflows, however, are forecast to continue a trend of decline, having fallen to USD 16 bn in FY2018-2019 from USD 27 bn in FY 2017-2018, but with narrowing deficits and a “comfortable” level of reserves, Egypt is well-positioned to withstand global volatility, the report says.

But we need more FDI and private sector growth: While “considerable progress” has been made on a structural level, and legislation has improved the investment climate and the ease of starting new ventures, the report says that the government must work to encourage private sector growth and non-oil FDI to maintain growth of 5-6%. It recommends that the state reduce its role in the economy, reform public procurement, and create more space for private sector initiatives.