Development in emerging markets is being held back 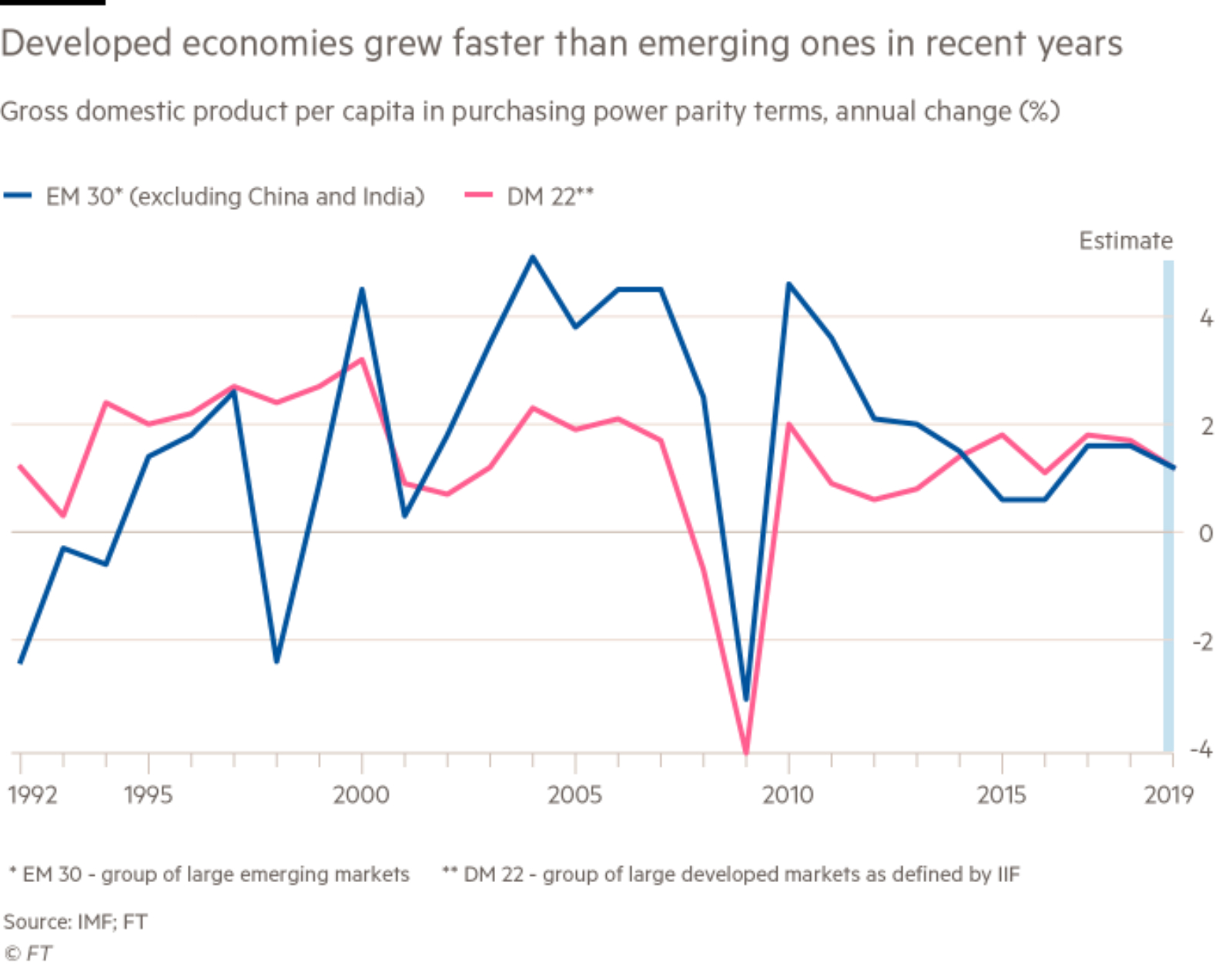 Ominous EM outlook of the week: Deglobalization, the Chinese slowdown, and a decade of financial stimulus in advanced economies are holding back emerging markets from catching up with the developed world, Jonathan Wheatley writes in the Financial Times. Emerging markets seemed destined for alignment with the West earlier this century, as increasing trade, growing global interdependence of supply chains, and the commodities boom of the 2000s fueled unprecedented economic growth and lifted mns out of poverty. But in the years since the 2008 financial crisis, emerging markets have set upon an altogether different path, and while demographic and technological trends bode well for the long term, there are significant uncertainties about what the short and medium-term future may hold.

The growth of protectionism has led to many proclaiming that the end of globalization is near, and while these apocalyptic predictions may prove to be unfounded, emerging markets are not best placed to cope with new trade barriers and geopolitical battle lines. A continuation of this trend may mean the emerging markets will need to find new ways to fuel growth at a time when investment is falling and productivity figures are slipping.

Growth in China, responsible for carrying so many emerging markets into the 21st century, isn’t what it was. GDP has slowed since 2008, its dependence on imports has increased, and non-financial sector debt has soared. “China is one of the big risks,” David Spegel, founder of Fundamental Intelligence, tells the FT. “As the economy matures, the ability of the authorities to have an impact is not what is was.”

We saw last year what a strengthening USD can do to emerging markets, and there’s a chance it could appreciate again later this year. Although the US Federal Reserve is likely to cut rates later this month, investors may well rush into the USD amid signs of a global slowdown. Any strengthening of the USD will only increase borrowing costs for emerging markets, tightening financial conditions.