Egypt has one of the fastest growing populations in the world 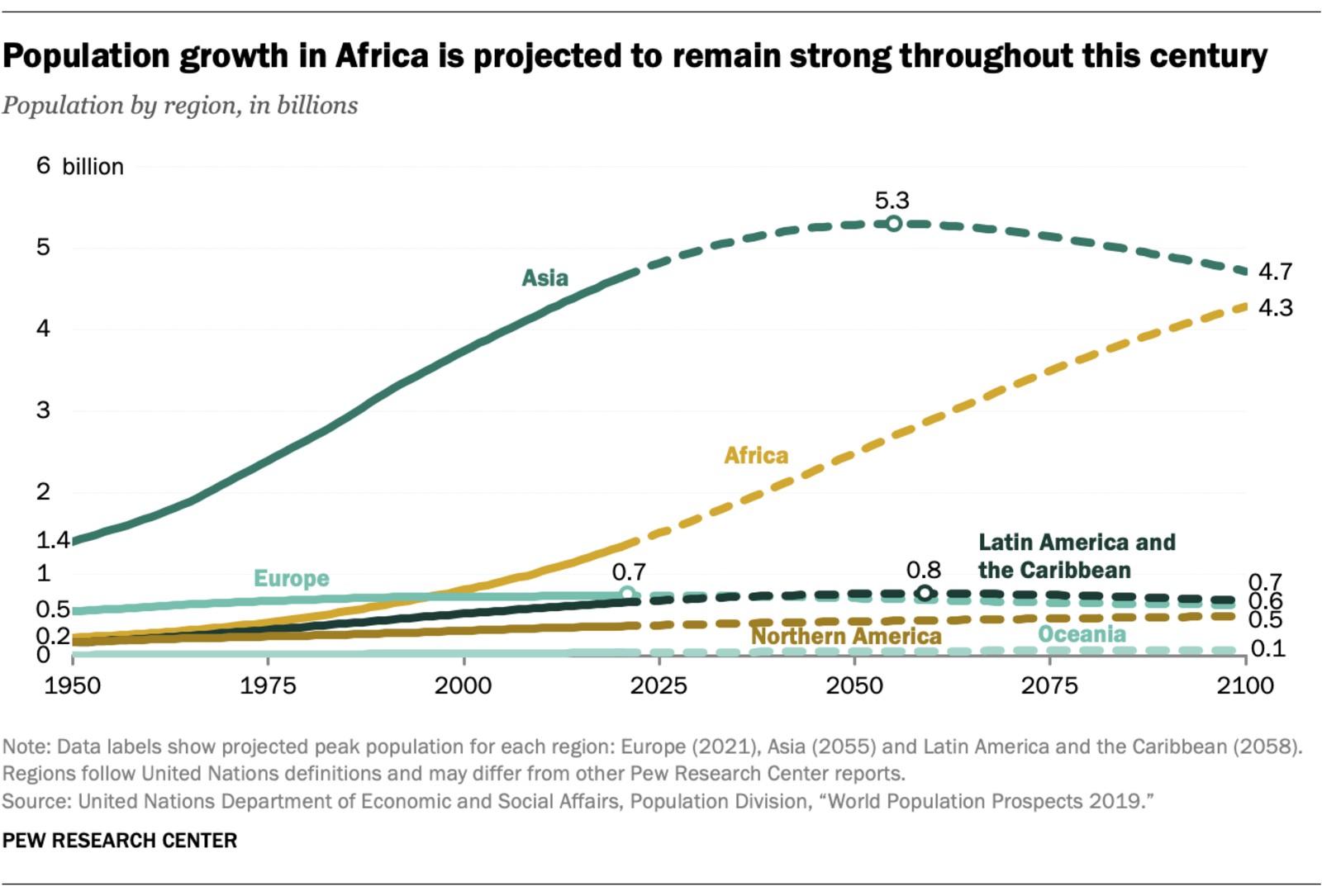 Egypt has one of the fastest growing populations in the world: Egypt will have to support an extra 60 mn people in the next 30 years as the population rises to 160 mn by 2050, UN findings show (pdf). The report has Egypt among the nine countries expected to show the largest population increase between now and the middle of the century. Data forecasts Egypt’s population to rise to almost 121 mn people by 2030, and most alarmingly, for it to more than double in size to 225 mn by the end of the century.

The global population will reach 9.7 bn by 2050: India will see the largest growth, with Nigeria, Pakistan, the Democratic Republic of the Congo, Ethiopia, Tanzania and Indonesia also likely to increase significantly.

And by the end of the century, the planet will likely need to sustain some 11 bn people. Yes, 11 bn.

President Abdel Fattah El Sisi has termed Egypt’s population boom a “challenge as critical as terrorism.” We already face severe resource shortages, with climate change and housing demands meaning a loss in arable land, and rising sea levels, water shortages and pollution all posing grave threats to health. Capmas has said that if we want a healthy, well-educated, competitive population, our population growth rate must be one-third that of economic growth. Our current GDP growth rate of 5.6% may be robust, but growth averaged 4.07% between 1992 and 2017. The IMF has predicted a labor force of 80 mn by 2028, and neither our current education system or our economy are equipped to handle these new entrants to the market.

What is being done to control it? Although successful government family planning campaigns in the 1990s slowed the population growth rate from 3.5% in the 1970s to 1.7% in the mid-2000s, it was back to 2.11% in 2011 and still hovering around the 2% mark in 2016. Last year, the government launched the five-year, USD 19 mn “Two is Enough” campaign to raise awareness of the economic costs of having more than two children. However, some argue that it fails to address the economic and cultural motivations in Egypt for having large families.