We hate to open on a down note, but yesterday wasn’t a great day for macro indicators: Both the purchasing managers’ index and inflation data for May rolled back progress seen in April, with non-oil business activity slipping back into contraction territory and inflation spiking to 14.1% from 13% the month before. Analysts say that the increase was more than expected, and is already driving speculation that any potential interest rate cut will be pushed back, particularly as we await the inflationary effects of the fuel subsidy cuts due to take place next month. We have chapter and verse in this morning’s Speed Round below.

Meanwhile, the budget debate continues in the House of Representatives today as MPs work toward bringing in a finished document in time for the start of the new fiscal year on 1 July. And if they miss the mark? There’s no US-style government shutdown here, folks — the current budget rolls forward and becomes the 2019-2020 budget until the new document is approved by the House and signed-off by President Abdel Fattah El Sisi.

On with the day’s proceedings: Energy will be the subject of a number of meetings and conferences today, including the Observatoire Méditerranéen de l'Energie (OME) in Paris, at which Oil Minister Tarek El Molla will deliver a keynote address, according to a ministry statement picked up by Ahram Gate. Then there’s Offshore Congress MENA, taking place at the InterContinental Semiramis today and tomorrow.

Also this week is the African Anti-Corruption Forum (AACF), which will be held in Sharm El Sheikh on Wednesday and Thursday.

Lots more is happening before summer break: Among the events you may want to mark on your calendars: 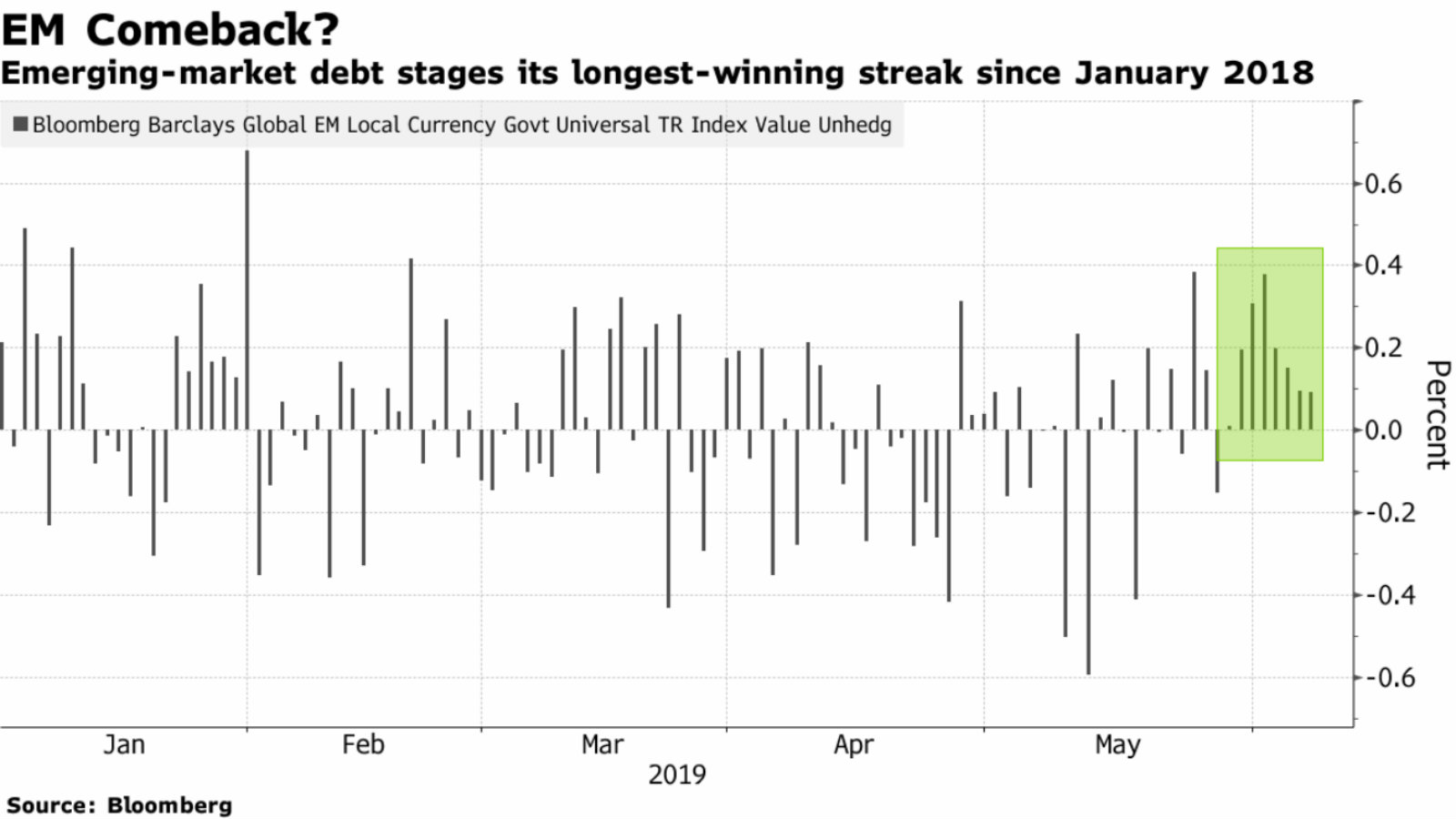 Emerging markets appear to be getting a reprieve from the recent trade-induced downslide: EM equities have posted their second consecutive week of gains, while EM debt has entered its longest winning streak since January 2018, according to Bloomberg.

Middle East shares are also looking up: Most exchanges in the region have rebounded since the Eid break. Both the EGX and the Tadawul closed yesterday up 1.7%.

This is good news, right? Although a reduction in equity-market volatility is obviously welcome, this is being driven by hopes that the US Federal Reserve will soon move to cut rates. To be clear, the Fed will only return to easing unless it believes that an economic downturn is a serious possibility. The Fed committee that sets interest rates next meets 18-19 June. 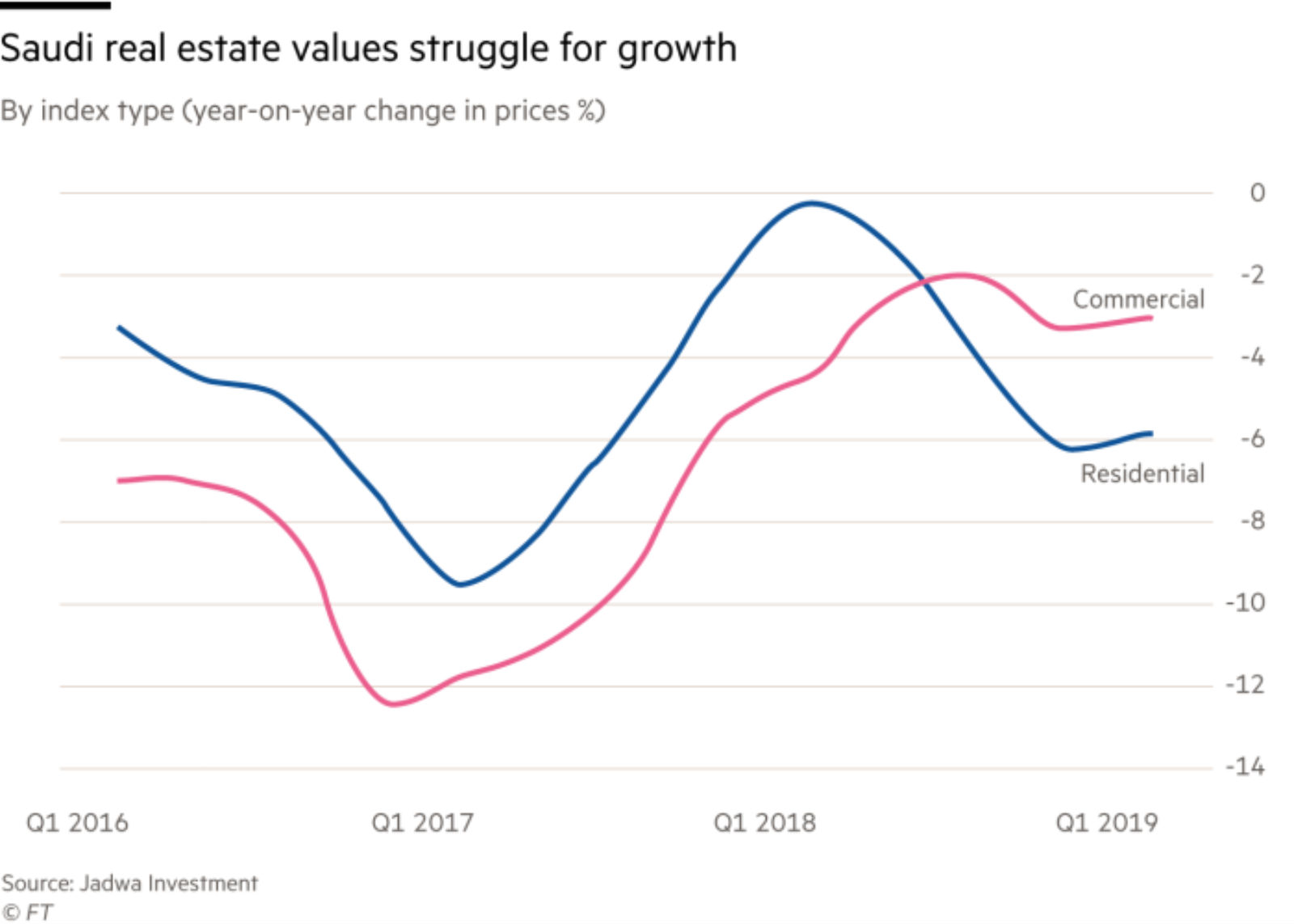 We’re not the only ones who like to grumble. A number of private-sector companies in Saudi Arabia are griping at the negative impact of de facto Saudi ruler Mohamed Bin Salman’s reforms, according to the FT. “There are about 7,000 industrial firms in Saudi Arabia and many of them are losing money or barely making money,” says a foreign executive. The real estate sector appears to be also feeling the heat from “Saudification” — the process of weeding out foreign workers from sectors. That, coupled events including the murder of the columnist Kamal Khashoggi and the extended stay packages offered to select wealthy guests at the Ritz Carlton, has left the private sector and foreign investors waiting in the sidelines of an ambitious reform program that depends on them, the salmon-colored paper says.

“Where’s my money?” said everybody to Abraaj: The now-defunct private equity firm still hasn’t paid many of its foreign workers their end-of-service benefits, sources tell the WSJ. The company has reportedly only paid out a quarter of what it owes to its foreign workers, while some employees who worked for more than 10 years at the firm are yet to receive any payment.

A “miniature time bomb” in Gulf human resources regulations? Abraaj’s situation points to a wider regulatory problem in the Gulf, where companies are not required to set aside cash to cover end-of-service benefits. A 2018 report by Willis Towers Watson estimated that almost 90% of companies in the Gulf have no plans in place to fund the payments, leading one analyst to describe the situation as a “miniature time bomb,” the FT reports.

UAE is the first country to approve Uber-Careem merger: March’s mega-merger of the MENA ride-hailing superpowers finally got the green light from UAE regulators yesterday, MENABytes reports. So far as we know, the Egyptian Competition Authority still objects to the tie-up.

International headlines worth a moment of your time this morning:

WEATHER PSA: Our favorite weather app tells us that it will be overcast in the capital today, with daytime highs reaching 38ºC and lows of 23ºC. Expect more sun tomorrow, with temperatures dipping slightly to 22-35ºC.