Trade tensions are starting to take their toll on emerging markets 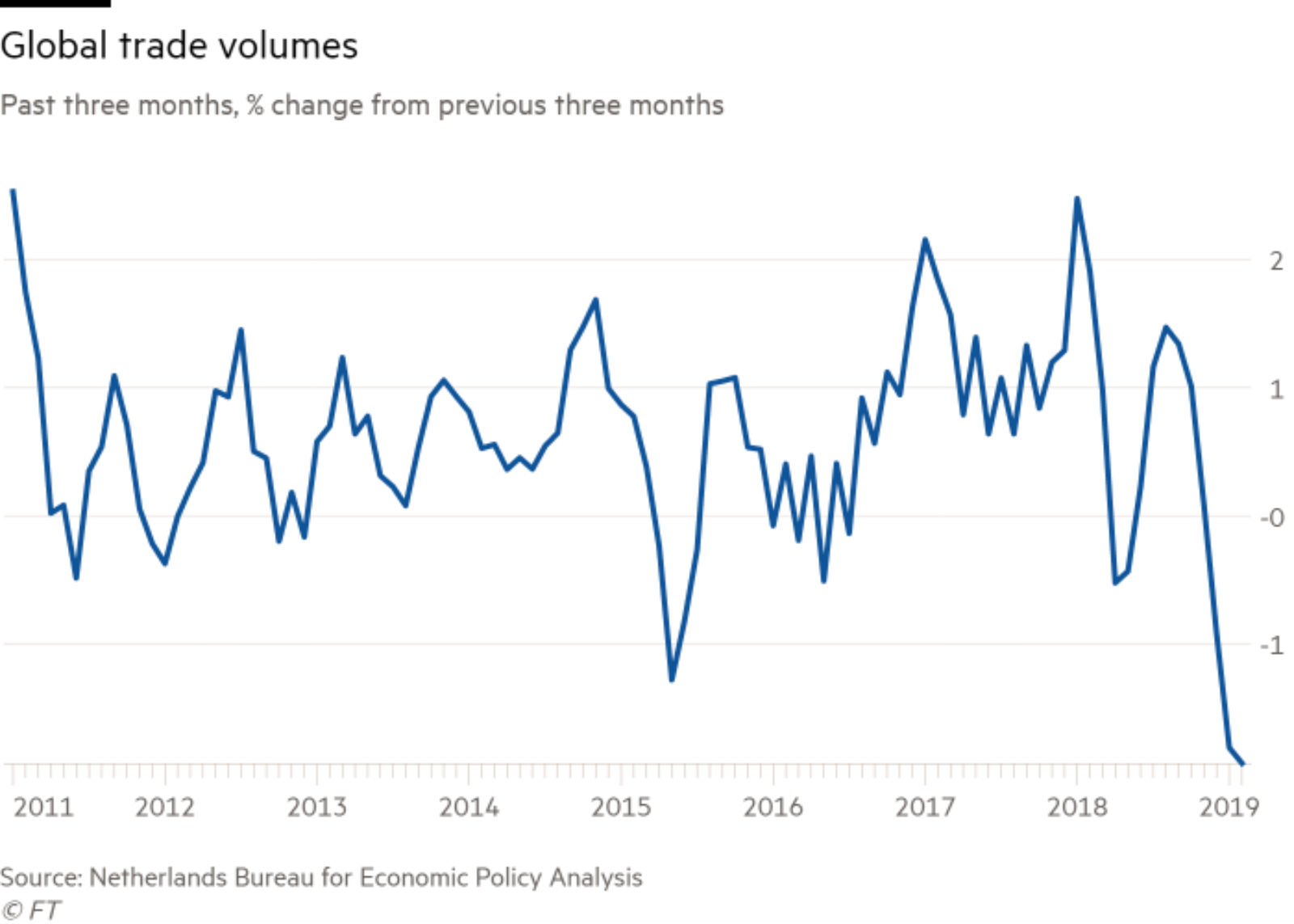 Trade tensions are starting to take their toll on emerging markets: Emerging markets are beginning to feel the strain as escalating trade tensions cause global demand to weaken further, Hung Tran, non-resident senior fellow at the Atlantic Council, writes in the Financial Times. Many EM economies are dependent on exporting commodities and low-end manufacturing products to places like China — which becomes a problem when a major buyer such as China starts to reduce its orders. As the weight of Trump’s tariffs cause China’s exports to the US to slide, the falling Chinese demand for EM goods and commodities has accelerated. “Increasingly, EM countries are suffering the collateral damage of the trade war,” Tran says, cautioning that the current headwinds are unlikely to dissipate any time soon.

Funds are beginning to dump EM assets: Since the collapse of US-China trade talks earlier this month, EM equities have fallen more than 8%, while EM equity exchange-traded funds have seen outflows of USD 10 bn over the past two weeks. Major investment banks such as Goldman Sachs and JPMorgan have scaled back their exposure to EM assets as uncertainties over global trade continue to mount.

But it could be worse: The IMF is currently forecasting emerging markets to grow by 4.4% and emerging Asian economies by 6.3% this year. While these rates are the slowest since 2015 and 2001 respectively, Institute of International Finance economist Sergi Lanau, who predicts “roughly stable growth” for EMs this year, reminds us this is still an improvement on what economists were predicting earlier this year. “It is very different from what people were contemplating a couple of months ago, when the stories sounded a lot like the risk of global recession,” he told the FT.