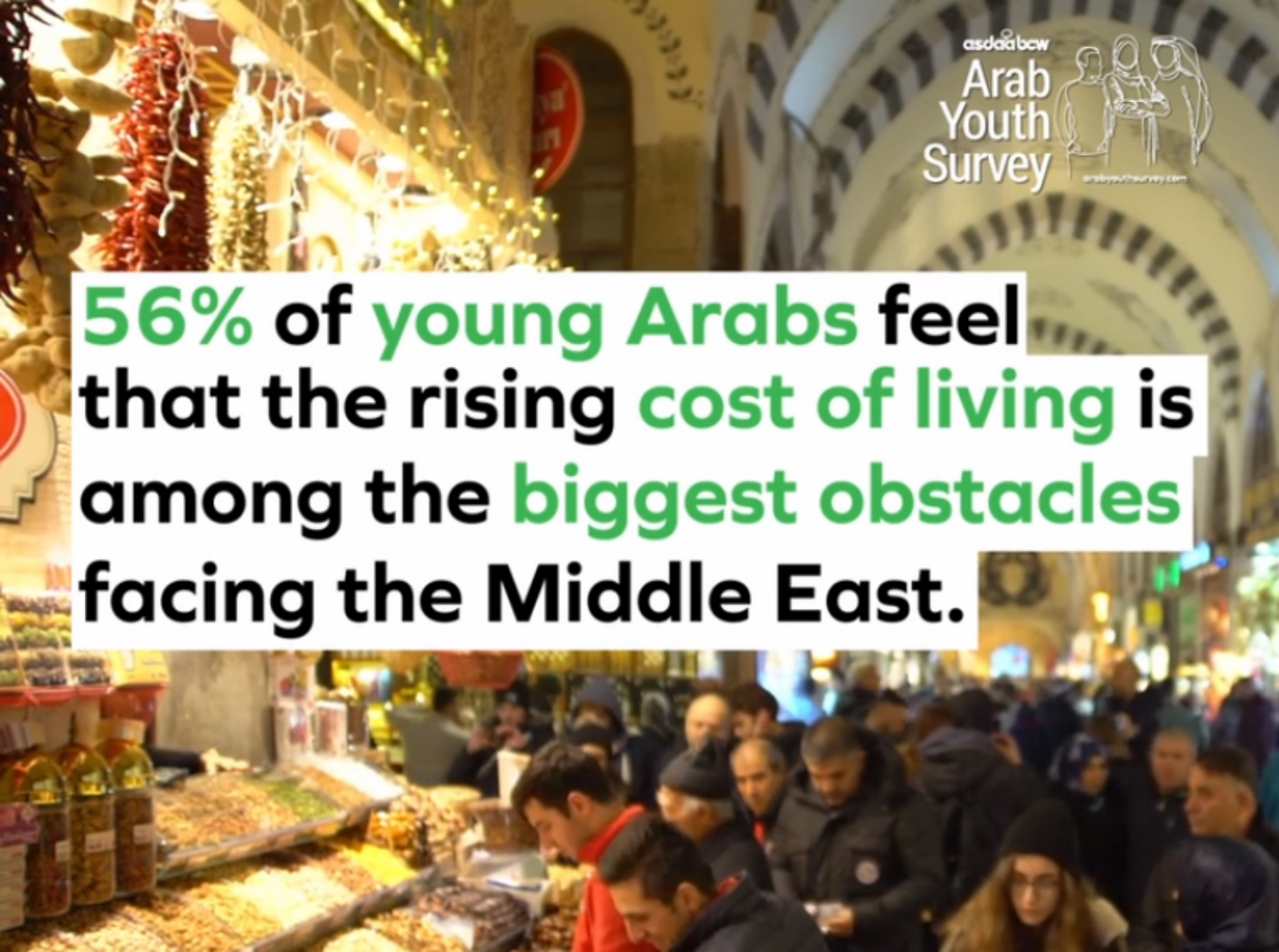 Three-quarters of those surveyed in North Africa want the government to do more to bolster the economy, compared to only 39% in GCC states. The majority were in agreement that their governments have a responsibility to provide safety, education, healthcare, energy subsidies, jobs and housing to all citizens.

But reliance on the public sector for employment is not solving the problem, the IMF’s Jihad Azour writes in the report. An estimated 2.8 mn young people will join the workforce every year in the next 10 years, and yet unemployment remains extremely high (exceeding 30% in several countries). Looking to the public sector as source of jobs compounds the problem, undercutting education reform and the growth of the private sector, he says.