Non-oil business activity in Egypt contracts for fourth consecutive month, but at a slower pace 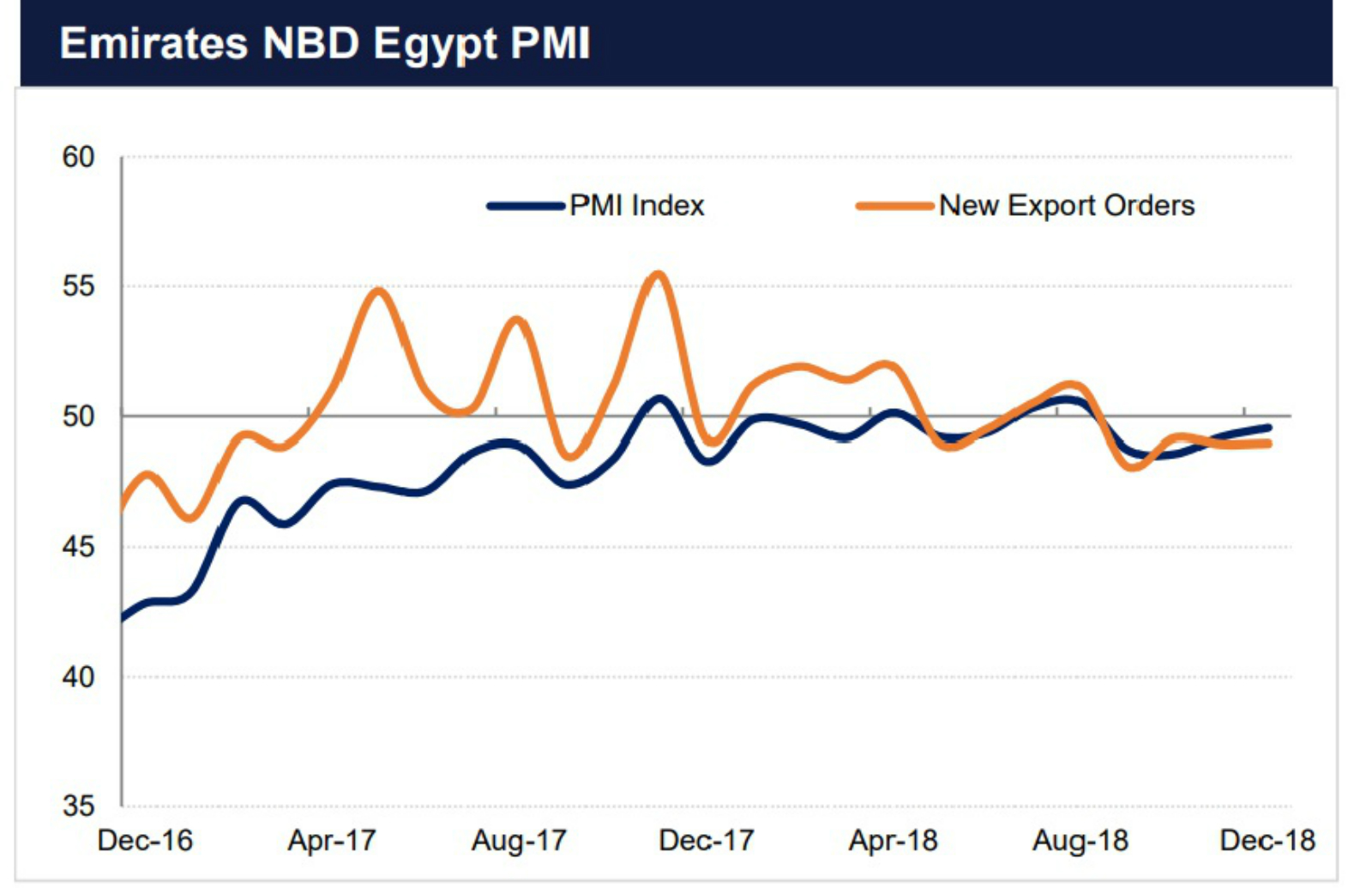 Purchasing managers’ index rises in December to four-month high, remains in contraction range: Non-oil business activity in Egypt contracted for the fourth consecutive month in December, but at a slower pace than the previous two months, according to the Markit / Emirates NBD purchasing managers’ index (pdf). The PMI rose to 49.6 in December from 49.2 in November and 48.6 in October, missing the 50 expansion mark by a narrower margin during the last month of 2018. The reading also remains the highest in four months — and there remains reason for optimism that 2019 will “see something of a recovery” for the private sector.

New orders in December rose to their highest level, “boding well for future output levels” despite output dropping to 48.8 from 49.2 a month earlier. “There was also an increase in firms’ purchasing activity from 51.2 in November to 52.0 [in December], the highest reading since May, as respondents cited increased business requirements.”

Confidence in future output also increased, albeit by a small margin in December to 60.3, from 60.3. “This has fallen from the 80.5 seen in January, but is likely a reflection on the improvements already seen in the economy rather than any negative sentiment.” The market is generally optimistic about the 12 months ahead, with “the bulk of firms [expecting] the volume of output to be the same or higher.”