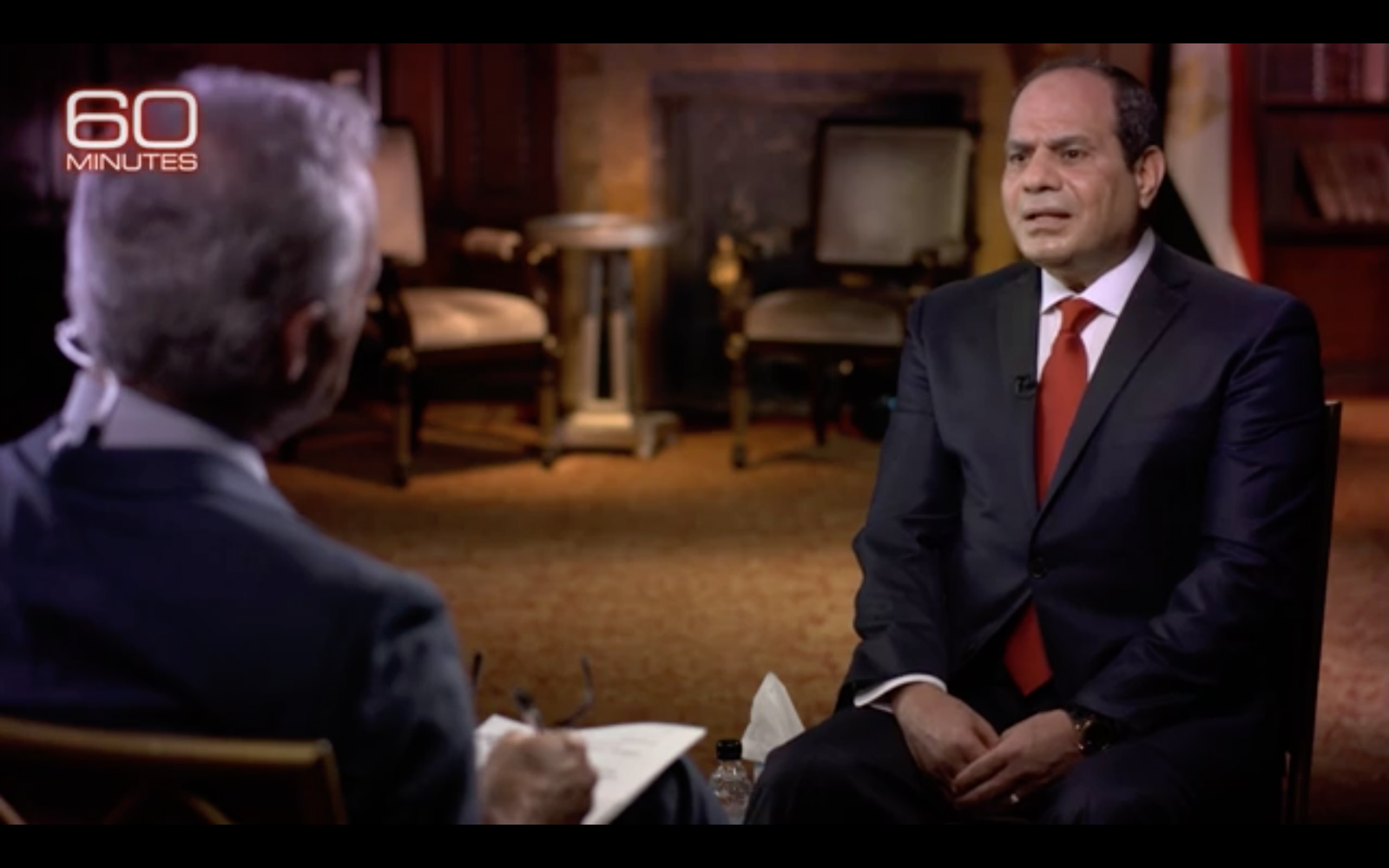 El Sisi talks terrorism, Ikhwan, political prisoners in CBS 60 Minutes interview: Egypt has been cooperating with Israel in the sweeping anti-terrorism campaign in Sinai, which is necessary to allow Egypt’s Air Force to cross into Israeli airspace, President Abdel Fattah El Sisi said in an interview on CBS’ 60 Minutes.

El Sisi defended Egypt’s efforts to wipe out terrorism in the peninsula — and the US providing some USD 1.3 bn per year in military aid to support these efforts, saying that the US is “investing in security and stability in the region.” Alluding to the difficulty in completely quashing a militant insurgency, the president said that the US failed to defeat terrorism in Afghanistan “after 17 years and spending USD 1 tn.” The statement comes amid reports that the US House of Representatives wants to maintain a USD 300 mn freeze on military aid to Egypt.

The president also denied that Egypt has political prisoners or prisoners of opinion, saying that those who organizations such as Human Rights Watch count as such are a minority trying to impose their extremist thoughts on the rest of the country. Referencing the Ikhwan, El Sisi said that Egypt would “welcome them to live among the people” if they were not violent or trying to “destroy the Egyptian economy.” Host Scott Pelley also spoke to US citizen and former Islamist prisoner Mohamed Soltan about his arrest during the Raba’a sit-in and his time in prison, where he alleges he was “systematically” subjected to inhumane conditions.

You can watch the full interview here (runtime: 13:41) or read a transcript here.

The interview is guiding the conversation on Egypt in the foreign press, with the discussions being largely focused on the cooperation between Egypt and Israel and reports that Egypt tried to prevent the interview from being aired. Reuters says El Sisi’s confirmation that Egypt’s military is cooperating with Israel is a “rare acknowledgement” of what “can be a sensitive topic in Egypt.” The FT’s Heba Saleh is noting CBS’ allegations that the government attempted to have the interview pulled.