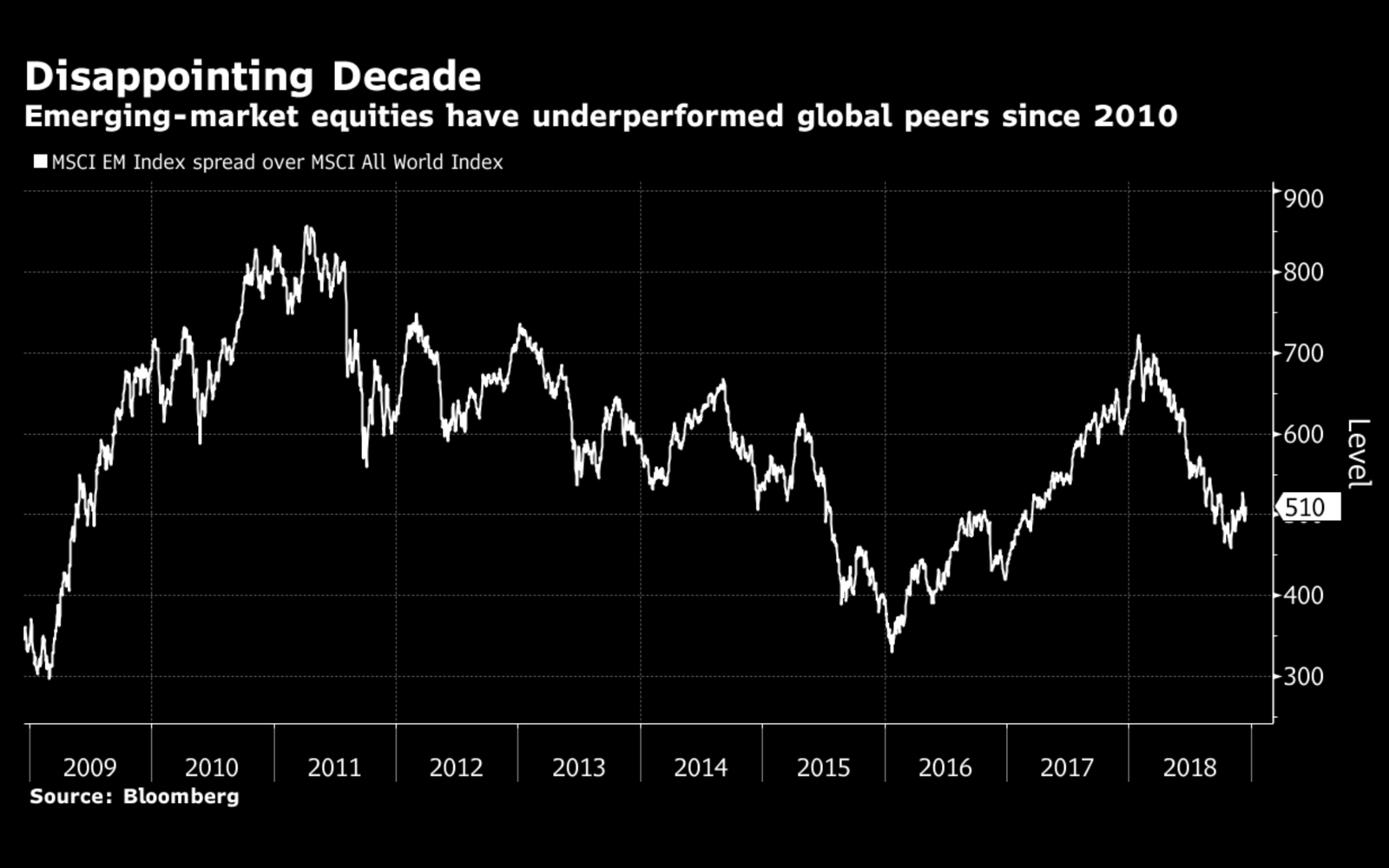 If it’s the end of the year, it’s time for Doom & Gloom — Bloomberg style. We look forward to the business information service’s Pessimist’s Guide every year, and the 2018 installment was really worth waiting for: It imagines what a run of climate disasters could do if they were to happen all at once. “The seeds were sown after an unexpectedly severe El Niño and widespread droughts diminished food production around the world, roiling trade patterns already broken by a tariff war. Hunger was rampant and refugees were on the move. … All the weather disasters and most of the policy scenarios described here have happened in the past. Just not at once.” “Bonus”: Egypt makes an appearance this year, as the package imagines bread riots after spiraling wheat prices force the government to cut bread subsidies. Read: The Pessimist’s Guide to 2019: Fire, Floods and Famine.

Requiring less imagination: Don’t be fooled by eight consecutive weeks of inflows into emerging market assets. Slower global growth, US interest rate hikes, the trade war and a weakening Chinese economy will all be bad for emerging markets in 2019, Bloomberg reports after taking the pulse of contrarian analysts, including the Societe Generale strategist who called 2018 as the year of the Emerging Markets Zombie Apocalypse. The best case scenario: A rebound sometime in 2019, just don’t ask the contrarians when that might take place, as the consensus appears that there is “no imminent turnaround for EM assets.”

Don’t cry for the carry trade: The JPMorgan Emerging Markets Currency Index (“probably the most-watched measure of its ilk”) has fallen 10.9% so far this year and is down 43% since the start of 2000, the Financial Times reports — but in reality, “the major EM currencies, at least, have been a profitable investment for most investors.” What gives? Sometimes, charts lie. Or don’t tell the full truth. Read: Emerging market currencies defy the doom mongers.

International news worth knowing this morning:

For the productivity nerds among us: Go read the Financial Times’ How I became more productive in 2018, which surveys business leaders, authors and FT writers. Among the many gems here: Stop bloody multitasking, people. It hurts more than it helps.

And for the Stranger Things fans among us: We’re still not sure how we missed it last week, but the episode titles for season three are out (watch, runtime: 1:01). Eight episodes will drop sometime in 2019.