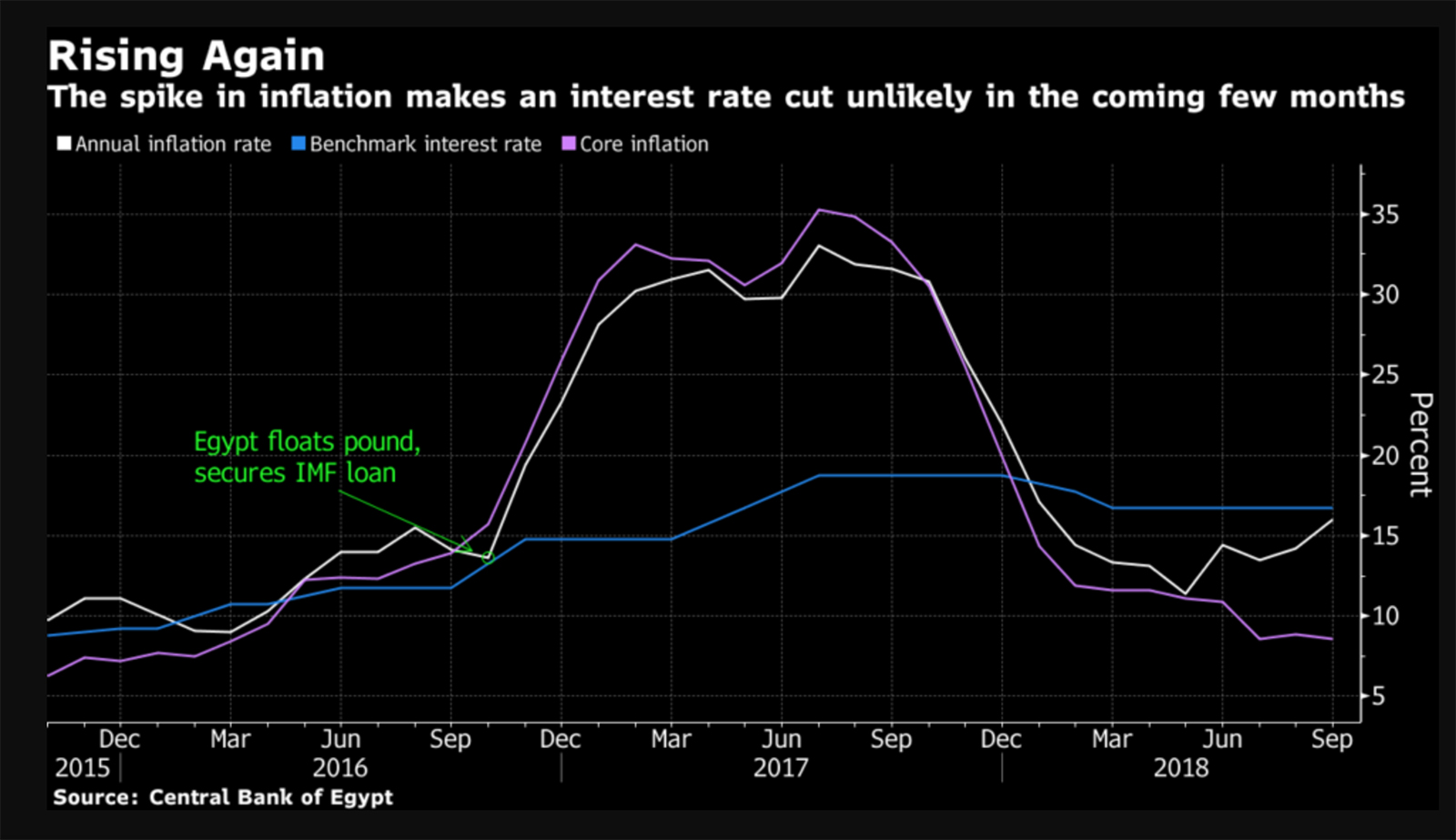 The accelerated inflation “reflects the continuation of massive increases in the prices of fruits and vegetables on a monthly basis, and, to a lesser extent, the … back to school season,” Pharos Holdings’ head of research, Radwa El-Swaify, tells Reuters. Inflation levels accelerated for a second time this year in August, after rising in June as a result of increases to the costs of fuel, power, and transportation as part of the government’s phase-out of subsidies.

What does this mean for interest rates? September’s inflation figures have “dashed hopes” the central bank will cut interest rates, particularly in light of the emerging markets sell-off, write Tarek El Tablawy and Ahmed Feteha for Bloomberg. “With inflation at such a level, it has now become almost certain that we won’t see rate cuts in 2018 or even the first quarter of 2019,” Pharos’ Mahmoud El Masry tells the business information service. El Masry also pointed to rising global oil prices and impending fuel subsidy cuts as risk factors for inflation. Allen Sandeep, head of research at Naeem Holdings, is not calling it just yet, telling Reuters that the outlook for interest rates could change based on October inflation figures.