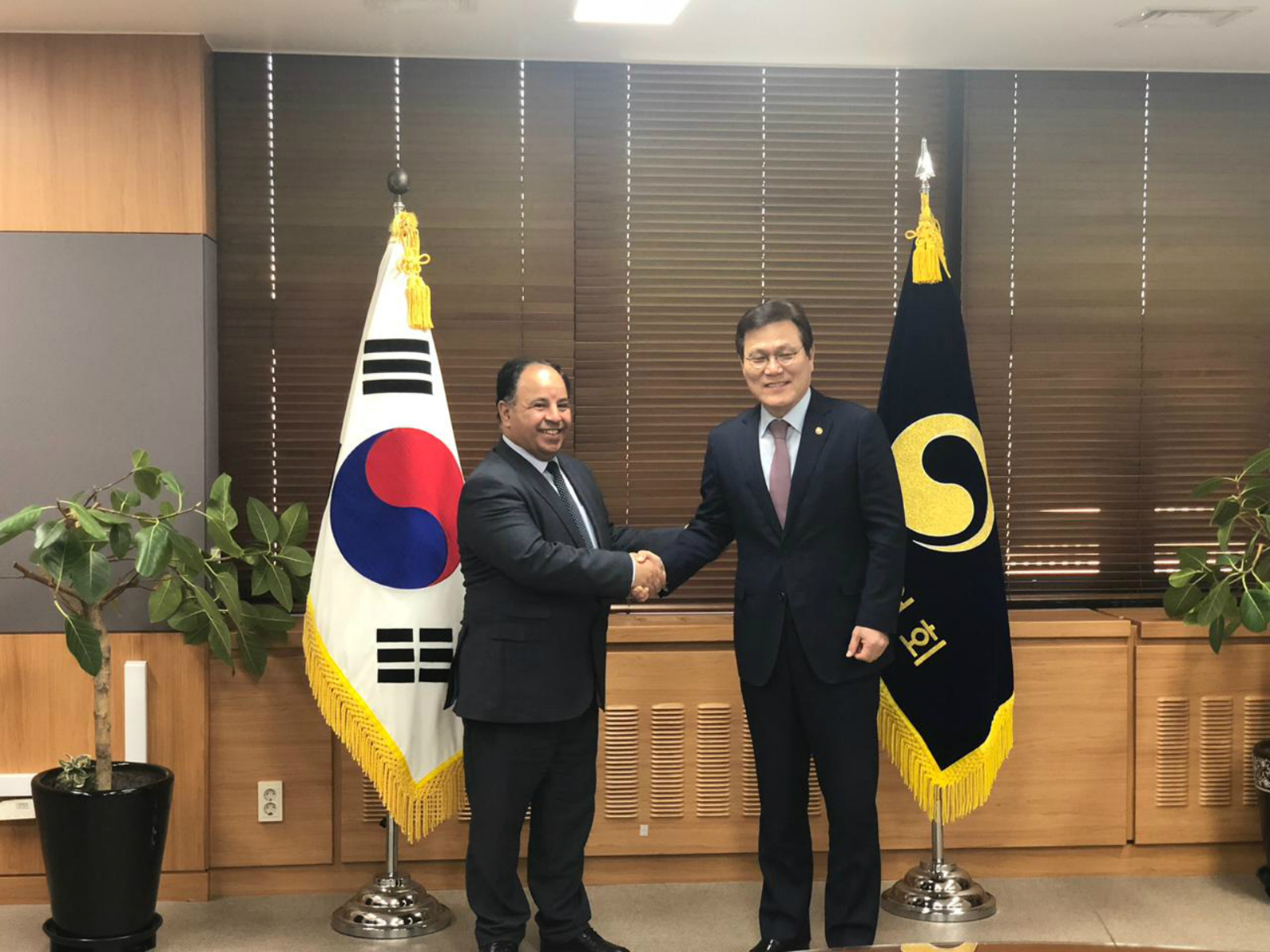 ** #3 Egypt sells t-bonds despite rise in yields: Egypt sold EGP 1.25 bn worth of five- and 10-year treasury bonds at auction yesterday despite a continued rise in yields, which averaged 18.41% on shorter-term offerings and 18.37% for the longer term, central bank data showed. Egypt had sold EGP 904 mn in T-bonds earlier this month after cancelling four auctions in September due to high yields, which the Finance Ministry said had crossed the “logical limit.” Minister Mohamed Maait had said sales would continue to be called off if yields remain high, pointing out that Egypt would look towards the global debt market — specifically Asia and Europe — to raise needed liquidity.

Maait meets with gov’t officials in South Korea as eurobond roadshow kicks off: On that note, Maait met yesterday with South Korean government officials and prospective investors in Seoul, where the ministry kicked off its nondeal roadshow in Asia ahead of Egypt’s planned USD 5 bn eurobond issuance, according to an emailed statement (pdf). The roadshow, which CI Capital is shepherding through its JV with Singapore’s Maybank Kim Eng, will also take Maait to Singapore, Hong Kong, China and Japan. The trip is meant to gauge the Asian market’s appetite for Egyptian debt, as the government works to broaden its investor base by exploring previously untapped markets.

Random note: Can we call Egyptian offerings in FCY “Hawawshi Bonds” and call LCY offerings “Molokheya Bonds?” Hardly seems fair the Japanese have Samurai bonds and the Chinese their Pandas and we have…no name.